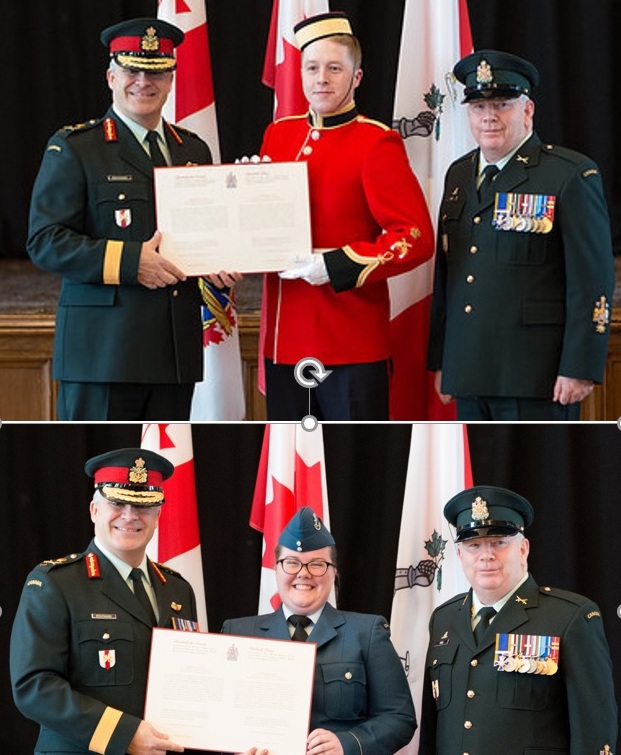 Caption: A Commissioning Ceremony, was held last Wednesday, 31 January. The ceremony took place in Currie Hal and presided over by the Commandant, BGen Bouchard.  The two newly minted officers are 2Lt Ethan Scheffler who is entering the Aerospace Engineering Officer (AERE)  classification and will be heading to Cold Lake soon.

Melanie Hughes a stalwart volunteer photographer for e-Veritas for the past few years will be heading to CFB Esquimault in the Spring to commence training as a Maritime Surface and Sub-Surface (MARS)  officer.

We wish them both much success and fulfillment as they move forward in the next step of their military careers.

1st years PD was directed by a Div. Commander. He was addressing the issue of mental health and morale in the college. He asked questions such as the the effect of Christmas holidays on officer cadets morale.

Furthermore, the cadets had a chance to ask the Div. commander about issues such as dress in the Cadet Dining Hall and wearing jeans in to town.

Finally, the session was ended with a story about the experiences the Div. commander had on his deployment.

The Cadet Wing Commander met with the class of 2020 to give us a briefing on his position and the changes coming to RMC.

He spoke about what it means to be CWC, particularly his position as a liaison between the training wing and the cadet wing. He also spoke about how many opportunities there are at the college.

He advised us upon seizing those opportunities. It was a great time for the opportunity to communicate between the top cadet and his troops

3rd years PD was on the subject of leadership principles. This meant discussing the topics such as challenges of being a leader, methods of getting your subordinates to trust you, and the difference between being a transactional leader and transformational leader.

During this PD session the cadets were able to talk through different scenarios where leadership is necessary. This short session gave the cadets an idea of what kind of leadership style would be best for different situations 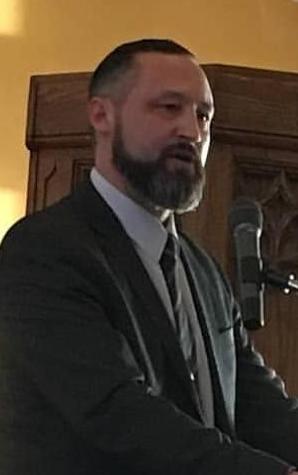 On the morning of January 31st,  the fourth year class of RMC had the privilege of attending a lecture on operational stress injuries in the Canadian Armed Forces, given by 20786  LCol Christian Lillington.

LCol Lillington was an evocative speaker, channeling his own personal experiences during both deployment and domestic postings in order to bring the harsh reality of operational stress injuries to the forefront of the audience’s mind.

The personal nature of LCol Lillington’s presentation facilitated engagement and connection with the subject, and his words on recognizing and accepting the injury and seeking out the proper treatment were enlightening for a fourth year class that will soon find itself entangled in potentially similar scenarios.

Overall, LCol Lillington’s presentation made for an exceptional and memorable PD session and the fourth year class is grateful for his time.