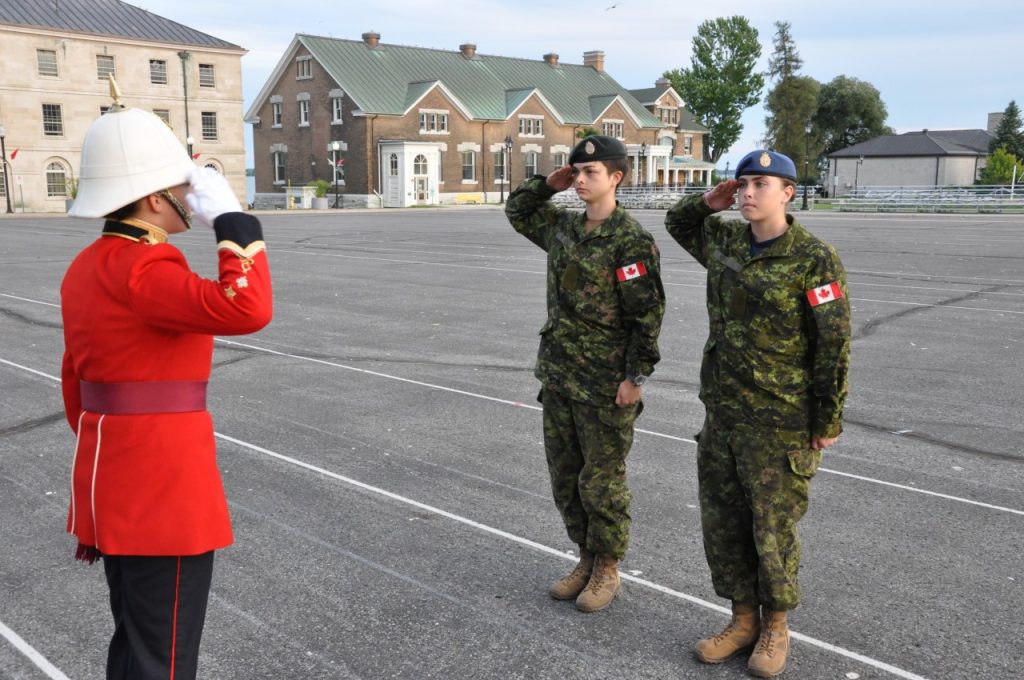 Passing Off the Square: The Great Equalizer

Passing Off the Square is a right of passage for First Years as they join the Cadet Wing. You march, along with your roommate, through a set course on the Parade Square. You present yourself to one of the Top Five after correctly presenting yourself to them. You answer a College Knowledge question. You march off. And if you’re one of the lucky ones to do it towards the end of the event, you get to do all that in the dim light of the streetlights lining the Square.

The above description doesn’t really do the event itself justice. There are many Cadets who excel at either physical pursuits or more intellectual ones like College Knowledge but there are fewer who excel at both and fewer still who can do both well under pressure as a team. One small mistake, one momentary lapse in concentration on the part of either partner, and you both go around again. And again. And again, until you get it right.

In that way Passing Off the Square is the great equalizer. No matter how strong a Cadet’s performance has been to that point in the First Year Orientation Period (FYOP), they are no less likely to make a mistake than anyone else. As I remember from my own Passing off the Square, it’s the Cadets who are afraid of going around repeatedly that tend to get it right the first time and it’s the cocky ones who tend to struggle. (If memory serves, the record from my First Year was 17 times through it.)

As the current Cadet Wing Training Officer (CWTO), OCdt Travis Verbeek, explained, Passing Off the Square hasn’t changed much in recent years. “It is still composed of a route of silent drill and then reporting to a member of the Top 5 to be tested on their College Knowledge. This year’s FYOP has a particular focus on dress, drill and deportment (the bread and butter of the Training Officer’s I am responsible for) and thus this evening will a great indicator of how well the First Year Cadets have learned these skills. It is important to stress attention to detail as well as an appreciation for the College history. We are very fortunate to have a number of volunteer Drill Instructors to assist us this evening, Cadets from the College who exceed expectations on professionalism and drill competence.”