“The new helmets will be worn on all ceremonial parades”

The Pillbox is perhaps one of the best known pieces of headdress at the College. However, this wasn’t always the case.

During the World Wars and intervening years, uniforms and headdress at the College varied depending on use of the institution as a training establishment and the requirements of the Army. At various times, several different headdresses were designated as the one to be worn for full-dress parades. In the years between the World Wars, the Universal Pattern Helmets were used by all Cadets during full-dress scarlet tunic parades. The Pillbox was reserved for less formal orders of dress (such as with the No. 4 blue tunics).

As the Helmets were no longer standard issue in the Army, the wearing of them was gradually reduced from use by all Cadets to use by only certain senior Cadets and those with specialized ceremonial positions on full-dress scarlet parades. Since the end of the Second World War, most Cadets have typically worn the Pillbox instead. (For a more detailed history of College headdresses, see here.) 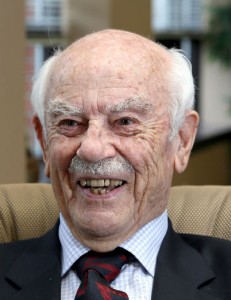 The predominance of the Pillbox, however, is about to change. As e-Veritas initially reported in our coverage of the Badging Parade during Reunion Weekend 2018, thanks to a very generous donation by 2652 Britt Smith and the invaluable support of the RMC Foundation, RMC and CMR St. Jean have received sufficient Universal Pattern Helmets for each Cadet to be issued one.

Brit was a spectator at a parade in downtown Kingston in 2016 and noticed that only certain Cadets were wearing Pith Helmets. As he attended the College during the interwar years when all Cadets wore them, he wished to restore this history within the College and offered to purchase a helmet for every single Cadet at both colleges.

This project was completed with the full support of senior staff at the College as well as with input from the Canadian Forces and the Heritage Project. “We did our research,” RMC Chief Warrant Officer CWO Garth Hoegi explained, “to ensure that this move would be in line with the history of the College. And it was. We then had a sample helmet put together which was shown to the Commandant who approved it.”

The helmets have now arrived and have been issued to Cadets at both RMC and CMR St-Jean. RMC received 1100 helmets while CMR received 300 for a total of 1400 helmets.

As CWO Hoegi clarified, the new helmets will be worn on all ceremonial parades, the first one of which will occur on November 11 to mark Remembrance Day. The pillbox will be worn with Scarlets on all other occasions. The remaining orders of dress at the College will not be affected.