Editor’s Note: The following is taken from “The Dark Mist Cast Across the Guns – Poems in Honour of Remembrance Day” by the 2018-19 ENE110-1 Class at RMC. Please note this volume is available for free in the RMC Gift Shop. 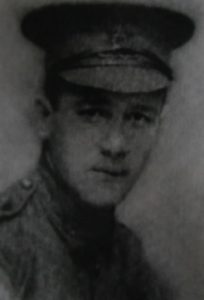 Killed in Action in France

The horses neigh and the tempered stand firm.

As the noise escapes, destined to return. ,

Man and machine each other resemble.

A mockingbird wielding a jack hammer

With the greatest desire to flock south;

But, for this young bird, there is no summer,

Trapped in a foreign field broken by doubt.

Still, blood and sweat demand its own desire;

The weight upon each shoulder weighs immensely –

Each shell inscribed with “lethal” intently,

The soldier’s body knows what is required.

Abstract it might be in the face of hell –

I stay, for I will load every last shell. 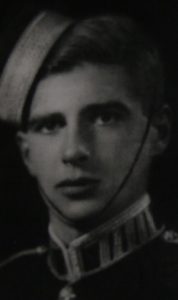 I cannot think of proper words to say

when writing becomes something for someone;

My heart’s intent is to commemorate

the work you did before your day was done.

No one knows the type of man you were;

you hoisted your men up when they fell down.

Your courage is something we can all learn,

and maybe how you died could teach us how.

But missing and presumed dead’s all we know;

It’s so unfair, despite the way you served.

I’d long for you to have one tomorrow,

so you could feel the thanks you so deserve.

I may be the only one, but I will try

to put your heart to rest, and say goodbye. 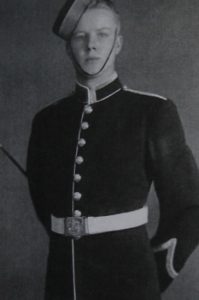 Killed in Action in Italy

Sangiovese flowing to the floor.

He was a young boy, but a boy no more:

Not five, nor twenty-four, but maturity;

He is armoured and unscathed purity;

The scent faded from the sweater he wore.

The sun rises on a faraway peak,

Blossoming light over the stones, all piled;

Time seized, and I was unable to speak,

Silence between us as we reconciled;

And all that moved was the tear on my cheek –

For no one should have to bury their child.

For other excerpts from this volume please see below: