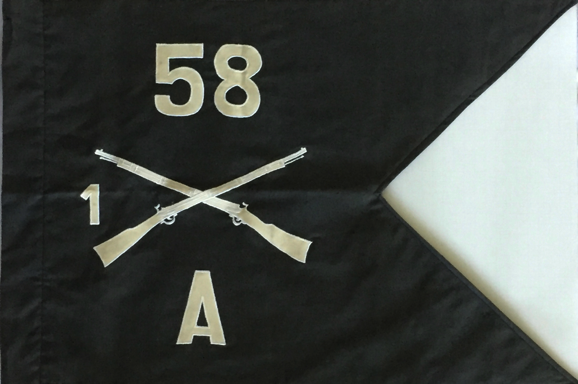 The mechanized infantry company was anticipating a month long deployment in two months from Kelley Hill Barracks, Fort Benning, Georgia where it formed part of the brigade size garrison at the barracks.  The deployment would be some 2,500 miles west by air to Fort Bliss, Texas then by ground to McGregor Range, New Mexico.  The company would report to its parent battalion’s forward element led by the battalion’s S-3, the battalion Plans, Operations and Training Officer and a senior major.

The deployment had a five-fold readiness objective.  The battalion over a three month period would deploy three reinforced company teams, one per month to New Mexico to 1) exercise the units in a deployment by air; 2) operate tactically in the desert; 3) operate tactically with the 3rd Armored Cavalry Regiment: 4) conduct gunnery for all heavy weapons; 5) confirm company level support operations in a desert environment.

The Battalion Forward would provide the company team leader operating guidance on arrival.  Battalion forward would issue the mechanized company team that included elements from the battalion’s headquarters company and its combat support company, a full compliment of armored and other tactical vehicles. This battalion support would include the battalion trains location that would support company trains operations for the month of the deployment.

From the battalion S-3’s situation briefing and guidance, the company team would operate over an expanse of some 40,000 square miles of desert floor between two mountain ranges.  The company team’s operations would be continuous, extensive and demanding. 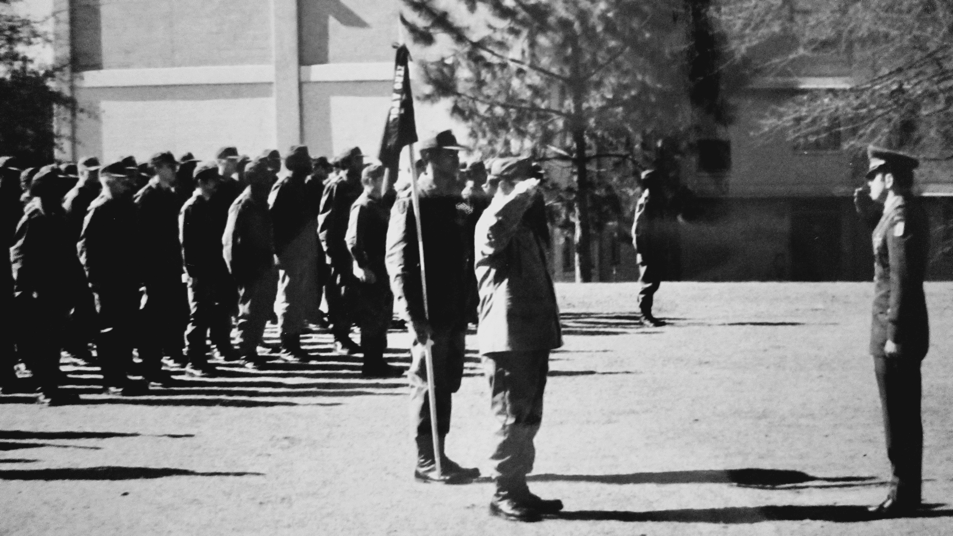 With the prospect of this deployment opportunity two months into the future and its outstanding potential to bring the company to a high level of readiness capability and greatly enhance its individual and collective mission proficiency at squad, platoon, and company level, the commander began his preparation and planning to optimize the company’s experience.  One area he knew from past experience needed focused attention.  From his 11 years with the Army, six of those years with combat units he knew that to deploy at the maximum strength possible, he would need to actuate a plan and execute it.  To assure the company’s squads and platoons were at as close to full strength as possible, the commander would need to begin working the plan immediately.

The first step in the plan was to set the personnel deployment objective.  Non-deployables expected at the deployment date would be early identified, i.e., soldiers detailed to priority Army schools on temporary duty that could not be rescheduled, soldiers being re-stationed who would be within the timeframe for out-processing, and other considered circumstances.  Working with the company first sergeant, the company executive officer, the battalion personnel officer, and the battalion surgeon the commander  scrubbed the company’s rosters to identify expected non-deployables.

Along with the initiation of this work, the commander convened a meeting of the company’s key leadership, the company’s officers and senior non-commissioned officers. The meeting discussed the concept of the developing personnel deployment plan for the coming deployment.  This was an interactive discussion to wargame the plan, engage all leaders and their ideas refining these into a plan for execution.

The commander framed the meeting by stating that his intent was to deploy at not less than 95% of assigned personnel, a higher percentage desired.  Elements of the plan that began to clarify were as follows.

After hammering out the elements of the plan and each leader’s responsibilities over the next two months regarding execution, the meeting concluded with the proviso that the plan would be adjusted as necessary and weekly leader review would follow each Friday.

Following the meeting the company was formed and the commander addressed the formed company.  The soldiers were provided with an overview of the coming deployment.  They were alerted that the exercise was a priority and why—the training was critical to the unit’s recently assigned XVIIIth Airborne Corps contingency mission oriented on desert operations. As such, soldiers would only be excused from deployment for emergency family situations or schools that could not be rescheduled.  All conflicting schedules were to be rescheduled to support deployment.  The company would deploy at maximum assigned strength to maximize readiness training provided by the exercise.  Soldiers with further questions were encouraged to direct these to their sergeants.

Beside optimizing troop strength for the deployment, the company had an extensive number of preparatory tasks ahead in the time intervening up to the deployment.  Not least of these was the preparation and early pre-deployment of equipment requested by the battalion Forward element to be shipped to Fort Bliss.  Most critical were the armored and tactical vehicles requiring preparation for shipment along with complete auxiliary equipment sets for each vehicle.

Though a busy and demanding schedule of preparation for the company, work proceeded well and on target.  Vehicles were shipped and all other work went forward with clearly stated requirements and engaged leaders.  Regular reviews of task status occurred.  The supply sergeant and armorer and the maintenance sergeant received maximum support from the company.  Issues developing were promptly identified and timely corrective action taken.

Despite the busy demanding program, the company did not lessen its focus on the personnel deployment plan.  The minimum 95% of assigned strength deployment target remained priority for all leaders and the Friday reviews kept the priority fresh in everyone’s mind.  The 1st Sergeant was critical in this effort working rosters, leave status and other tracking administration.  All schedule conflicts that had existed on announcement of the deployment had been resolved over the first two weeks.   There were a number of sensitive situations, family and medical, that continued to be monitored up to deployment.

As the last two weeks before deployment approached, liaison with the battalion surgeon became more frequent.  Medical situations and treatment received a laser focus to insure that legitimate medical accommodations in the best interests of a soldier’s health be made but if a soldier could be brought to deployable status he would be.

The day for deployment arrived.  The company team with its additional attachments from Combat Support and Headquarters Companies was bussed to Lawson Army Airfield and boarded the contract passenger aircraft for the flight to El Paso, Texas—the company deployed at 97% of assigned strength.  The ensuing month of desert maneuver and ginnery in New Mexico was perhaps one of the most professionally rewarding experiences the soldiers of the company enjoyed in their careers. 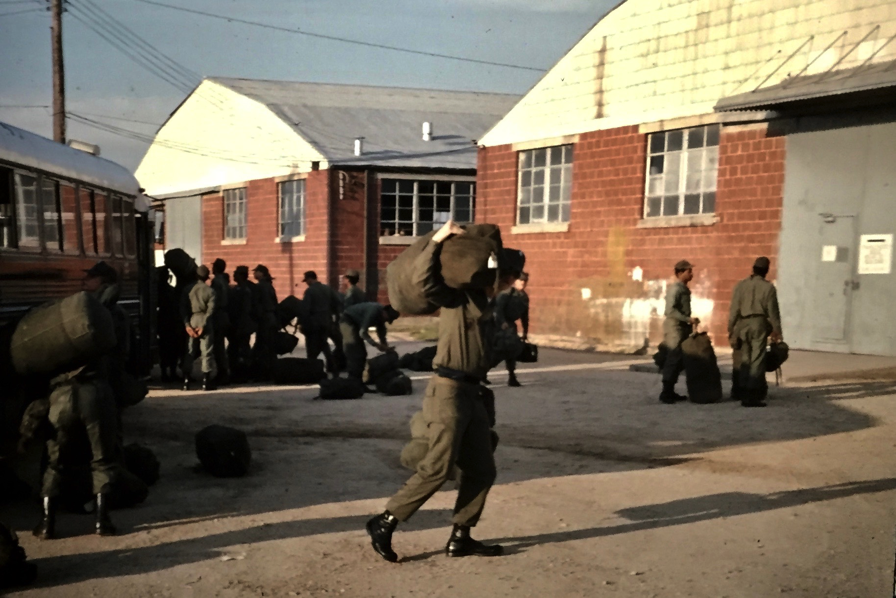 Soldiers of Company A boarding buses at Ft. Benning for transport to airliner. 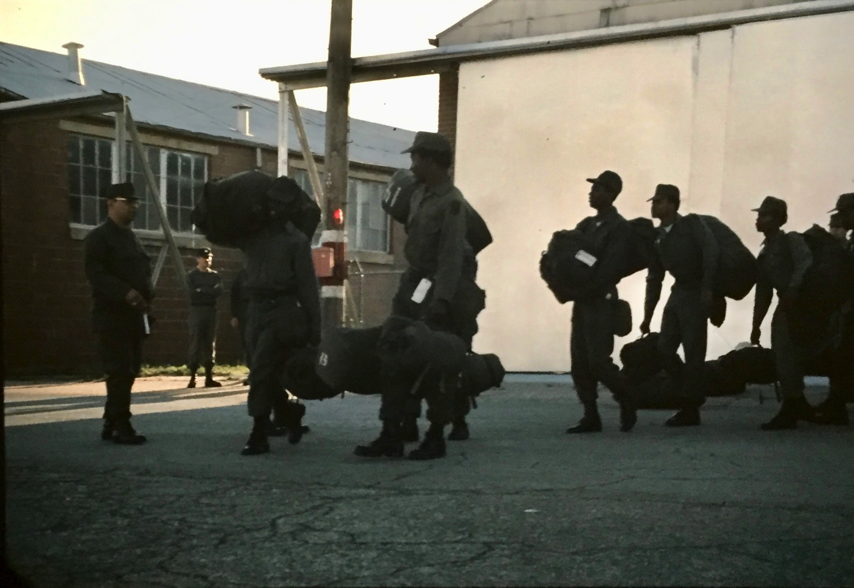 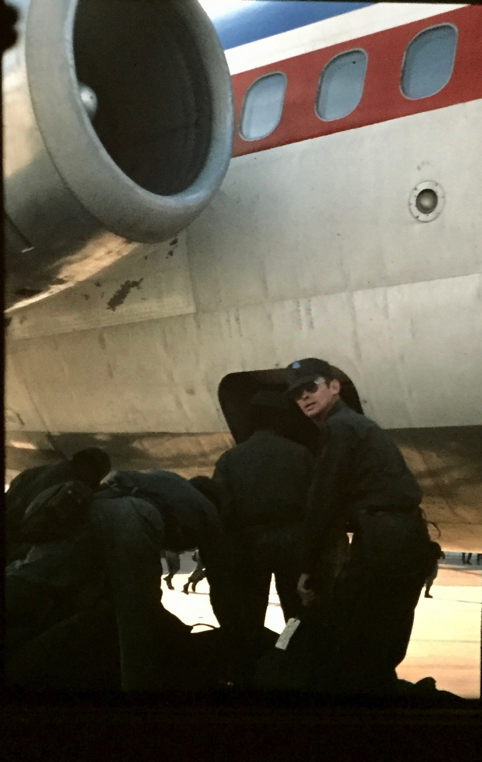 It is important to note that the success enjoyed was a function of the entire leadership team of the company being engaged.   Every leader was critical to success.  All leaders and soldiers were early informed of the mission, their role in making it happen, and they regularly checked and assessed their progress. 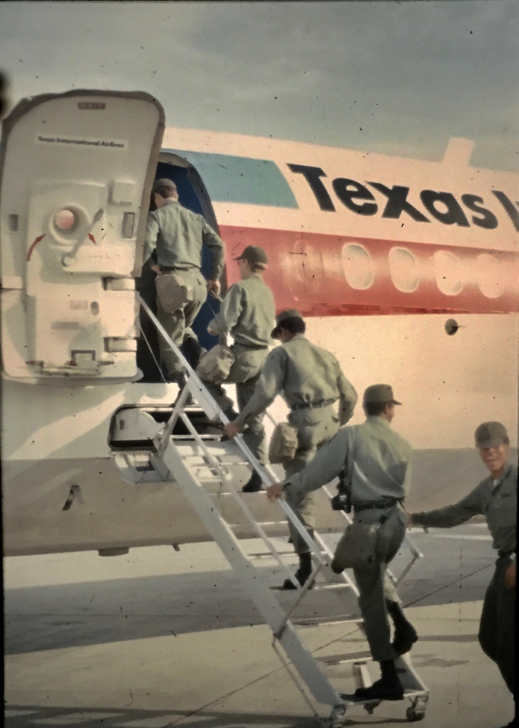 Soldiers of Company A boarding contract
aircraft for flight to El Paso, Texas. 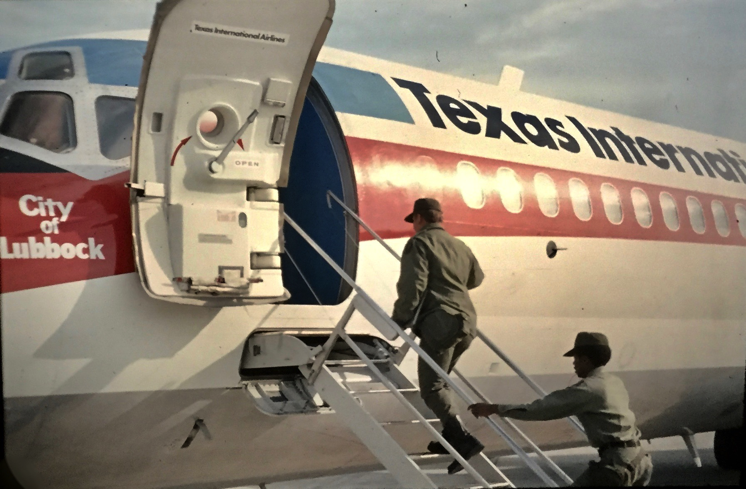 It must be noted that the company commander’s wife was pregnant with their family’s third child.  The deployment was in April and the baby was due in early June.  All leaders and soldiers shared the challenges of the deployment.