The Week That Was on the Peninsula…

The Great Loss of Privileges 2018

Since 1976 when the RMC Club presented a bronze statue to the College as a Centennial gift we have seen ‘Brucie’ as it is affectionately called ‘dressed’ up in too many variations to count. To our knowledge, this is the first time that ‘Brucie’ has ended-up behind bars.

Some clever folks from the CivEng Class of 2018 injected some humour into what can be described as an ‘up & down’ week.

‘Up’ for winners! ‘Down’ for the whiners!

By now most readers are well aware that the hammer came down heavy on the entire cadet wing just over a week ago.The reason: many cadets were simply ignoring the college dress code – specifically the walking out dress regulation. In short, the cadet leadership were not enforcing those rules. Over a period of time it became apparent something had to be done to get the message across. Consequently, a loss of privileges order was issued which was to be in effect for a week. Longer, if found necessary.

The net result of this order? The cadets were confined to the peninsula – with a few exceptions because of prior scheduled essential external commitments. Also, extra room and dress inspections along with a 0600 hours personal inspection each morning on the parade square were included in the ‘loss of privileges’ package.

It should be noted the cadets were rewarded and restrictions were eased off somewhat, as a result of the good performance, of the Cadet Wing, for the Commandant’s Inspection and the Drill Competition over the weekend. Which was appreciated by many.

Meanwhile, we are on the side-lines watching things unfold; observing the attitude of the cadets that dropped by the third floor in Panet House; and those we came across while we strolled the college grounds. For the most part, the vast majority of those with whom we have spoken too have gotten the message that they cannot be selective and only follow the comfortable orders.

Many positive, fun and creative events occurred within all the squadrons over the time period. Cadet led initiatives including: sports competitions, pancake breakfast, catching up on academics and much more provided everyone the time and the atmosphere, to take a serious look, and discuss among themselves how they all ended up in this predicament.

The CivEng ‘Brucie’ skylark pretty well summed up how the cadet wing handled the ‘The Great Loss of Privileges 2018’.  We can only imagine the tales that will be spun at Class Reunions for the next 60 years or more!

We did ask a few cadets to send us their view of the whole situation so we could use it with this article.  Although, we’re aware of who sent what, we promised that we would withhold their names from publication.

Some of the feedback from cadets:

“A strong message has been sent to the wing, so if they didn’t take our commanders seriously before they do now. It honestly caught most of us off guard, but we rolled into the new battle rhythm well despite our disappointment which helped clear the air.”

“A few plans interrupted but since there’s no sense getting mad at what you can control, I took charge of what I did and that was my attitude and behaviour towards the situation. I had missed how we ended up here so I forced myself to look closer and identify all the little areas we as a cadet wing have fallen short.”

“Negative attitude. It became more apparent than ever where this issue existed in the wing and negative outlooks were very powerful as everyone jumped on the bandwagon.”

“A week was long enough for everyone to look back at September and remember the commanders intent for the RMC standards, and how our underestimation of the implications are what led to the need to take such drastic measures. The thought revolution is now underway.”

What local TV had to say:  https://globalnews.ca/news/4063948/nearly-1000-rmc-student-cadets-disciplined-for-off-campus-attire-violation/ 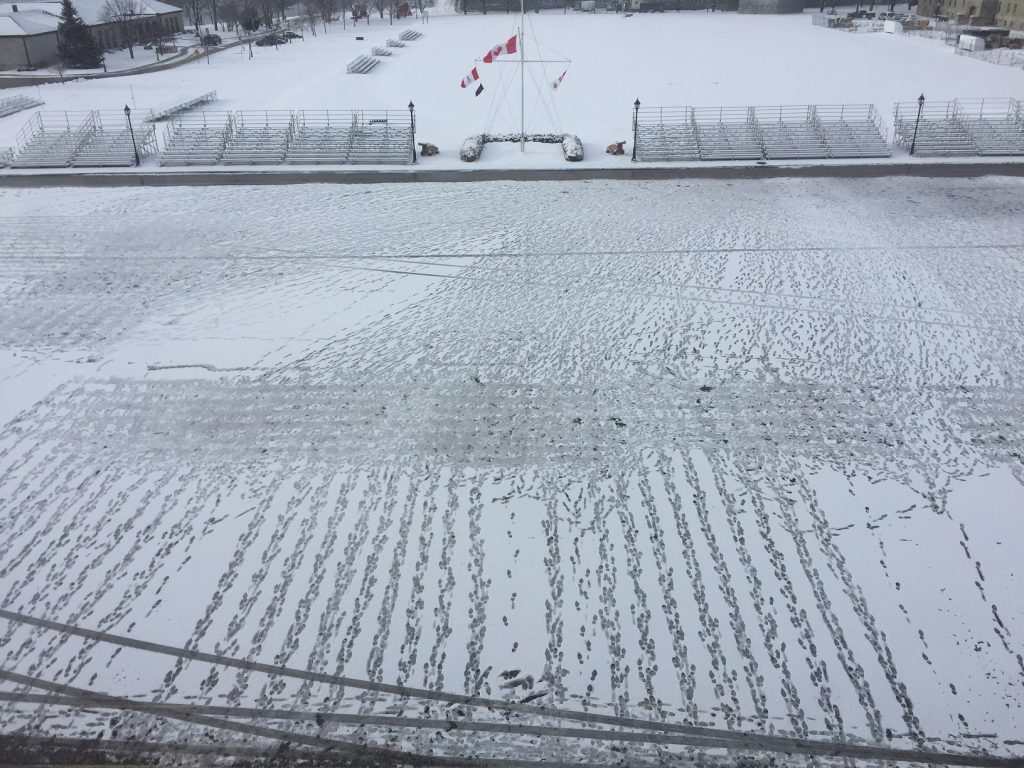 On Wed, 7 March, it was business as usual; regularly scheduled Professional Development lectures carried on for all four years. 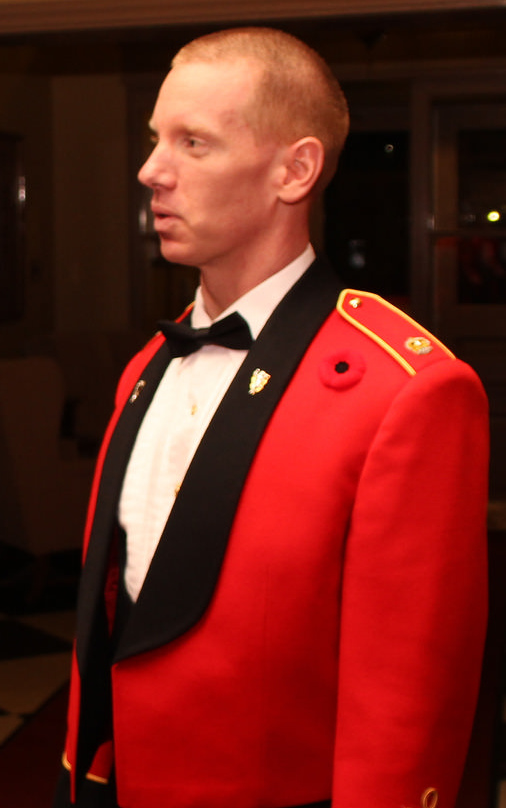 Today’s first year Professional Development was broken into two parts the first being a Div-Com hour which was followed by a briefing on collecting Temporary Duty and traveling throughout the summer. The hour with Major Grant (D-div Div-Com) was spent observing the summery trial that he was presiding over.

Major Grant stopped periodically to explain the trial process so that everyone in attendance could become familiar with the steps of summary trials and the powers of punishment.

The second hour was a briefing for all of first year in order to walk us through the claim process for our summer training. Additionally we were introduced to the travel coordinators who would be arranging our travel to our places of temporary duty. 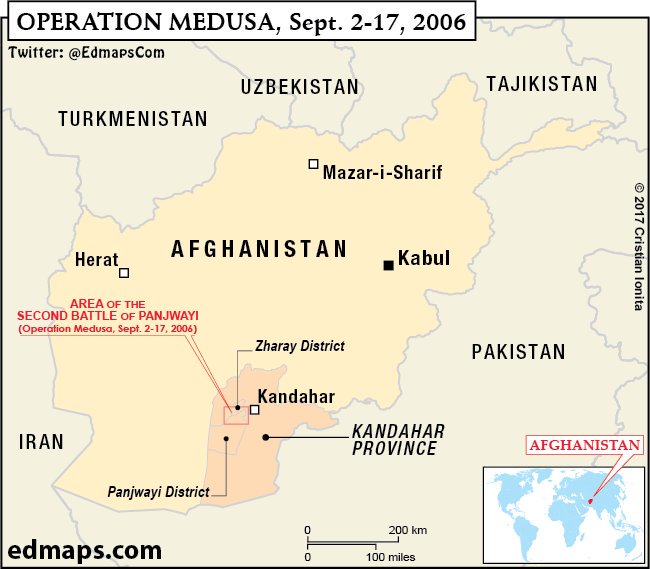 Today’s PD was the viewing of a film created by members of the CAF that participated in operation MEDUSA in Afghanistan.

In the film, CAF members shared their incredible stories in the unforgiving Afghan environment. Combat engineers and combat trade members were mostly showed in the film.

The PD provided cadets with exceptional leadership inspiring literature and an insight on the challenges that CAF members faced in Afghanistan paving the way for new challenges cadets will face after graduation. 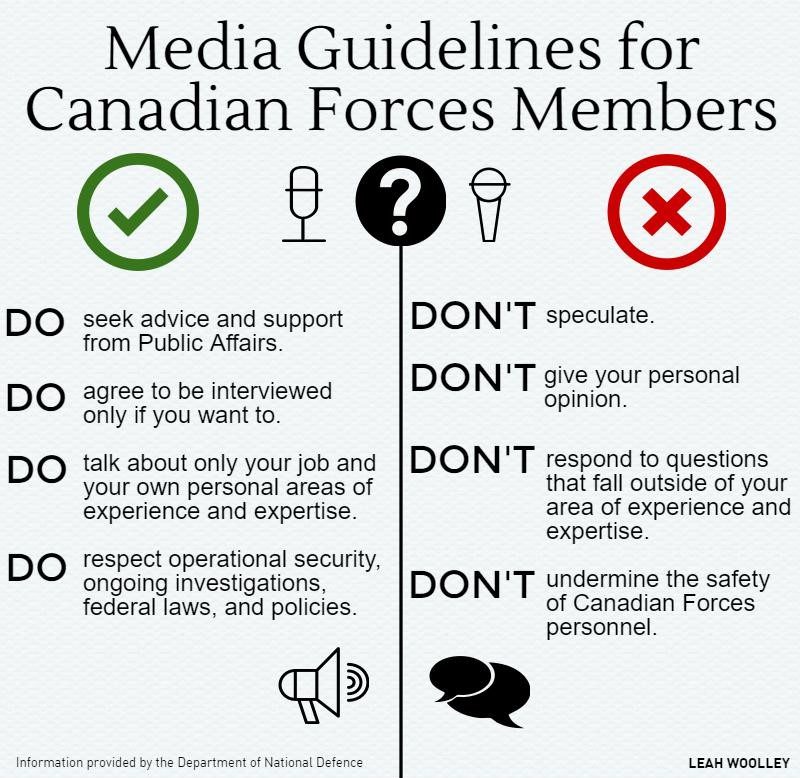 During this week’s PD time slot, the third years were given a briefing by Public Affairs Officer, Captain Leah Campbell on media interactions as a member of the Canadian Armed Forces.

Topics covered included general points on how to handle questions asked by journalists, preparation steps taken in order to perform an interview, as well as conduct and rules on posting CAF related material online.

Aside from the briefing, 3rd years were given a chance to hone their public speaking skills by coming up in front of the class to give a quick 1 minute speech on a topic related to life at RMC and their own personal experiences.

The message received from this briefing placed an emphasis on operational security when handling any form of media relations, as well as key points that should be kept in mind when speaking to the public, such as only speaking from your own experience and to refrain from needlessly speculating on unrelated events.

Overall, this week’s briefing was an excellent opportunity for all 3rd years to reflect upon and reinforce the rules set upon members of the Department of National Defence when it comes to the proper conduct and handling of all forms of media interaction. 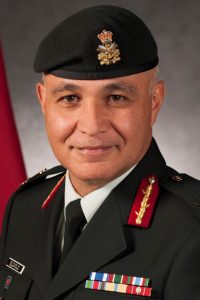 The fourth year class had an honour to get a lecture from MGen. N Eldaoud about his journey as an officer from Second-Lieutenant until his current rank of Major General.

He started his lecture by saying that he is “Nick”, or us thirty years later, and this got the fourth year class to engage and relate to his lecture.

MGen. El-Daoud emphasized on becoming a genuine and trustworthy officer for the superiors, subordinates, and even to ourselves. He also discussed about many policies that are currently being reviewed in the Canadian Armed Forces, trying to drive our mindsets to 21st Century military, not the military in the old days.

Major General El-Daoud left us the idea about what kind of officers we should be in really near future. It was one of the most memorable lectures that we got during the PD hours at RMC.