Donors to the Foundation Send RMC Debaters to Toronto

Last weekend, a group of eight Officer-Cadets traveled to Toronto to represent RMC at the Hart House Inter-Varsity Debate Tournament. The tournament, which is hosted by the University of Toronto’s Debating Society, is renowned as one of North America’s most prestigious debate events, hosts several schools from Ontario and the United States who compete in the three-day event. This year, we were joined by Harvard University, Yale, the University of British Columbia and Stanford.

The tournament began with two rounds of British Parliamentary debate on Friday night. The following morning, the debaters participated in three more rounds, competing against similarly ranked teams. The topics of the debates ranged from American foreign policy towards Saudi Arabia to the role of human memory in society. Overall, it gave the club an excellent opportunity to compete against skilled teams and develop their own debating abilities.

Saturday night, following a long day of debates, the tournament organizers hosted a formal banquet for the competitors, judges, and support staff. With the intent of further representing the college, the team wore our 4s. The banquet gave the debaters the chance to socialize with one another in a tasteful setting.

Unfortunately, none of our teams qualified for the quarter-finals, which were held on Sunday. We did, however, notice improvement from the beginning of the weekend to the time that we left Hart House. This was the first external event for the debate team and we hope to continue representing RMC at future debate competitions.

This trip would not have been possible without the support of donations to the RMC Foundation. The entire team extends their thanks to both the donors and the Foundation and their commitment to enhancing the excellence of our Officer-Cadets.

One of the many advantages for Cadets coming through military college is the opportunity to connect with and learn from professionals with real-world experience in their chosen careers. The 2018 International Military Testing Association Conference, “Leading During Times of Uncertainty,” was another such opportunity for Cadets. Held in Kingston this past week and co-organized by Dr. Allister Macintyre and Dr. Daniel Lagace-Roy, both of RMC, the conference brought together a number of experts from across the defense community and from around the world.

One such presenter will be familiar to ex-Cadets. Maj Bernadette Myslicki, who was a professor in RMC’s Psychology Department before posting out in 2012, delivered a briefing entitled “Designing Mission: Ready – Canadian Army Integrated Performance Strategy.” Several current Cadets were able to attend the briefing, which also included similar presentations by American, Swiss, and South Korean representatives. 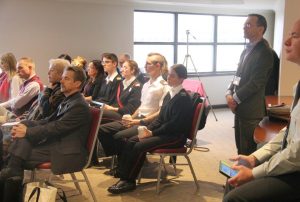 Maj Myslicki took the time not only to explain in detail the Canadian Army Integrated Performance Strategy but also to discuss in depth the process of development that led to it. She touched on where the team behind it started from, the questions they asked, the groups they asked to get involved, and most importantly, how they adjusted their strategy in light of what they heard. For Cadets entering the Forces at a time when concepts like “resiliency” are growing in importance, the opportunity afforded by IMTA 2018 to not just understand a tool like the Canadian Army Integrated Performance Strategy but also how it was developed is one not to miss.

For more information on the Conference, please visit their website at http://www.imta.info/home.aspx. 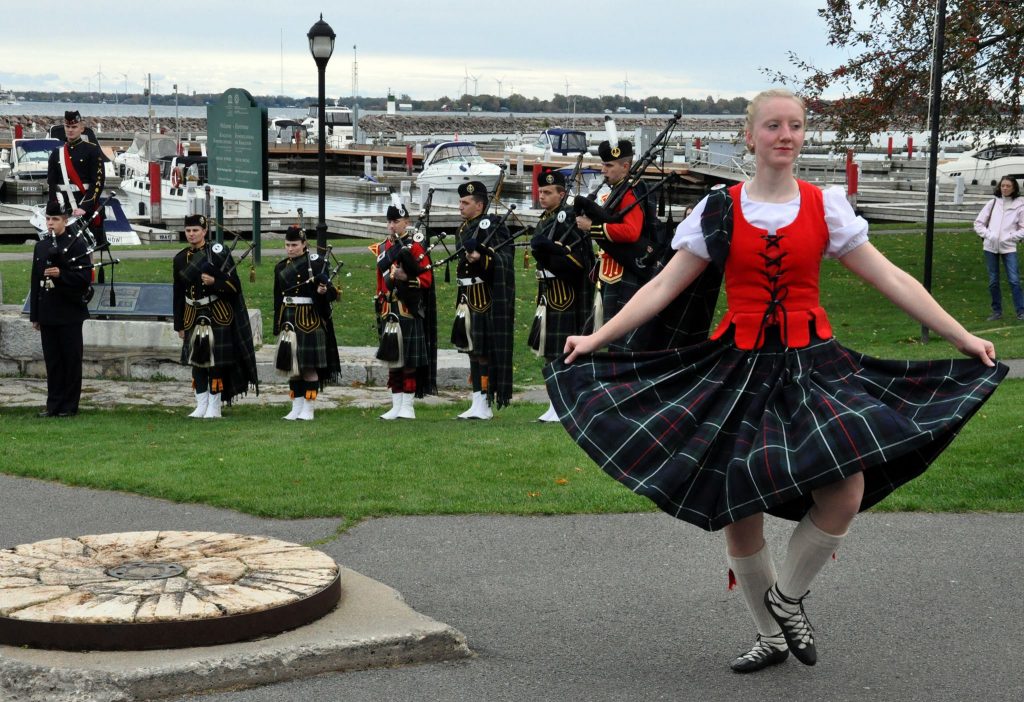 On Saturday, October 20, after a day of combined practice, the Royal Military College of Canada (RMC) Pipes and Drums and Highland Dancers joined with the Pipes and Drums from the United States Naval Academy (@USNAPnD) to perform a public concert at Confederation Park in downtown Kingston.