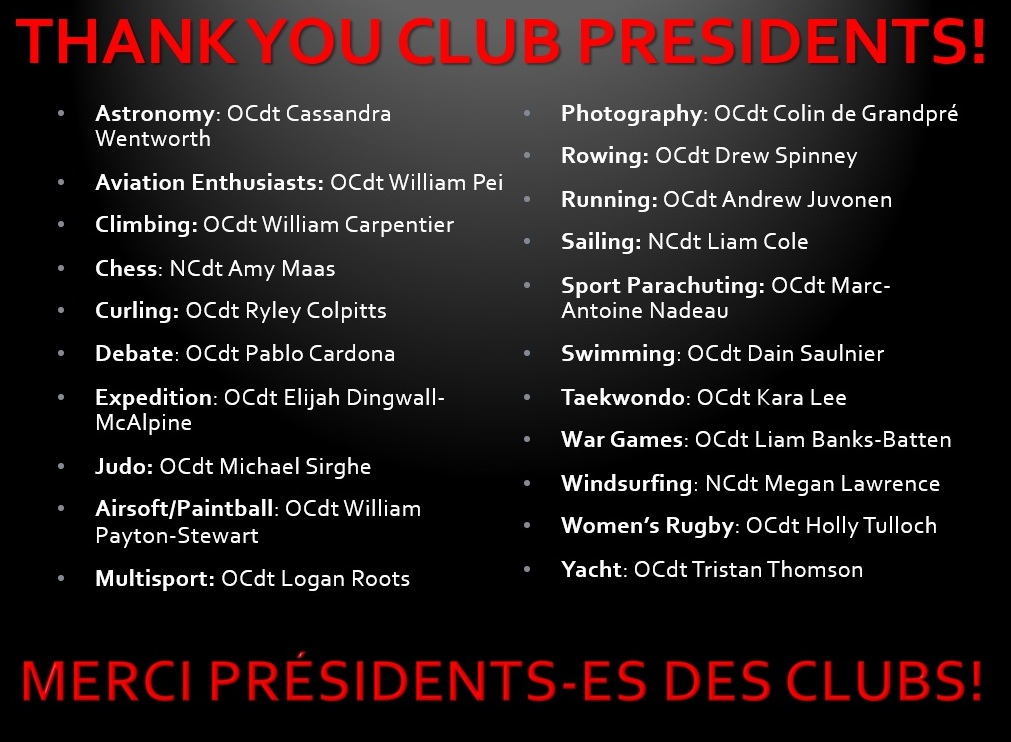 On Tuesday, March 27th, Cadets, Coaches, Club Presidents, and Supervisors were recognized for all of their hard work and dedication, at the 2017-18 Club Awards. The event was hosted in the Cadet Formal Mess and led by the Master of Ceremonies, CWSRO OCdt Alex Cameron, and OCdt Jennifer Abbas, and concluded with a social, which allowed guests to celebrate all of their accomplishments from this past year.

The evening’s most prestigious award, the Volunteer of the Year Award, is presented annually to an Officer-Cadet who has demonstrated leadership, commitment and has made a significant contribution to their respective club. This year we recognized one Recreation Club member and one Competitive Club member.

RMC Commandant BGen Bouchard closed the evening congratulating all club members, nominees and award recipients. As well, a sincere thank you was offered to the RMC Foundation for their contribution of over $125K to various RMC Clubs this year. 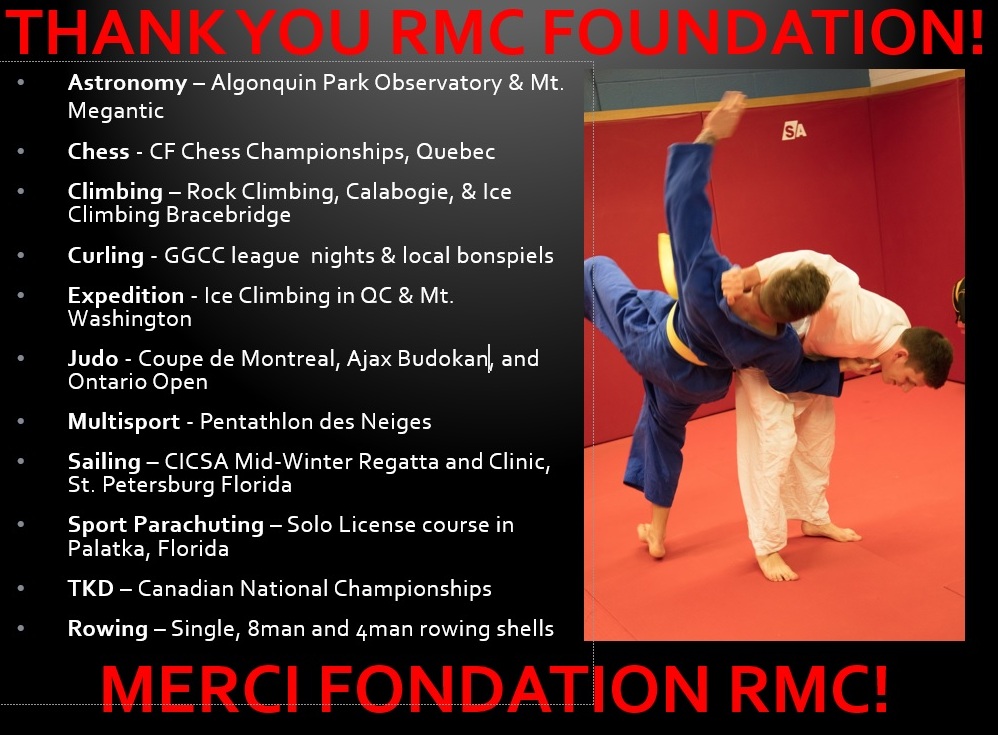 This past weekend, twelve cadets from all years and several different squadrons departed Kingston midday Saturday to enjoy a weekend of outdoor activities and astronomy in Mont-Mégantic National Park in Quebec.

After a lengthy drive, the cadets arrived at the hotel, a chalet near the small town of Woburn, called Sous-un-Ciel-Etoilé. We were warmly greeted by our kind hosts and dropped off our bags in our assigned rooms before making the short drive to the Park for a fun evening.

When we arrived at the park, we picked out snowshoes in preparation for an evening hike. Although some people had trouble figuring out the complex mechanisms of snowshoe wearing, everyone managed to figure out and we were soon on our way. The hike took close to an hour to complete and took us through an uphill candlelit trail, a breathtaking experience on that cold night.

After finishing the hike, we had some time to explore the Astrolab, a small museum with interesting displays on a variety of astronomy-related exhibits. Following this, we witnessed a multimedia presentation about the history of the universe, accompanied by a short film. The entire presentation was in French, giving the largely anglophone group a good chance to practice their second language skills.

When the presentation ended, we drove back to the hotel and had some evening juice and snacks before heading off to bed. We left the next morning after enjoying a breakfast prepared by our hosts. Overall, this weekend was a good bonding experience and an enjoyable educational experience. We would like to thank the foundation for their kind support towards making this trip possible.

The cadets on the trip were:

This trip would not have been possible without the support of the Foundation. The Astronomy Club is very grateful and would like to deeply thank the Foundation for making this trip possible.