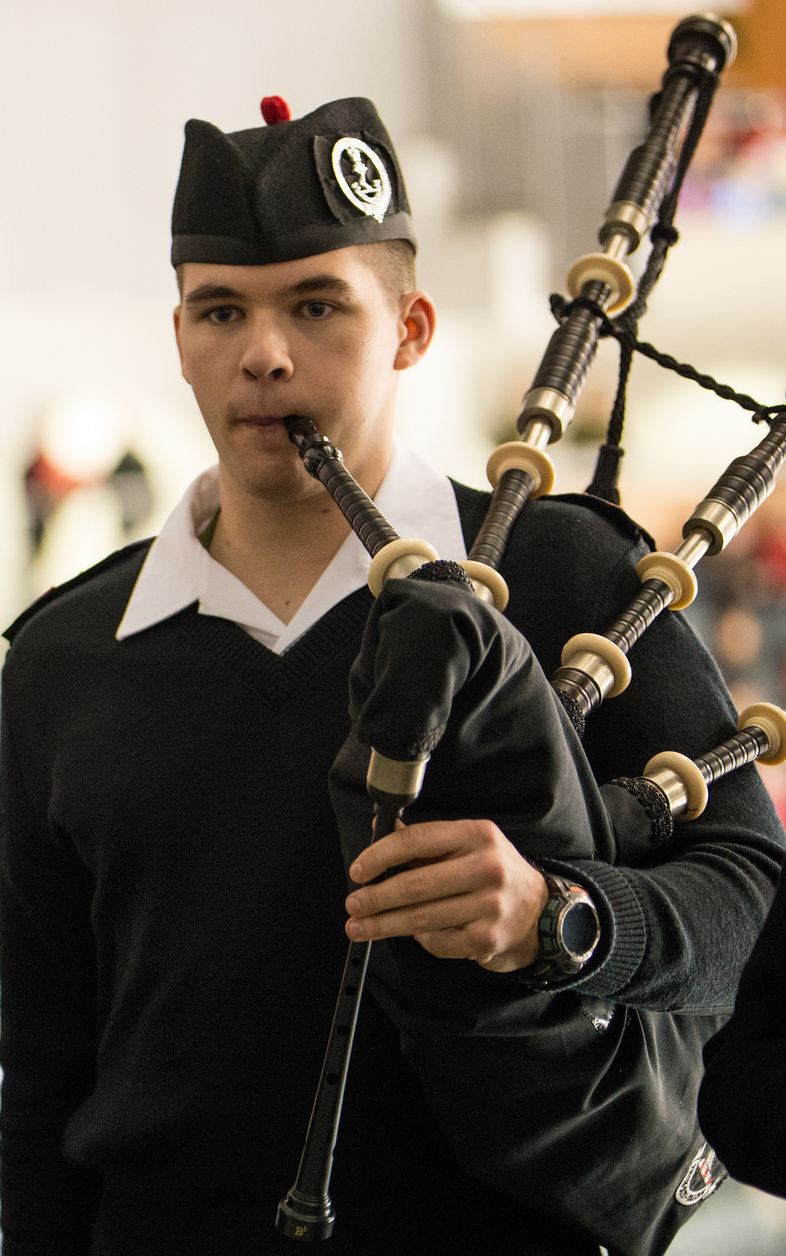 Just a few weeks after the USMA hockey game, RMC is back again but this time facing off against the Queen’s Gaels. Alongside the Paladins is the Band who provides much needed moral during the hockey game. While a close game, the RMC band provided more spirit and better music then the Queens band.

The Band organized transport over to the K-rock center and gained access to the stadium through special means. The Band was allowed to enter through the back entrance so that they could avoid the crowd in order to prepare for the game itself. The band tuned their instruments and prepared to face off against the Queen’s band.

The event itself was a packed show with most of the seats in the stadium being taken. Queen’s students and Kingston residents made up a majority at the show itself, while RMC made up a smaller portion of the crowd.

Even though RMC made up a smaller portion of the crowd, they made up for it with the enthusiasm and cheering towards their own hockey team. The cadets wore spirit wear to the game itself, which consisted of red clothing and RMC labeled clothes. Some cadets even painted their faces in the college colours in support too. The cadets at the college brought their ‘A’ game in terms of support and the same can be said for the hockey team too. 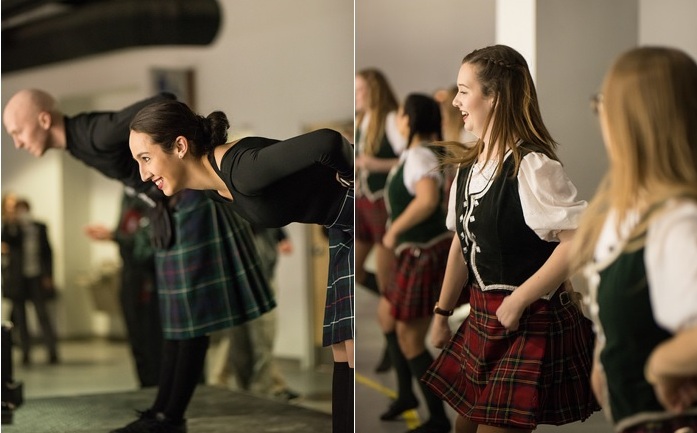 The RMC Paladins brought their ‘A’ game as well, but for them it was on the ice. The Paladins put up a good fight, and gave the Queen’s team a run for their money, with the Paladins scoring goals as soon as Queens would score one on them. It was a constant back and forth battle between the two groups before the match ran into over time. The game was tied and the match had gone into sudden death, and it was Queens vs RMC for the chance at the cup, but, sadly, the Queen’s hockey team had scored the game winning goal and like that, won the Carr-Harris Cup. The final score being 6-5 Queens.

The hockey game is a Kingston community experience, not only bringing the two schools together but also offers friendly competition between them. While RMC might have lost on the ice, the Band surely outperformed Queen’s band in every respect. 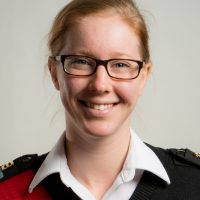 There are some moments in sport that are not to be constrained by filming or paper record, and must be lived in person. This past Carr-Harris Cup Hockey game was such a moment, and everyone in the packed stands were anxiously pasted to the edge of their seats watching the Paladin and Gael players glide, collide,  block, overwhelm opponents,  and score their ways to record ties neck-to-neck each  period.

My last Carr-Harris game was just as riveting as my first year when it was the first live hockey game I had ever seen in person. The evolution of calibre, victories and losses, talent of the teams, and even the level of dress for RMC spectators from Scarlets to April wear over the years, has marked each game with its own distinction.

Cheering on our players alongside the school Paladin mascot, facing off against Queens –  cheers with “Give me a beer,” raising the crowds’ energy with the band tune, singing the national anthem with the choir, watching/hearing the same town crier present the oldest hockey rivalry in the world; we are lucky enough to see each year…these taught me to truly love Canada’s amours sport.

Win, lose, makes no difference. Our team puts up one recline fight on ice. Hope to see this again, old RMC!