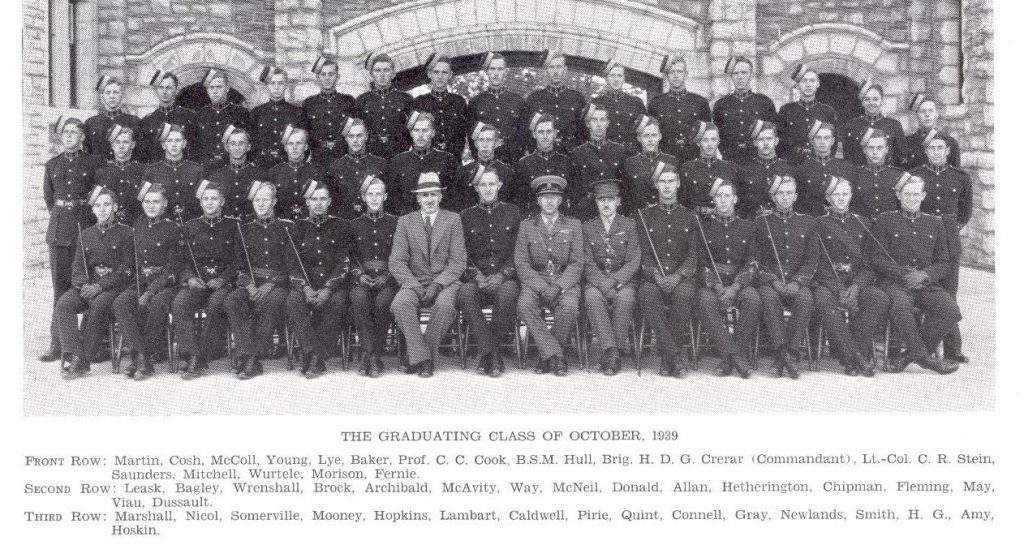 “The War had brought many and quick changes to the R.M.C. which was to be expected in the one national military College in the Dominion.”

Excerpts from the RMC Review – December 1939

No. 816, Brigadier K. Stuart, D.S.O., M.C., needs no introduction to the College. He was a cadet from 1908-1911, General Staff Officer from 1933-1937, and from then until December 11, 1938, he held the temporary appointment of Chief Instructor, which he relinquished to become Director of Military Operations and Intelligence at National Defence Headquarters, Ottawa. So it is by no means as a stranger that we welcome him and his family back to the College, in the Commandant’s House.

Brigadier Stuart’s long experience of College life and work will stand him in good stead during these abnormal times, and we have every confidence that, with his hand at the helm, the College will sail safely through the confused, and perhaps stormy, seas ahead.

Just a year ago, in the December number of the Review we welcomed, as our new Commandant, No. 749 Brigadier H. D. G. Crerar, D.S.O. Now it is our sad duty to bid him and his family farewell and Godspeed, after having them with us for just fourteen months.

While deploring our loss we most heartily congratulate our late Commandant on his appointment as Brigadier, General Staff, of the Canadian Headquarters in England on his safe arrival at his post in England, within two weeks of the day on which he left the College. Both he and the College can take pride in his new distinguished position. 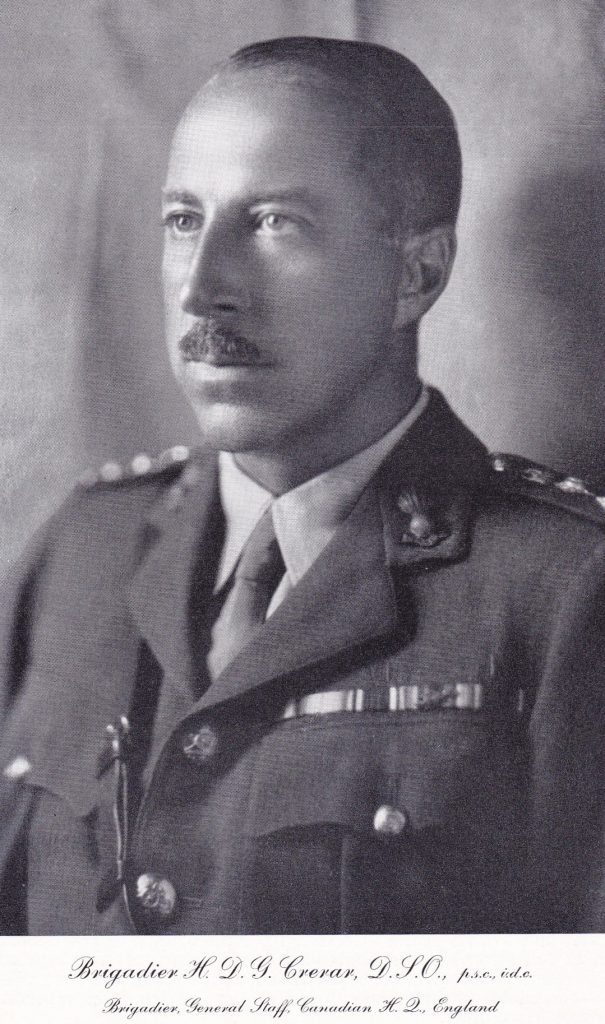 The War had brought many and quick changes to the R.M.C. which was  to be expected in the one national military College in the Dominion. On August 24, all leave was cancelled and the personnel of the Permanent Force ordered to report back immediately. Two days later the recruits, with the usual sprinkling of cadet non-commissioned officers, reported at the College. On September 3, the day on which war was declared by England and France against Germany, the main body of the College arrived at full strength. On September 1, all Permanent Force personnel was placed on Active Service, but members of the Staff, who were affected, were ordered to continue their duties at the College, after reporting to their respective units.

On Sunday, September 10, a state of war was proclaimed between Canada and Germany, the first proclamation of this kind ever made by Canada. Then came the most impressive day for us, September 10, when the Commandant told the whole College, assembled in the Sir Arthur Currie Hall, that the First Class would be given commissions at the Thanksgiving Leave, that was in a little more than two weeks’ times, that the Second Class would graduate at Christmas and that the rest of the College would leave at the end of the current academic year. He concluded with the very sad announcement that he himself would be leaving with the First Class, 43 strong and one cadet who was joining the Navy, were struck off the strength of the College and the 43 were granted commissions in His Majesty’s Forces. Brigadier H. D. G. Crerar, D.S.O., proceeded to Ottawa on transfer to National Defence Headquarters and on the following day Brigadier K. Stuart, D.S.O., M.C., assumed command of the College.

The regular College activities have pursued a more or less normal course since that time, our programme of studies has, of necessity, become a preponderantly military one and our various teams, greatly impaired in strength, have fought gallant losing battles. The Review started shortly after the end of the last War, with this number ends its second decade in a new War, we trust that we shall be permitted and able to carry on. 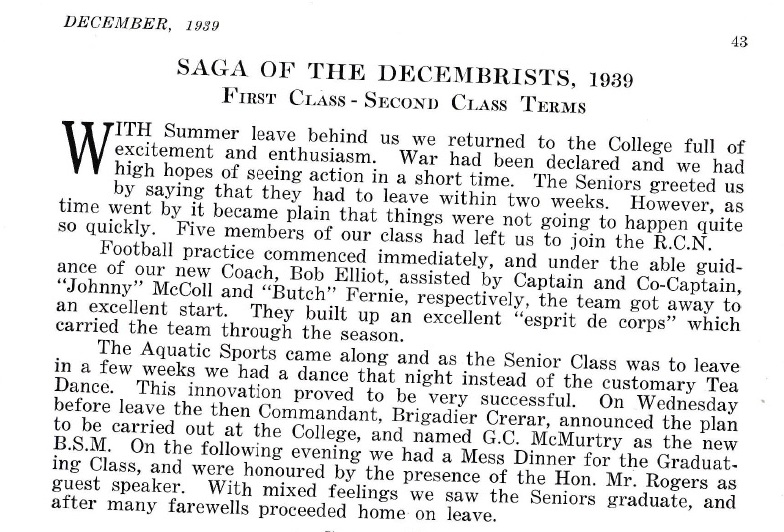 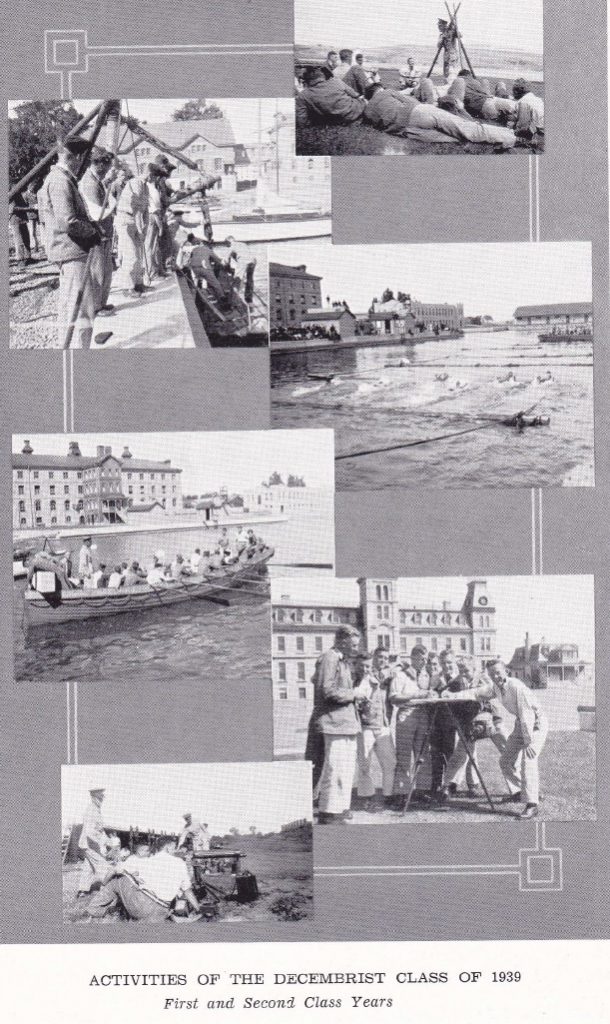 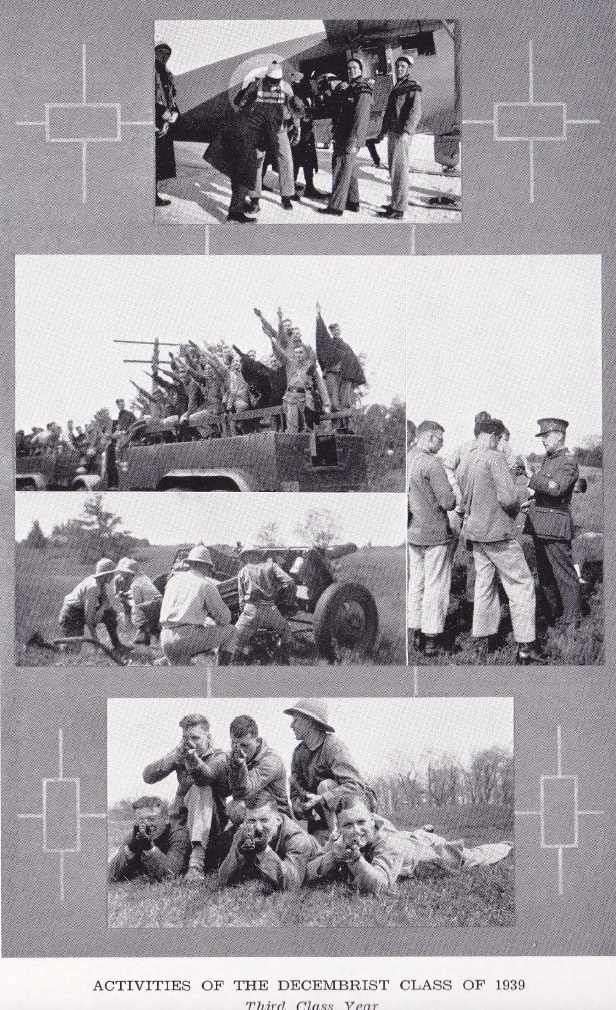 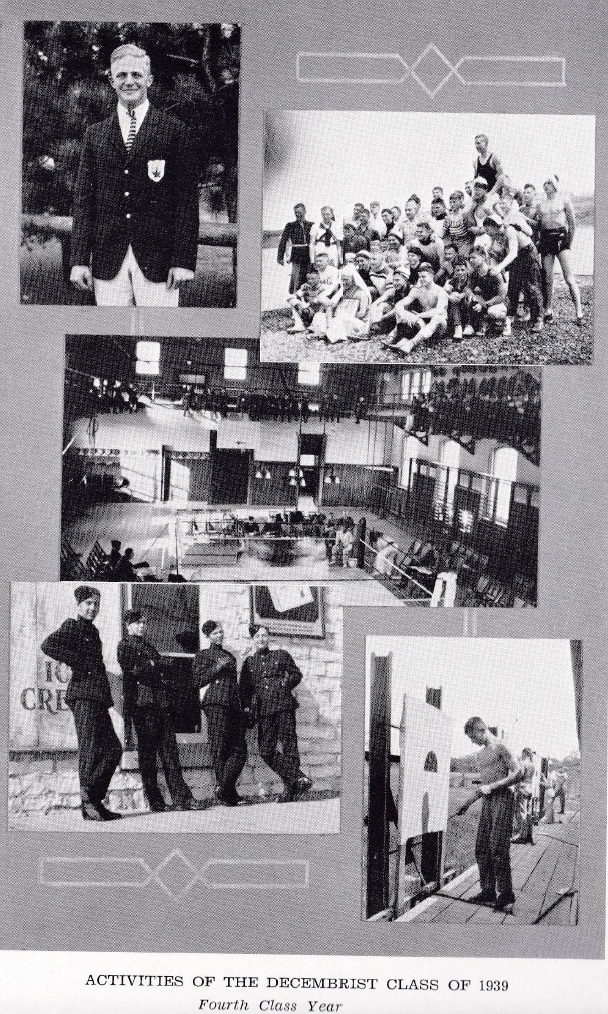