The Women in International Security (WIIS) conference was held in Currie Hall on Sunday, March 25, and a key member of the  organizing committee was 28098 OCdt Hannah Hollander (II, 9 SQN). The Canadian Armed Forces has set itself a goal to double the number of women in peace operations by 2020; the WIIS conference seeks to inspire and educate about the experiences of women in defense roles and the importance of women leading from the front.

The conference focused on the incorporation of gender perspectives in conflict prevention, and the ice was broken by the Chief of Staﬀ Army Operations, 17312 Brigadier-General Carignan. As a senior oﬃcer with more than 25 years of service, she learned that the best leaders have both traditional masculine and feminine leadership traits. In a combat trade, a nurturing personality can sometimes be incorrectly associated with weakness. “Women are screwed from the get go.”, says Brigadier-General Carignan. In truth, a leader with the capacity to understand and display empathy is an asset in the complex conflict environments of the twenty-first century.

What she is wary of though, is having a quota; quotas imply a lowering of standards and can cause friction within units. Conversely, quotas also imply that with the addition of more women in leadership positions, operations are inherently more likely to succeed. These implications are all relative, and by no means the truth. However, by having a mix of perspectives within teams and trades, there can be an internal impact on the way soldiers interact. In fact, by having a female soldier on deployment, it is sometimes possible to approach a whole new demographic. Oftentimes on operations, local women feel more inclined to speak to a female soldier, and these improved intelligence gatherings can positively change the outcome of a mission.

For Brigadier-General Carignan, a standing focus on recruiting women recognizes that they are presently less likely to apply even if they are qualified for the job. “Women will only apply if they are 110% right for it.”, she said. By making an eﬀort to reach out, the CAF is getting quality candidates who feel more secure knowing that they are welcomed. The CAF is not just trying to fill a quota with candidates who can’t meet standards.

For speakers such as Captain Holland, an Armoured Oﬃcer who has deployed on multiple training missions to West Africa and Central America, it is important that more women are the lead on major operations to set an example, and expose foreign militaries to the possibility of women in a military leadership position. For some countries such as Senegal and Guatemala , the number of women in the military is slowly but steadily increasing, but it was still shocking for them to receive training from Captain Holland. After about a week, the soldiers adjusted to seeing a female in command and came to her for her expertise.

Particpants found the WIIS conference insightful, powerful, and necessary. Second year cadet, OCdt Hollander is a strong supporter of the message behind the conference: “I think the WIIS organization is important because it is able to amplify women’s interest, presence, and success in the field of international security. Management and policy development for international security will be much more effective as it becomes more inclusive and reflective of the diversity found within society. I think that the Royal Military College could benefit from WIIS, and in return benefit the CAF, by establishing mentorships and career connections for young women in the military.” By sharing their experiences, military members of the WIIS addressed  an uncomfortable topic: Whether it mattered if there was a lack of women in international security. After attending the conference, I can confidently say that it does. 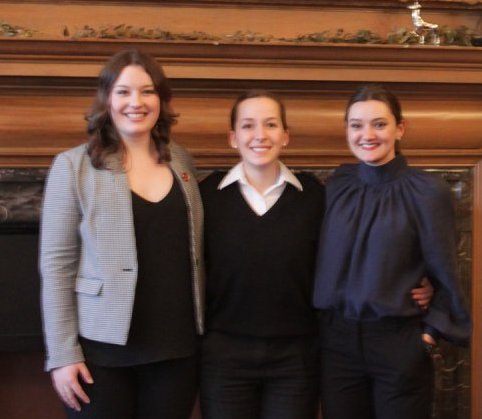 The conference was well received and attended by faculty and students from numerous departments. It covered a wide variety of topics and was put together by Professor Kris Singh and Professor Pierre-Luc Landry.

A highlight of the event was a feast held in the formal side of the cadet mess upon completion of the first day of presentations. It featured Indigenous cuisine enjoyed by all; this gathering also fostered a high level of conversation and a sharing of knowledge.

Following are a series of questions answered by Professor Kris Singh offering more insight into the conference:

Why did you want to establish this conference? What drew you to make it an ‘international’ conference?
This conference was instigated by conversations already happening inside and outside the institution. It made sense to bring together interested parties to facilitate further dialogue once funding became available. Inviting experts like David Garneau, Zoe Todd, and Isabelle St-Amand ensured that the faculty, staff, and cadets of RMC would have an opportunity to engage with original research from leaders of their respective fields. The conference, with its multidisciplinary and international nature, consciously aimed at offering a range of perspectives.

How was the experience in making the conference come to life? How was it working with your co-creator, Pierre-Luc Landry?
Our efforts gelled easily. There was also strong support from both departments, particularly from Frederique Offredi and Soundouss Ech Cherif El Kettani. The financial assistance of the Kingston Garrison Diversity Advisory Group and the “Understanding Reconciliation at the Royal Military College” SSHRC grant made the practical demands of the conference easier to satisfy. Administrative staff like Denise Noreau and Mess Staff like Tracy Lynch also made the logistics manageable.

Organizing the conference made manifest the strength of RMC’s community. The cadets were particularly impressive. Not only did cadets go out of their way to help with a variety of tasks throughout both days but cadets’ contributions to the conference’s dialogue were always thoughtful and generous. We can’t thank them all in these comments, but we’re especially grateful for the contributions of Victoria Pierrot, Melanie Rustenburg, Brianne Lowka, and Larissa Bear. Putting together the conference was well worth it given its reception.

How does the conference subject matter tie into your work at RMC?

Education involves not only deepening one’s knowledge and acquiring worthwhile skills, but becoming receptive to new topics, fields, and voices. This conference, therefore, was part of our pedagogical efforts.

In terms of research, my field is postcolonial literature, so these conversations are vital to my constant questioning of the parameters and motivations of my field.

Would you like to see this event become an annual event?

There seems to be an appetite for academic conferences or similar events at RMC. A conference is unique in that it allows for sustained dialogue on a particular topic. That concentration, when inclusive of diverse voices, can spark, reinvigorate, or reorient urgent conversations within an institution.

Was it a success in your opinion?

The feedback from conference participants and attendees has been overwhelmingly positive. Risking haughtiness, we would label it a rousing success. 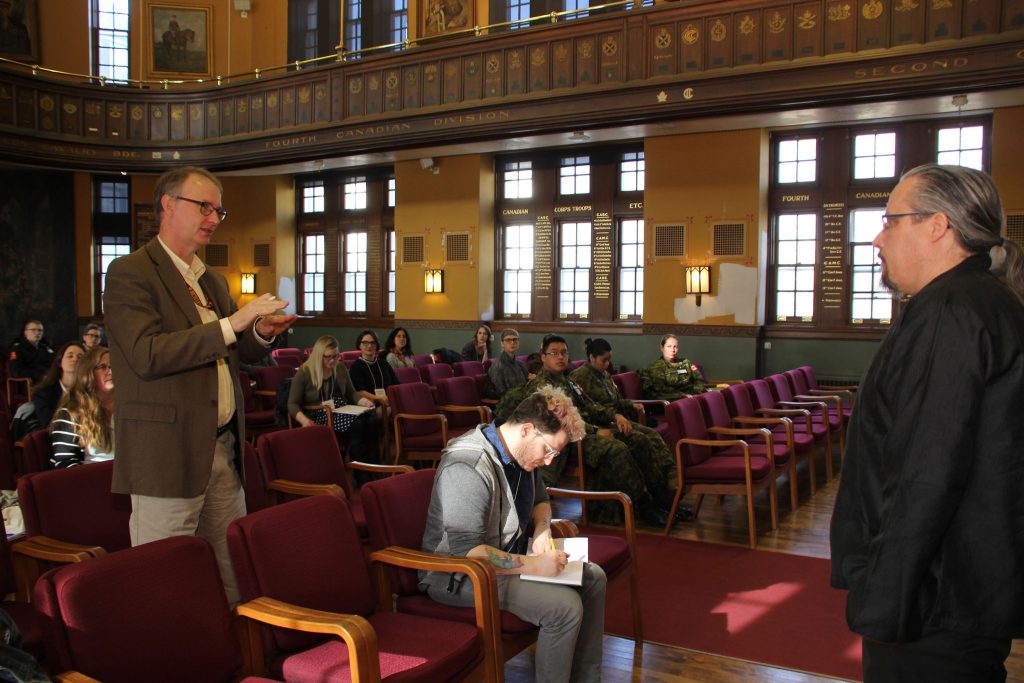 Colin Bond: A positive change, in the air, over the peninsula