Will Join Gino Bruni at Oxford in 2011 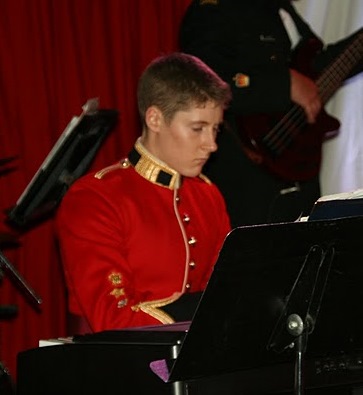 “ I am so proud of OCdt Alexander and his selection for a 2011 Rhodes Scholarship. This recognition not only speaks to the incredible talents of OCdt Alexander, but also to the tremendous success of the RMC program. OCdt Alexander joins an impressive list of RMC Cadets who have achieved this highest level of recognition. Well done and congratulations from Brenda and I!!”

“We are extremely proud of Mr. Alexander and feel that his selection reflects well not only upon him personally but also on the entire RMC-C community. For the combination of intellectual ability, athletic prowess and leadership skills, looked for in Rhodes Scholars are the very attributes that are fostered here.

Special thanks to Dr. Billy Allan for his mentoring and advice to our Rhodes applicants.”

Brendan Alexander was born in Saskatoon, Saskatchewan, but grew up in Ottawa. He attended Ashbury College from grades 4 through 12 in Ottawa. It was there that he developed his interests in athletics, music, history, and visual art. He is currently in the artillery, and completed his Phase 3 Troop Commander qualification last summer in Valcartier. He was awarded the Nicola Goddard artillery sword this fall. At RMC, he has held the positions of FYOP section commander, Deputy Cadet Flight Leader, and he is currently the Cadet Squadron Leader of 3 Squadron.

Brendan is an honours History major, with a minor in economics. Extracurricular activities include : playing piano in the RMC stage band, intra mural hockey, and he is a coach in the RMC Combat Fitness Club. His academic interests lie in military history, specifically guerrilla warfare and counterinsurgency, which is what he hopes to study at Oxford. He has a sister, Emily Alexander, who is currently attending the University of Vermont on a swimming scholarship. His father, Nicholas Alexander, is recently retired from the RCMP, and he is now the Head of Investigations at Elections Canada. His mother is a general practitioner in Ottawa.

As of 2010 there have been 12 Rhodes Scholars who were ex-cadets of RMC:

Reaction from the RMC community:

“I found out through your email that Brendan was awarded a Rhodes and I am thrilled. He is a role model on our campus of an individual who is exceptionally well-rounded and accomplished. It will be exciting to follow his career.

It is a tremendous honour for RMC as well.”

“This is a great achievement for Brendan, I look forward to seeing him in Oxford next year!

It is also an amazing achievement for RMC. This accomplishment is a testament to the hard work and dedication of academic and military staff of the College who have provided cadets with a great environment for education and leadership.

To have two consecutive RMC Rhodes Scholars shows the world the high standard and quality of our institution.

“As a dynamic leader, a promising scholar, an amazing athlete, a compassionate and generous volunteer, a talented musician, and a well-rounded, creative and imaginative individual (not to mention a cool guy), Brendan is well deserving of this prestigious scholarship.

I’m honoured he asked this English prof for a letter of reference.”