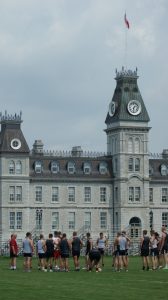 What to expect: “The goal for us is to always to make the playoffs and with the departure of 8 starters from the 2017 campaign we will certainly have to be efficient in our approach to return to the post season once again.” – head coach Sean McDonaugh

The RMC Paladins are known for their grit on the rugby pitch, with a never-say-die attitude that will be on full display again during the 2018 fall season.

RMC fans and opponents alike will have to keep a close eye on returning players like Will Hand, Josh Andrews, and Hayden Vaugeois this year. Hand, who is transitioning from flanker to tight head prop in 2018, will be an important member of the Paladins forwards. Coming off a standout rookie season, Andrews is expected to anchor the back three from his fullback position in his sophomore year. RMC will benefit from the return of Vaugeois from injury, as he will quarterback the team in his role as the 8-man. The additions of Glenn Butler of the U18 Canada Team and Kingston native Cameron McEachern could help push this year’s team back into the playoff hunt.

The Paladins start the season at Western on Saturday, 2 September with a 3:00 PM start. When the Mustangs visited RMC in 2017, the home team put up a significant fight in a 38-31 loss to a team that finished the year 5-3. This year in London, the Paladins hope to turn the tables. 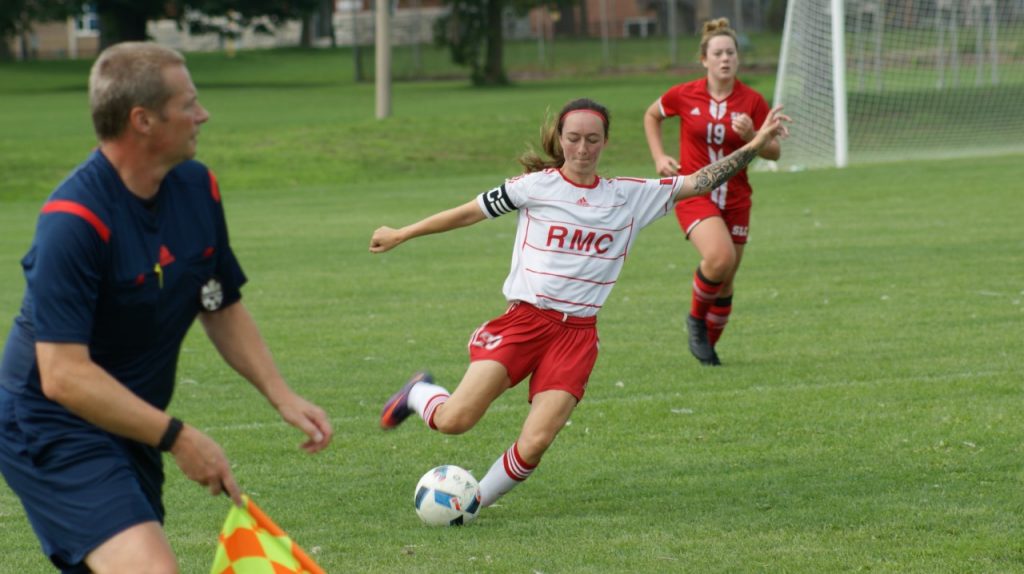 What to expect: “We will carry out our game plan effectively to perform to the best of our ability.” – head coach Chad Beaulieu

With a few pre-season wins under their belt, the RMC Paladins women’s soccer team is ready for their milestone 25th year of competition.

After a big recruiting class last year, the Paladins are in the fortunate position to have a number of key returning players on the roster in 2018. In the off-season, RMC co-captain Emma Owen picked up invaluable experience at the CISM Women’s World Soccer Championship in Texas (read more: http://ow.ly/1uvs50ihLVO), which she will employ as she wears the red and white of RMC this fall. Kaylee Carlisle returns to the Paladins lineup as a co-captain for the second consecutive year, leading the team from the middle of the park with the ability to get forward and take chances offensively. Third-year keeper Claudia Rusu stopped more shots than anyone in the OUA in 2017 after starting all 16 games for RMC. Now a veteran on the team, Rusu will be relied upon to create stability starting at the back. Kate LaFleur out of the Niagara Regional Soccer Program highlights a hungry recruitment class that’s ready to earn their spot on the field.

The Paladins begin the season at home on Saturday, 2 September against Laurentian at 12:00 PM. With strong players in key positions, RMC is in a position to start the year on a positive note. Last year, Carlisle netted a goal against the Voyageurs when RMC travelled to Sudbury. 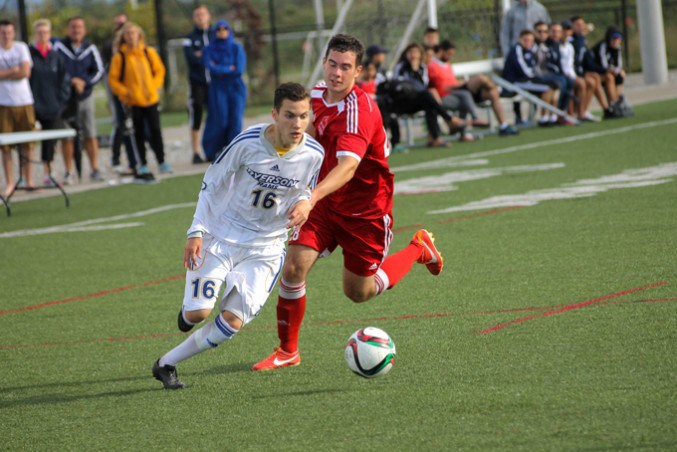 What to expect: “The players are here to be junior officers in the military, and that is their main focus—everything else is secondary.” – head coach Victor Mendes

The Paladins have the benefit of CISM experience in a number of team veterans combined with the skill of a few key recruits heading into OUA competition this year.

RMC has four co-captains this year to help provide leadership across the field. Simon Leslie and Andrew Chambers return for the Paladins this year on the backline to provide stability and start counter-attacks. Liam Chambers, a tough to knock off the ball forward, enters his second year with the program and is expected to be an important member of the RMC offence along with goal-scorer Bradley Rylski. Making a return from injury, Graeme Curran is ready to contribute again in the 2018 campaign. Local recruit Dylan Hoare will help the Paladins ball distribution as he adjusts to the speed of the OUA, and rookie keeper Hunter Adams out of Sudbury will be tested this year at the next level.

RMC kicks off the regular season on Saturday, 2 September with a home game against Laurentian at 2:15 PM on Navy Bay 5. The Paladins played a pair of close games against the Voyageurs in September of 2017, with Rylski finding the back of the net in one match for RMC.