Professor Lubomyr Luciuk’s latest book, Operation Payback: Soviet Disinformation and Alleged Nazi War Criminals in North America, will be published by the Kashtan Press in November 2021. Based on a recently declassified KGB document, the book exposes how Soviet operatives planted “fake news” stories in North American newspapers in order to provoke discord between the Jewish and Ukrainian diasporas. Included are a collection of Luciuk’s published opinion-editorials about alleged Nazi and Soviet war criminals in North America and a selection of documents demonstrating how official inquiries made just after the war, and more recently, concluded that claims about “thousands” of Nazis hiding in Canada and the USA were “grossly exaggerated.” Regrettably, those findings did not undo the false Soviet narrative propagated by agents of the Russian Federation and their fellow travellers, a successful stratagem the author asserts has been used to distract attention from Russia’s ongoing war against Ukraine. 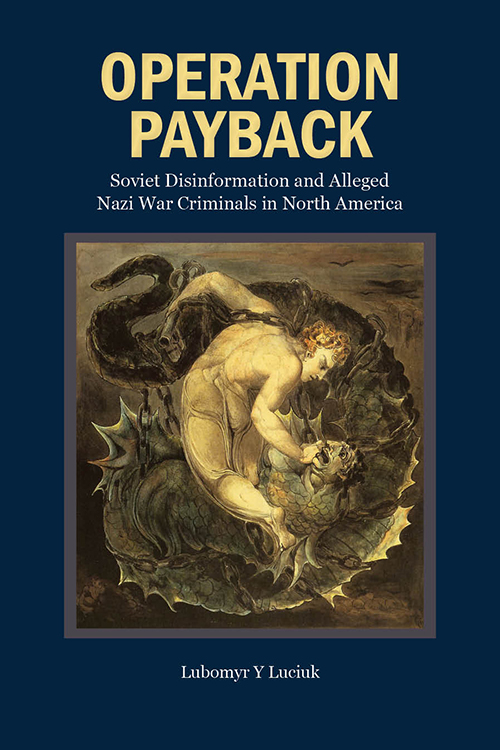