On 28 August 2019, three members of the Royal Military College of Canada team were in Washington D.C. for a workshop on “Securing Elections,” hosted at the International Foundation for Electoral Systems (IFES). The workshop was co-chaired by RMC Assistant Professor Dr. Holly Ann Garnett, and co-sponsored by the Electoral Management Network, IFES, the Electoral Integrity Project, the MIT Elections Lab, the Social Sciences and Humanities Research Council of Canada, and the International Political Science Association Research Committee 23.

Dr. Garnett also presented a research paper she wrote with her student, 28150 OCdt Jean-Nicolas Bordeleau. The pair’s paper looked at the use of security forces in elections. Both proudly represented RMC at the event.

Patricia Mockler, a research assistant at RMC, was also present. With her expertise in electoral studies, Ms. Mockler acted as chair and academic discussant for one of the conference’s eight concurrent panels.

The “Securing Elections” Conference is a great example of RMC’s involvement in the academic community and its support for Officer Cadet’s academic success! 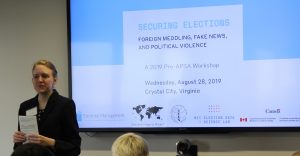 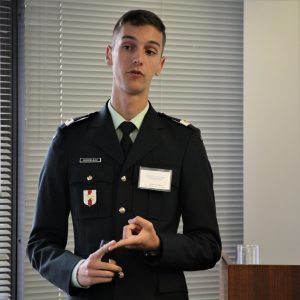 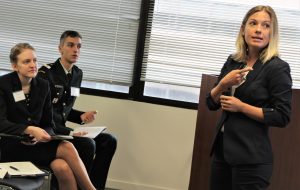