Above: The RMC contingent crosses the Rainbow Crosswalk in front of City Hall at the end of Kingston’s 2019 Pride Parade.

The annual Pride Parade in Kingston happened on the 15th of June 2019 and was a huge success. This marks RMC’s second year participating in the event with this year’s contingent being significantly larger than last year’s, showing a rise in support for the event. The Parade, which marched down Princess Street to City Hall and which saw hundreds in attendance, celebrates the LGBTQ community and the support the City of Kingston has for inclusion and diversity.

The Commandant of RMC, 18777 Sébastien Bouchard, along with Chief Warrant Officer Hoegi, joined the parade with RMC Principal 14458 BGen (ret’d) Dr. Harry Kowal, a number of staff and faculty, and a large group of Cadets. 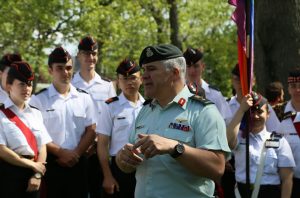 RMC Commandant BGen Sébastien Bouchard addresses the RMC Contingent prior to the Parade.

Prior to the Parade getting underway, the Commandant spoke on the importance of RMC’s attendance. “For RMC, it being the unique university and unit that it is, it is vital to support a diverse group such as the LGBTQ community within the larger military family,” he said. “RMC fits right in here. The Canadian Forces are about inclusivity. We’re sending the right message by being here today.“

Samuel Meinhardt, the President of AGORA (RMC’s LGBTQ Support Group), played a huge role in the planning and execution processes of the event. Without his hard work and dedication, the parade would not have gone as smoothly and successfully as it did. The 2019 Pride Parade displays the level of support and care that communities have towards various minority groups. 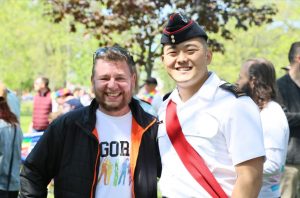 “Pride is a celebration that, in my view, has changed over the years from one of protest to one of love, inclusion, acceptance, awareness, and diversity,” Mr. Meinhardt said.”Although it is important to remember where it all started, it is also important to understand that we as a society need to embrace the steps that are taken towards change. That change is a slow process but through guidance, education, commitment, and unity we can achieve our goals and be proud to be part of a diverse and inclusive Canadian Armed Forces that truly represents the larger Canadian society.”

G1628 Major Tanya Grodzinski, who wrote about her transition journey for eVeritas in 2017, added, “AGORA has contributed to the creation of an environment that allows everyone at RMC to be themselves regardless of orientation or gender. RMC’s contingent in the Kingston Pride Parade is a demonstration of this wonderful and dramatic change in the CAF, reflecting the values we all defend.”

Overall, the RMC contingent was well-received by those present. The accompanying Pipes & Drums, being the only band in the Parade, were a particular hit.

Those who marched in this year’s Kingston Pride Parade were proud to do so to show RMC’s continued support for all Canadians. 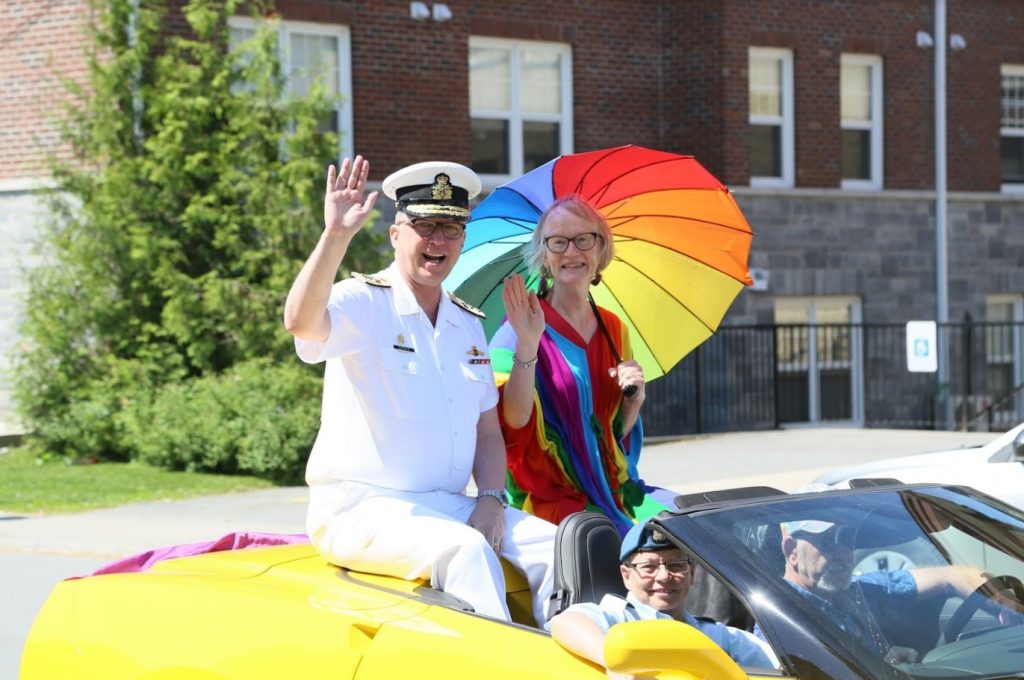 RMC also flew the Pride Flag to mark the occasion.

More photos from the Parade 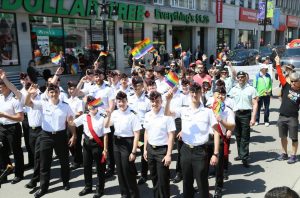 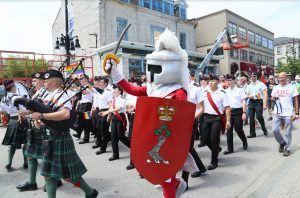 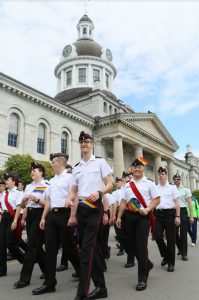 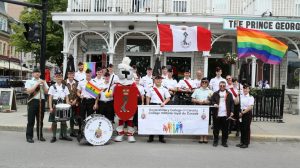 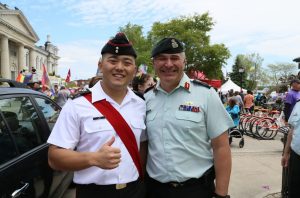 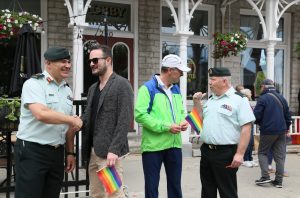 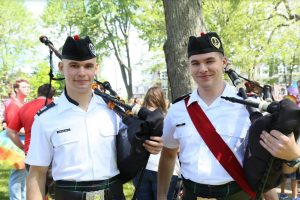 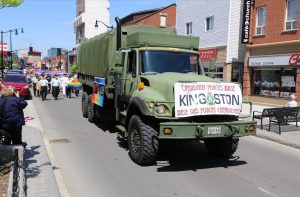 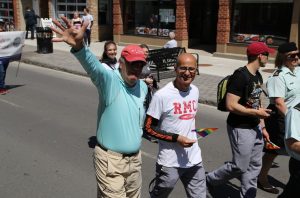 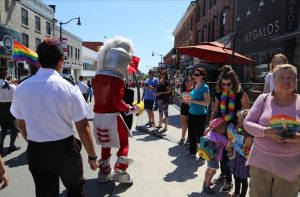 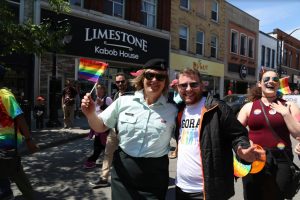 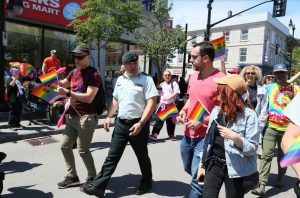 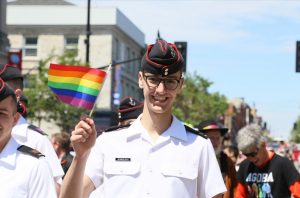 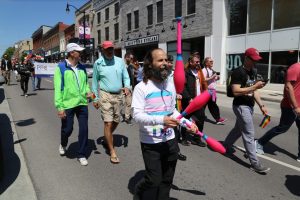 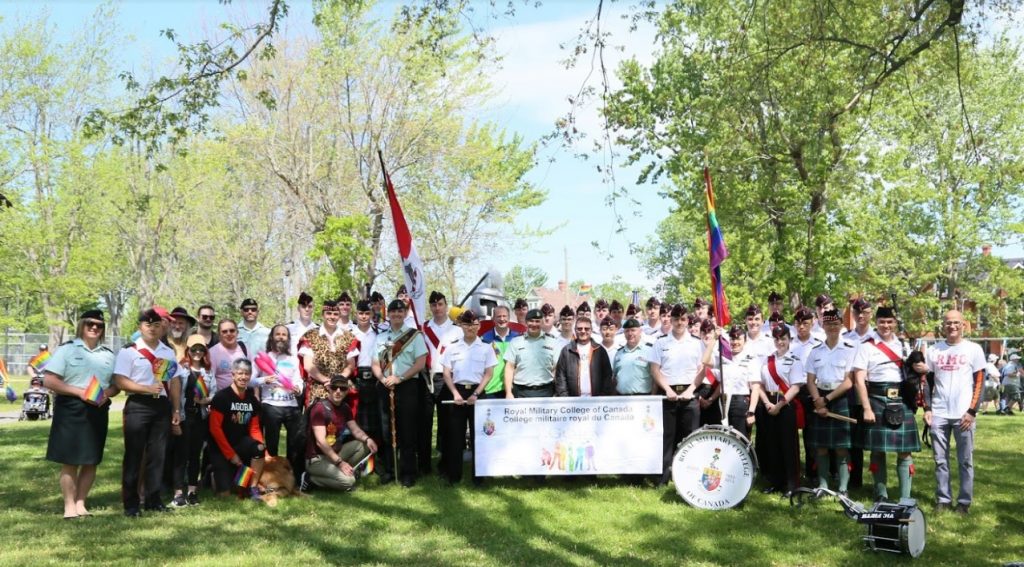