The RMC Women’s Volleyball Program has experienced a tremendous amount of change over the last five years. After the departure of long-time coach Carolyn Weldon in 2013 the program has since had two Head Coaches at its helm and seen the graduation of the program’s most successful and most experienced athletes during this period. This has left a large gap in the roster as the level of talent and experience within the program has been impacted. 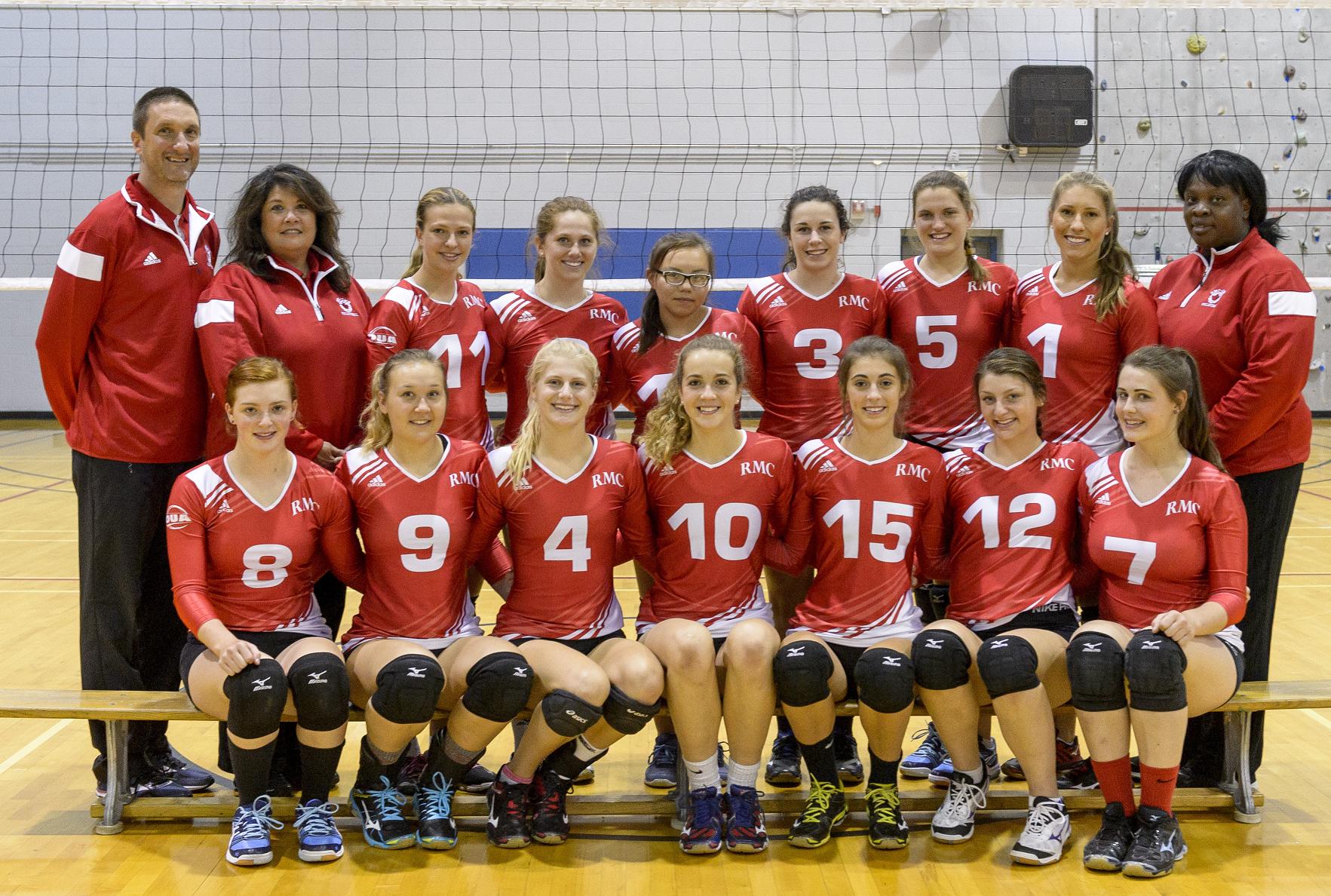 Over the last year the women’s program has been looking to revitalize itself under the direction of current Head Coach Joely Christian-Macfarlane. The team has set two definitive goals – achieve academic success by placing 25% of our athletes on the Academic All-Canadian list and the second to duplicate the success of the program’s best year when they made an appearance at the OUA Final Four Championships.

The revitalization of the program has meant that we currently carry a very young and inexperienced roster with over two-thirds of the team competing in their first year of varsity sports at the OUA level. For women’s volleyball the OUA is the last stepping stone before our Olympic level Volleyball Program and the learning curve for the athletes this past 2016-17 season has been a big one. While the youthfulness of the team creates challenges it also provides a solid foundation for the program to build the culture of success that needs to be created to achieve the program goals as we do not lose any athletes to graduation next season.

Within a year establishing these program goals, the Women’s Team earned its first ever OUA recognition for academic and athletic excellence as Cassidy Chang was awarded the OUA Award of Merit for 2015-16. The second goal continues to be a work in progress that will take time and patience to achieve as it will require more targeted recruiting of athletes that currently compete among the top ten club programs in the province and know how to compete under pressure. Our recruiting goal is to bring in volleyball players who are athletic and can achieve academic and competitive success.

As we look to the future of the program we have been able to attract four athletes that compete for top club programs to apply to RMC for this fall. Currently we are excited to welcome three of those athletes to our program and are hopeful for the fourth. Two of the athletes joining the program this fall finished second at provincial championships this past season.

The ability to recruit and attract athletes of this caliber is a must for the RMC Women’s program if we are to compete and earn our place among the top four teams in the OUA in the future. But the ability to recruit and attract these athletes is a larger hill to climb when competing against institutions such as Toronto, Western and McMaster who have stood among the top three teams in the province consistently for the last four seasons. It is difficult to have a young girl of 17 see the potential of a program that currently sits last in the league overall when they are also being recruited to institutions that are among the best. One way to bridge the gap would be the reintroduction of the RETP program which generated much more interest among female recruits in the past.

The future is bright for the Women’s volleyball program as we seek to use the change we have been given to establish and build a legacy of competitive success in the OUA.

Wall of Honour: Two Entrepreneurs to be inducted