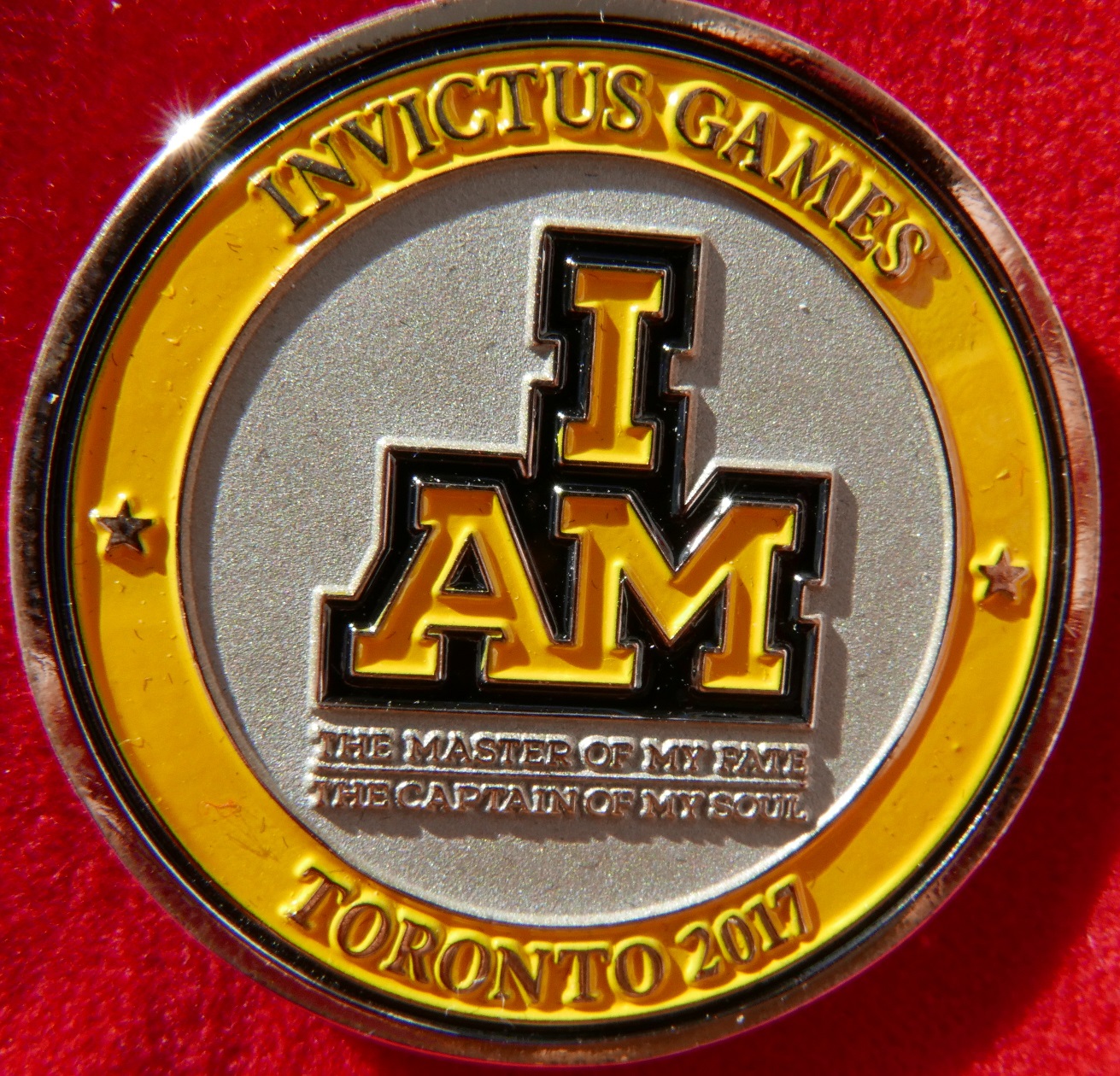 The 2017 Invictus Games are now history.

Rob Smith, now a storesperson at the Department of Applied Military Science made a name for himself at these games which were held in Toronto, 24 – 30 September.

The former infantryman always loved the team atmosphere of the military and putting on the uniform.  In 2008, he was deployed to a Forward Operating Base in Southern Afghanistan, where he sustained a serious concussion in an explosion and the first signs of PTSD surfaced.

The long journey to recovery and building self-confidence began late nights at the gym and the pool when they were most quiet.  Some time in 2016 he became aware that Canada would be hosting the 3rd edition of the Invictus Games.

He applied to be a member of the swimming component for the canadian team. Although he was always a ‘pretty good’ swimmer he had never received any formal coaching.

With just under five months before the start of the ‘games’; he approached kommy Farahani, at the time the Head Coach and Technical Director of the RMC Swimming, and asked for coaching assistance.

kommy recalls vividly the whisper quiet and cautious approach by Rob.  The immediate and firm response for ‘one on one’ coaching was a resounding yes.

In the summer of 2016, kommy had been pursuing his Advanced Competitive Coaching Certificate which included ‘hands on’ instructions in Los Angeles, California under the direction of high profile american coaches.

The personable and popular coach is very well known by Ex Cadets (and current cadets) going back 25 years or more for always being there to lend a helping hand.   Most who have had first hand experience with him are likely not surprised that he worked hard to be a high level coach so that he would be able to help others.

The thought of directing a para-swimmer was in the realm of abstract for the Senior Lecturer in the Department of Chemistry & Chemical Engineering.

At the time, komy had just returned from the Ontario Provincial Championship – where RMC swimmers returned with the grand harvest of 23 medals.  Followed soon by a World Championship training camp at the University of Toronto; the abstract became unmasked in the form of regular practices with Rob and komy at the RMC pool.

There remained only four months to the Big Event. Rob presented himself as a recreational swimmer with two main goals of not embarrassing his Canada and not finishing last.  The vision had been cast and the swimmer and the coach left the starting block in a relay of Rob swimming and kommy walking the deck in parallel unison, observing and pondering the next minute, the next day and the next week.

A dryland training regimen was meticulously drawn to complement and augment the swim practices.  Nearing the end of the second phase technical and anaerobic build-up, kommy recalls pushing critical but necessary stress buttons. There were days in this later phase that some rough patches started to emerge.  Much analyzing and reflecting was needed away from the pool to accurately gauge the situation, re-calibrate and apply palliative measures.

Rob responded brilliantly and re-emerged with vigour spiced with his usual valour.

The last chapter of Rob’s journey to Invictus Games and experience of a lifetime began aboard a VIA Rail Train from Ottawa to Toronto.  From the dark shadows of struggling with PTSD, a glimmering ray of light emerged in the Pan Am Pool.

Rob competed in four swimming events and set many Personal Best Records.  Now, the fastest male Canadian on the team, he was chosen to anchor the 4×50 Free relay.  He credits his ‘personal coach’ as a cornerstone of his achievement, propelling him to a Competitive Swimmer in the international arena. As Rob told us in describing what komy meant to him, “I couldn’t have done it without him.”

The ultimate reward for kommy remains Rob’s utter trust in him on an uncharted road.  “It has been personally enriching beyond the ordinary, one that I am still trying to fully comprehend.”

17160 Stephen Kalyta asks: Do you want your experience at RMC to be an anchor or rocket fuel?

Varsity teams gearing up for challenging second half of their seasons