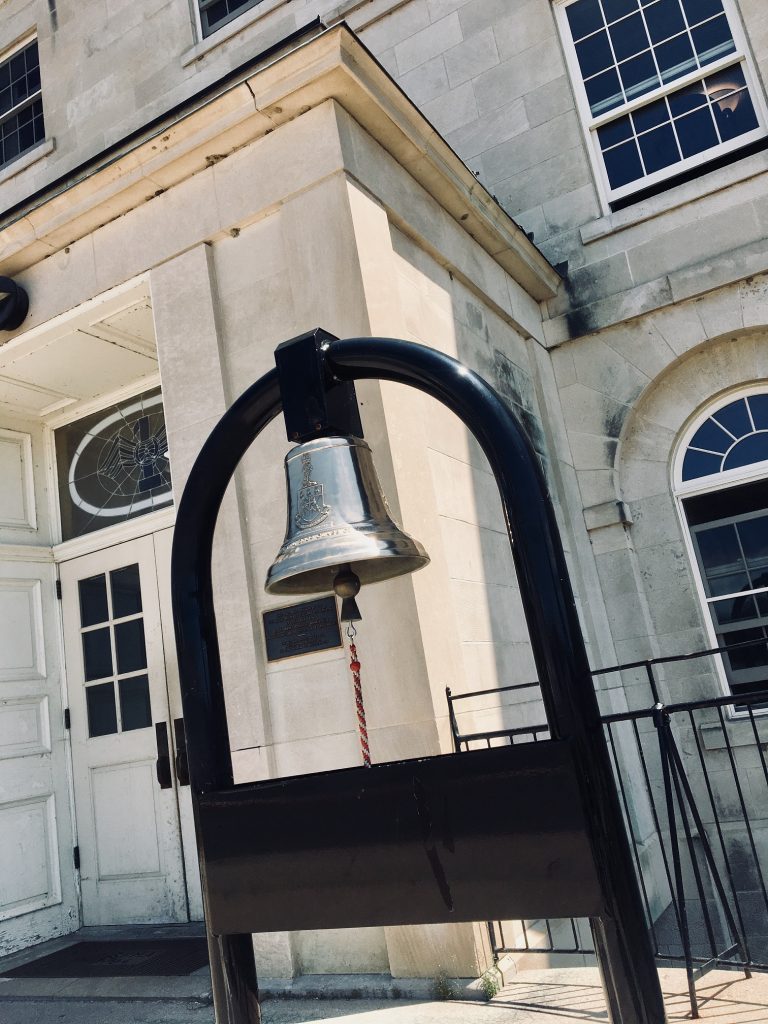 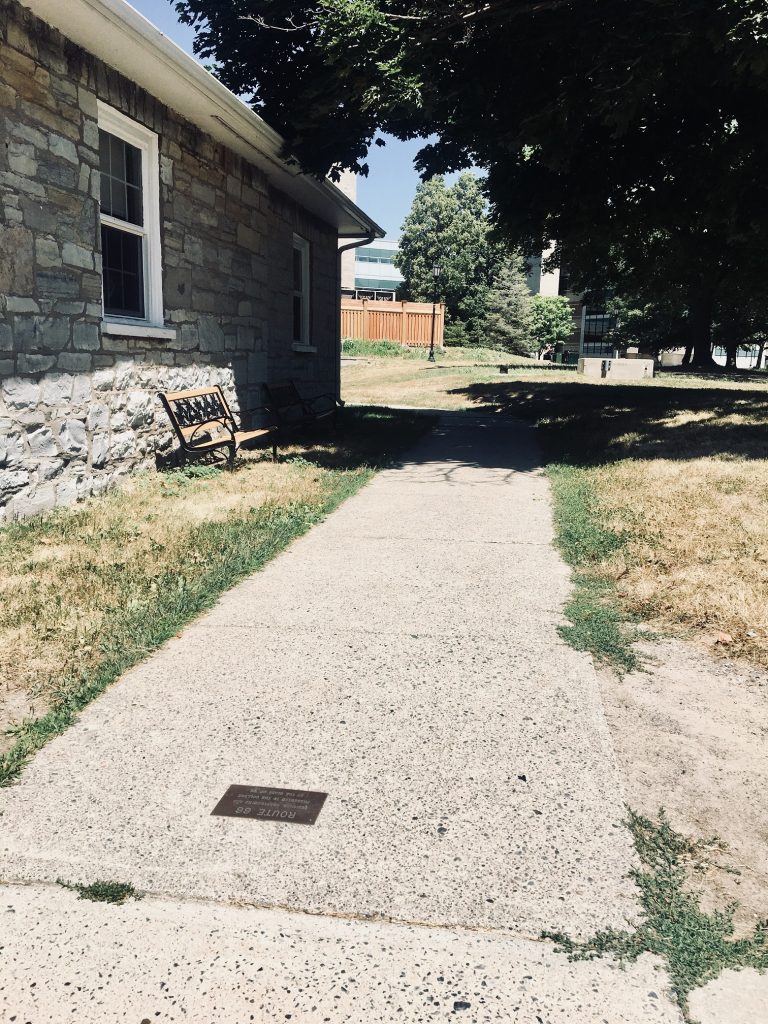 Each year hundreds of RMC cadets graduate from the college, and march through the arch marking the end of their time studying at the college. The graduating class shares a tight bond having been through the four years together and sharing experiences. They also work together to pick a class gift that they value and think will be important as a way to give back to the college. Some gifts are used daily by cadets without them realizing it; others are placed around the college to add to the uniqueness of the peninsula.

Outside of the Stone Frigate, one of the oldest buildings on campus, there is a bell that was presented to RMC 17 October 1976 by St Mark’s Church, Barrifield in recognition of the college centennial. The bell was erected there through the generosity of the class of 1931 who paid for it to get restored since it is customary for a ship to have a bell. This bell now carries on a tradition for the cadets at RMC. Every year after the completion of First Year Orientation Period (FYOP) the incoming cadets complete the grueling obstacle course. The cadets of Alpha Flight, first years from 1 Squadron, Hudson Squadron, after completing the challenge ring this bell, marking the end of their orientation and the welcoming of these cadets into the squadron. During the year, the ringing of the bell marks the arrival of Kai for the cadets. The bell was a class gift and it’s incorporated in their daily lives at RMC.

Another class gift at RMC is the infamous Route 66. It’s the path at the entrance of Massey that was designed, constructed and presented to the college by the class of ’66. This pathway is constantly used by the cadets to get from the dormitory to the classroom. As part of the orientation period the cadets on FYOP weren’t allowed to walk on the path, as it is considered a privilege. Although this rule has changed over the years, it’s still a valued part of the college that all the cadets appreciate.

The class gifts add to the historical value of the campus and continue to be an appreciated tradition by all of those who attend the college, and those who visit it.

An Early Lesson in Leadership