Above: Two generations of RMC Rugby met for Reunion Weekend 2019.

Over Reunion Weekend, a rather special event took place on the Center Field. In the annual Alumni v Cadets game, three ex-Cadets lined up against their sons on the rugby pitch.

For 16598 Scott Stevenson (RRMC 1988), 18808 Damian Brooks (RMC 1993) and 19987 Scott Treadwell (RRMC/RMC 1995), it was a chance to reconnect with old friends, coaches and teammates, but also to play against their sons, 29342 Alexandre Stevenson, 29358 Stuart Brooks and Trooper Kolby MacDonald, all first year members of the RMC Rugby team. Assistant Coach Les Davidson is now able to brag about having coached 2 generations at RMC, although unfortunately there is still no second language credit for Cadets trying to understand Les’s Scottish accent!

Rugby has always been a family within a family at the Colleges and the bonds formed on the pitch have proven to last a lifetime. Rugby coach Sean McDonaugh has instilled a sense of family in the squad since its rebirth in 2005 and on the Friday night welcomed the families of a number of first year players into the family that is RMC Rugby.

On the pitch, age, experience and rugged good looks won out over youth, speed, fitness, skill and lower BMI but the real winner was the program, which raised over $1000 and topped off the weekend with a gutsy 22-19 win over Trent, including a brave goal-line stand to seal the deal.

As a note to all Rugby ex-Cadets, only the varsity team receives funding from the College, so much of what the rest of the program experiences is due to the generosity of alumni. Take a minute to dust off your favourite rugby memory, a great game, tour, post-game social or shenanigan – and then send some support back to the program that made it possible!!! You can donate online here:  https://rmcfoundation.ca/donor_form/athletics-rugby/

Next year is the 25th anniversary of the last rugby at Royal Roads – let’s get a record turnout for the 2020 reunion weekend and support our extended Rugby family – even the odd cousins!! After all, we have a reputation….. 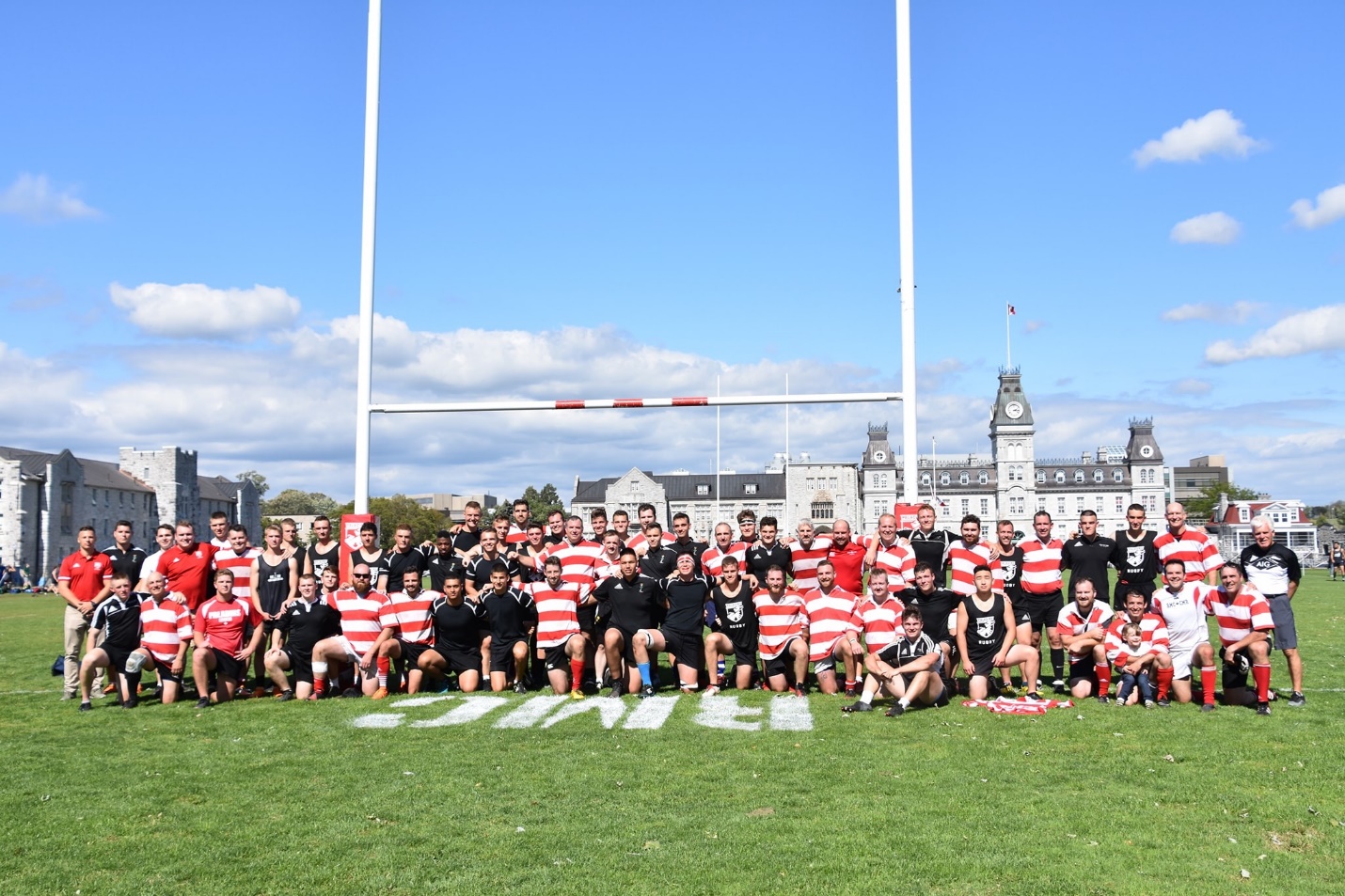 Hoping for an even greater turnout in 2020!