Close to 300 athletes, college staff, along with 50 or so guests associated with the Athletics Wall of Distinction (AWOD) were in attendance.

Everyone was aware of her credentials; consequently there was no trouble gaining their attention.

Sharon quickly spoke about goal setting. She started at a young age. “As a 10year old, I had written in a Sunday school bible I had at the time: My hopes and dreams of making the Olympics and the steps I needed to get there as a swimmer.”

She made it 21 years later.

The 1999 Pan American Games Gold medalist was clear that it was setting clear objectives along the way to which she could strive and achieve.

Her sport as a youngster was in the pool. “As a young swimmer, I learned to think, plan, and prepare in quadrennials (an Olympic cycle) – I continued that through my career – RMC, post RMC, 1st Olympic quad, 2nd Olympic quad, 3rd Olympic quad.”

Speaking obviously from the heart.

“It is a journey where I have learned from every experience, sporting, academic, social to produce the results and achievements along the way.”

The Three-time Canadian National Triathlon Champion, 1997, 1999, 2002 touched upon 3 areas/attributes that she believe were most important to her successes as an international competitor.

A quick glimpse around the audience and the expression on the faces of the athletes, it was apparent, that her message was being well received.

“Hold yourself to the highest standard – you cannot have a chance to win if you can’t be a better person and have the courage to deal with failure.”

All of the RMC athletes can relate to what she was saying.

Her second point about trying something new and taking calculated risks centered around her days as a cadet on the peninsula.

“Trying new sports at RMC and new clubs – even tried debating – ugh – but I did it as a personal challenge; improving myself in an area I knew I was weak.”

The head coach of the USA Olympic Triathlon Team, that competed in Beijing, 2008 wrapped up her inspiring talk with a familiar message to the cadets.

KINGSTON, Ont. – The achievements and successes of the RMC Paladins varsity athletes were highlighted during the annual Varsity Awards Ceremony, which took place on Wednesday, March 21st. 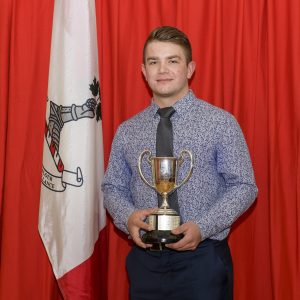 Riley Brandt (Trail, BC) from the Paladins hockey team is the first rookie to claim the Tommy Smart Cup as the RMC Male Athlete of the Year since legendary basketball player Kevin Dulude, who was on hand to present the award 17 years after earning the title during his first year at RMC in 2000-2001. Brandt joined the Paladins this season through the Aboriginal Leadership Opportunity Year (ALOY) program, and immediately made an impact on the ice. Tying an RMC record, Brandt led the nation in scoring this season with 21 goals, and tacked on 12 assists. At the end of the season, Brandt was named the OUA East Rookie of the Year, a member of the U SPORTS and OUA East All-Rookie teams, as well as an OUA East First Team All-Star. Brandt will enter next year as a first year student at the College. 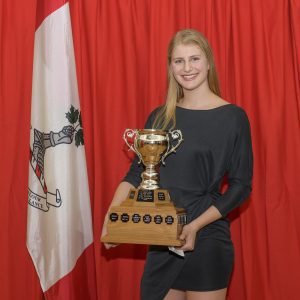 Kara Stephan (Barrie, ON) earned the Kelly Gawne Memorial Cup and the title of RMC Female Athlete of the Year for another standout season with the women’s volleyball team. Named an OUA East First Team All-Star, Stephan was one of the top offensive threats in the league during the 2017-18 season, finishing the year first in aces, third in points per set, fourth in kills, and fifth in digs. After setting an RMC women’s volleyball record with 26 kills in a game against Nipissing, the Computer Engineering student was named the OUA Female Athlete of the Week in January. Stephan was also named Top 3rd Year at RMC for 2017-18 on Wednesday. 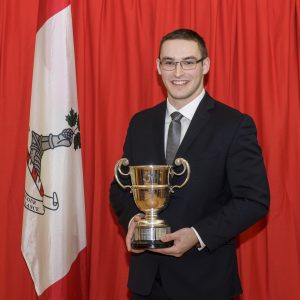 For his excellence in all four components throughout his college years, Olivier Couillard (Gatineau, QC) is the 2017-18 recipient of the H.R.H. Prince of Wales Cup. An integral member of the men’s soccer team, Couillard has excelled in his Electrical Engineering program at RMC, achieved top bilingual scores, and performed impressively in his fitness testing. After completing his first academic year at RMC Saint-Jean, Couillard was named an Academic All-Canadian in 2015-16 and 2016-17 during his first two years of U SPORTS eligibility.

David Savery (Angus, ON) is this year’s Captain Matthew Dawe Memorial Cup recipient, which is awarded annually to the outstanding male or female ROTP (Regular Officer Training Program) varsity athlete, of any year, who excels in all aspects of College life at RMC. On the ice, the third year Honours Economics & Business Administration student led the Paladins with 16 assists and was second in points with 22, including two game-winning goals. A leader off the ice as well, Savery helped organize the team’s blood drive and stem cell match program, plus the Kids for Kids hockey tournament in Kingston.

Additional award winners included Alex Cameron (Top 4th Year) and Matt Muller (Fair Play) from the Paladins hockey team, which was named the 2017-18 RMC Team of the Year on Wednesday for its exciting play that captured the attention of hockey fans across the province. Highlights of the hockey season included beating a nationally ranked UQTR team in three consecutive games during the fall semester. Kyle MacKinnon (Top 1st Year) and OUA Bronze medalist Garret Whelan (Top 2nd Year) of men’s fencing joined the list of honourees, as did Jean-Michel Trembley (Top Team Captain) of men’s rugby. 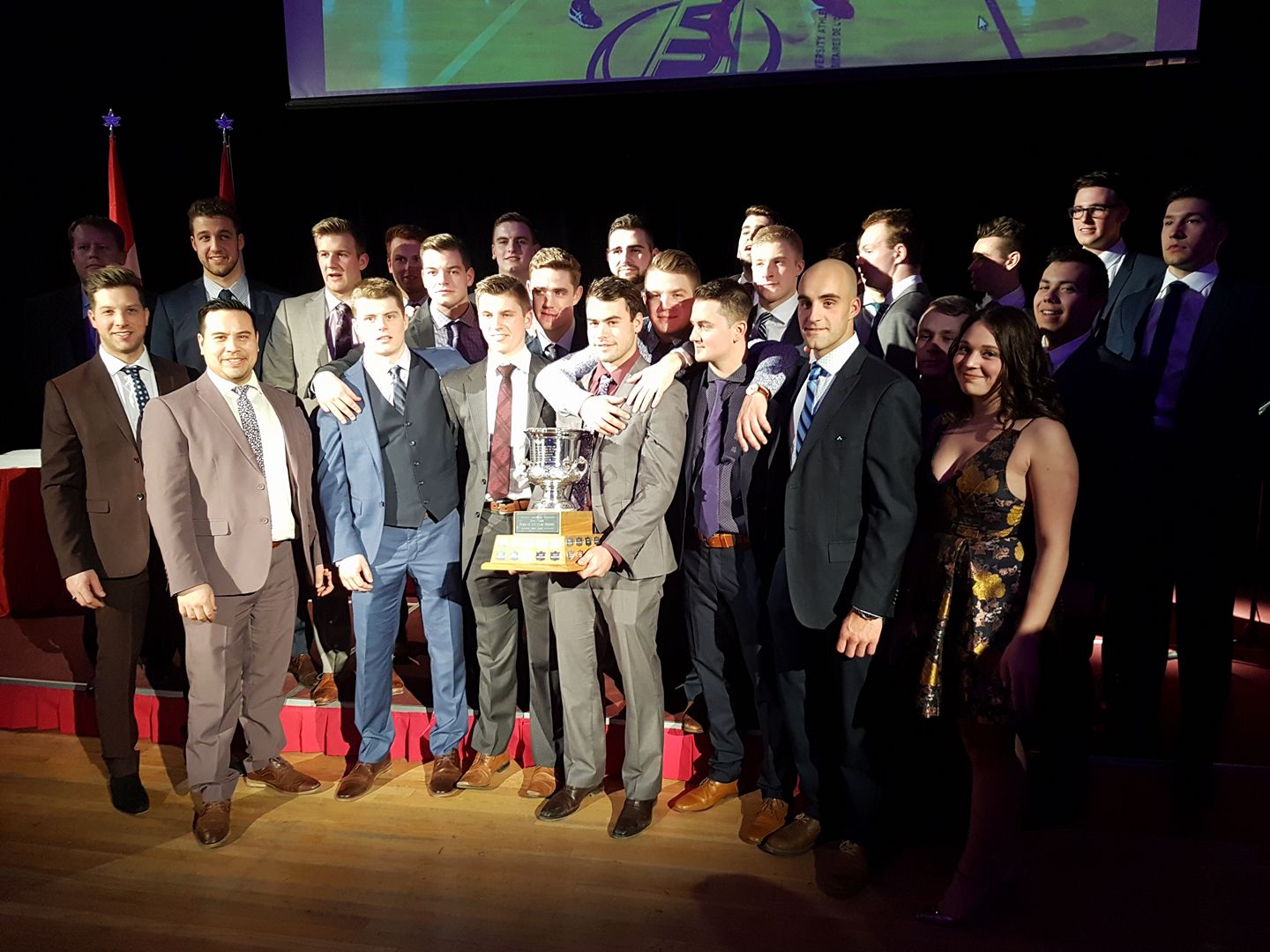 Hockey is the RMC Team of the Year!

The Commandant, BGen Bouchard in his usual low key but straight to-the-point manner put a nice bow on the evening. He heaped just the right amount of praise, on the athletes and coaches; and made it clear that he respected what they all do and try to accomplish; usually under incredible odds.

It was obvious that he is proud of the sports program and respects all those who make it happen.

He also made a clear point of recognizing the donor support administered through the RMC Foundation.