A reception coordinated by the Canadian Embassy was held in Pristina on 29 Jun and was attended by the President of Kosovo, Mr. Hashim Thaçi. The Canadian ambassador lauded Canada-Kosovo international cooperation, future bilateral opportunities, and thanked the CAF for its contributions in the region. 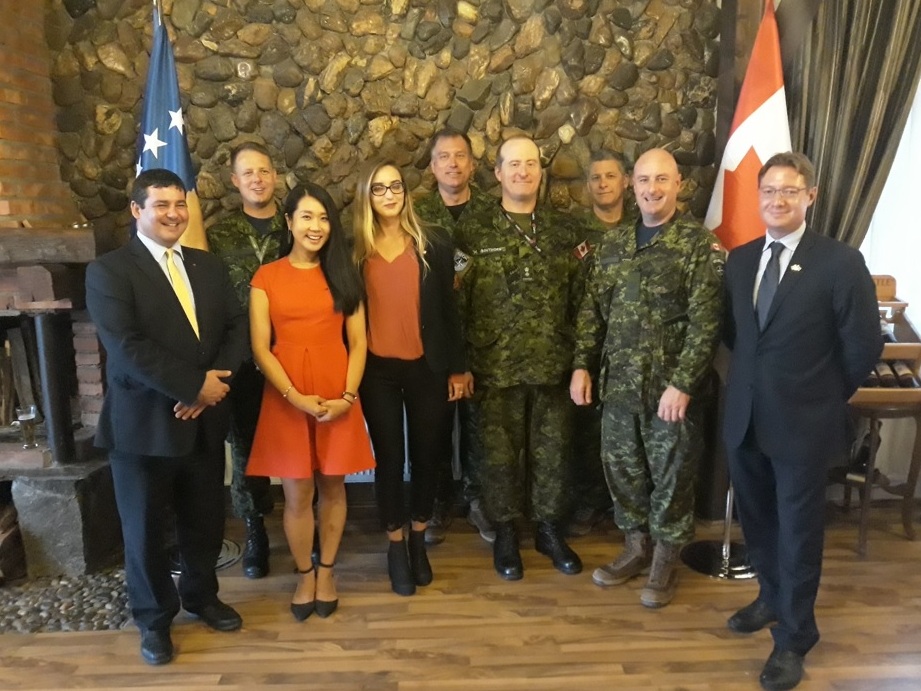 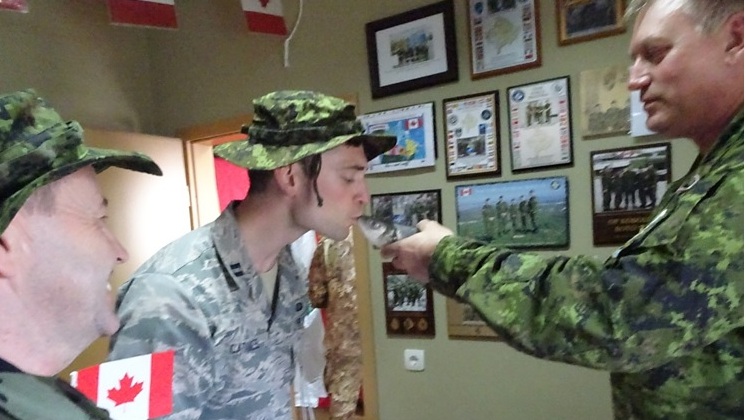 Caption: Commander of Task Force Pristina, Cdr A. Thys, offers a ‘cod’ to NATO soldiers as they are Screeched-in as part of 2018 Canada Day celebrations at Camp Film City in Pristina, Kosovo. Photo courtesy of the Embassy of Canada in Zagreb, Croatia

Alongside other KFOR participating nations on 01 July TFP put on a hockey demonstration, providing the opportunity for some 2000 visitors and children from the local communities to shoot with a hockey stick for the very first time. The visitors were happy to receive small Canadian souvenirs, such as flags, maple candies and maple cookies thanks to the incredible support from MFRC and PSP staff in Ottawa. 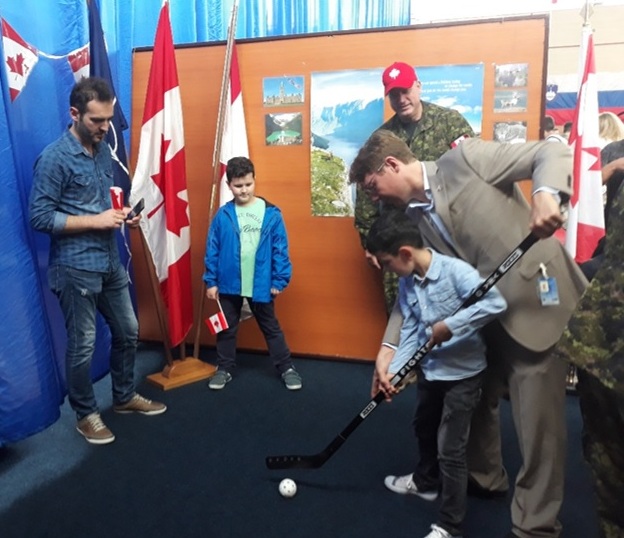 Caption: Canadian Ambassador, Mr. Daniel Maksymiuk showing a local Kosovan child how to shoot with a hockey stick at KFOR International Day. Photo courtesy of the Embassy of Canada in Zagreb, Croatia.