Rod Roberts – former member of the RMC Department of Athletics 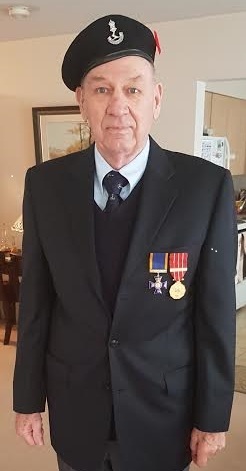 John Michael Black died at the age of 79 years of lung cancer in Veterans’ Memorial Building, QEII, Halifax on December 10, 2017.

Born in Fredericton, N.B., he was a son of the late Bertha Marjorie Lee and Lewis Dick Black. Michael graduated from RMC Kingston, Ontario in 1961. After Pilot Training he was posted to bases in Canada, the United Kingdom, and the United States. He was Commanding Officer of 404 Training Squadron, Greenwood, and received the Order of Military Merit at Government House, Ottawa, in 1982.

In civilian life he was employed with the Commerce and Technology Department, Fredericton, N.B.; was co-owner of Connell Beverages, Middleton; and a member of Probus Club, Halifax.

As an accomplished writer he co-authored articles for Action Station Canada Magazine. He was a sports enthusiast and gardener, spending many happy days relaxing by the sea in Victoria Beach.

He will be missed by his many RMC Class of 1961 friends who with much affection called him Moose.

Besides his parents, John was predeceased by his brother Dick.

There will be a Celebration of Life at a later date.