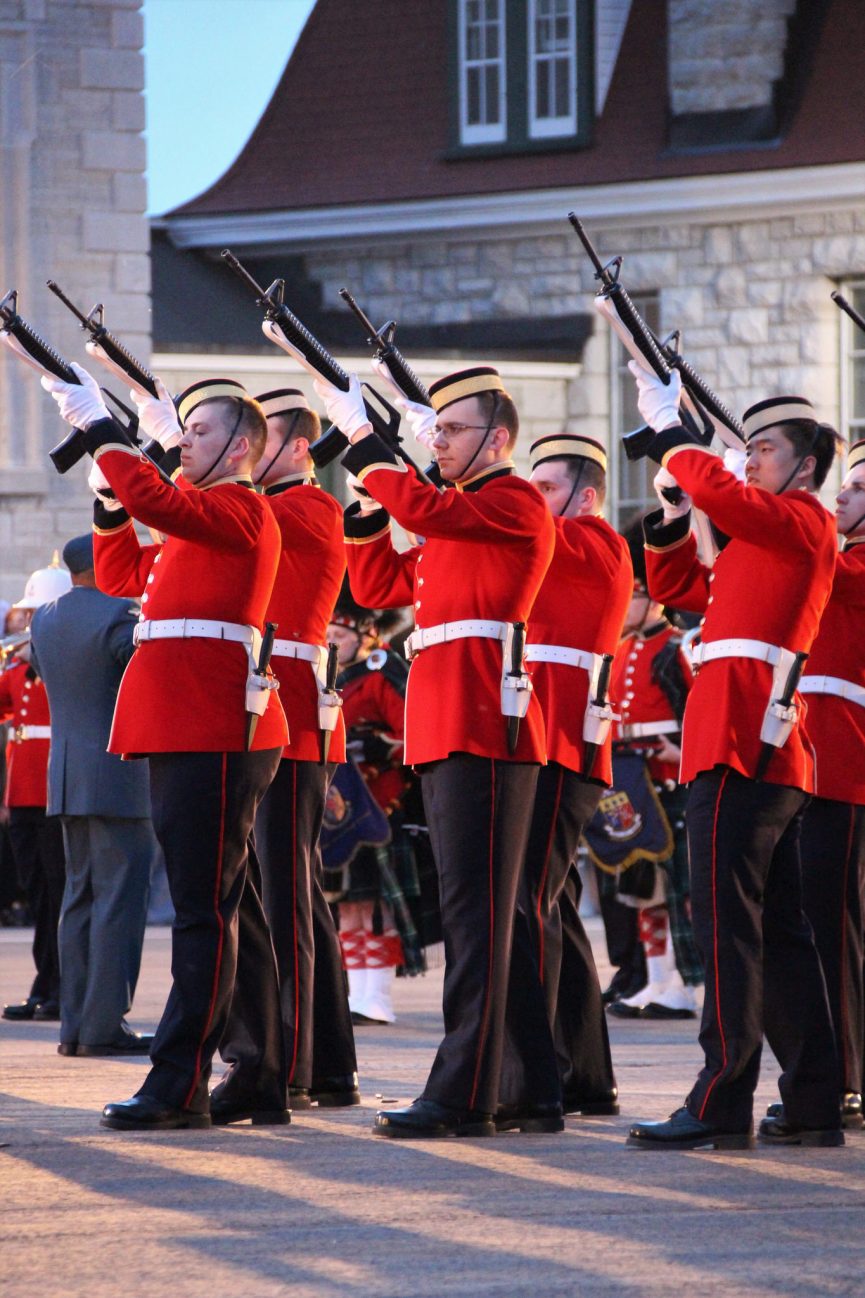 Thursday evening, May 18, 2017, RMC put on a show that could have blown the good ship Cordite out of the water in its docking by the boathouse. This college-wide tradition drew crowds of students, staff, family and friends of graduates, and military guests to the parade that revolves around the passing off of the national and college colours from the old flag party to the new team in charge of providing a group of trained cadets for all ceremonial flag party demands the following year. Leading up to this key moment were displays and performances put on by the RMC Brass and Reed Band, the Highland Pipes and Drums, the Highland Dancers, the Choir, the Precision Drill Team (which pulled off a splendidly pristine routine without error—quite precisely), and the Old Eighteen accompanied by traditional drum cadence and fife (an artillery display using the old cannons and rifles with blanks, to the surprise and delight of the audience). These and other events and celebrations of both officer cadet and supporting staff efforts occurred throughout the evening, as well as the actual ceremony, that of leading in the provincial and national colours with an honour guard, accompanied by the Bands and a feu de joie. As the dusk began to fall over the parade square, the trumpet fanfares to the original Sunset Ceremony scores soared over the lowering of the flags, and finished with the playing of Amazing Grace with the entire band, trailing off with a solo line from the lone piper aloft Mackenzie Tower. With a gorgeous array of fusia orange and gold streaking the dark blue clouds, it was truly a Sunset night not to be forgotten—concluded with a fireworks show that had at least ten finale worthy moments! The night capped off with a fun and relaxing get-together in the Cadet Mess to the live music of Sean McCann. Probably one of the most lively parades prepared throughout the year, RMC has marched, volleyed, and piped itself proud with another Sunset Ceremony well done!