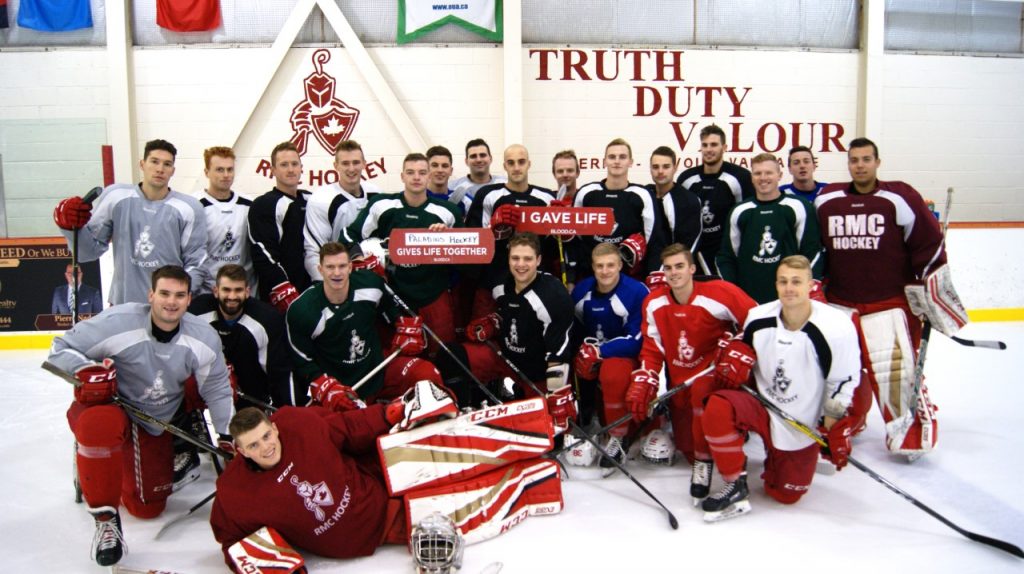 On Friday night, the RMC Paladins matched up against the Nipissing Lakers on the ice—two teams that are battling for the last playoff spot on the OUA East. Off the ice, however, an even more important initiative took centre-stage: saving lives by giving blood.

Hockey Gives Blood, in partnership with Blood Services Canada, aims to reduce blood shortages nation-wide while creating a lasting commitment to blood donation throughout the hockey community. In addition to the Paladins, fellow supporters include the Toronto Maple Leafs, the Vancouver Canucks, the Calgary Flames, the Humboldt Broncos, and the UOIT Ridgebacks. 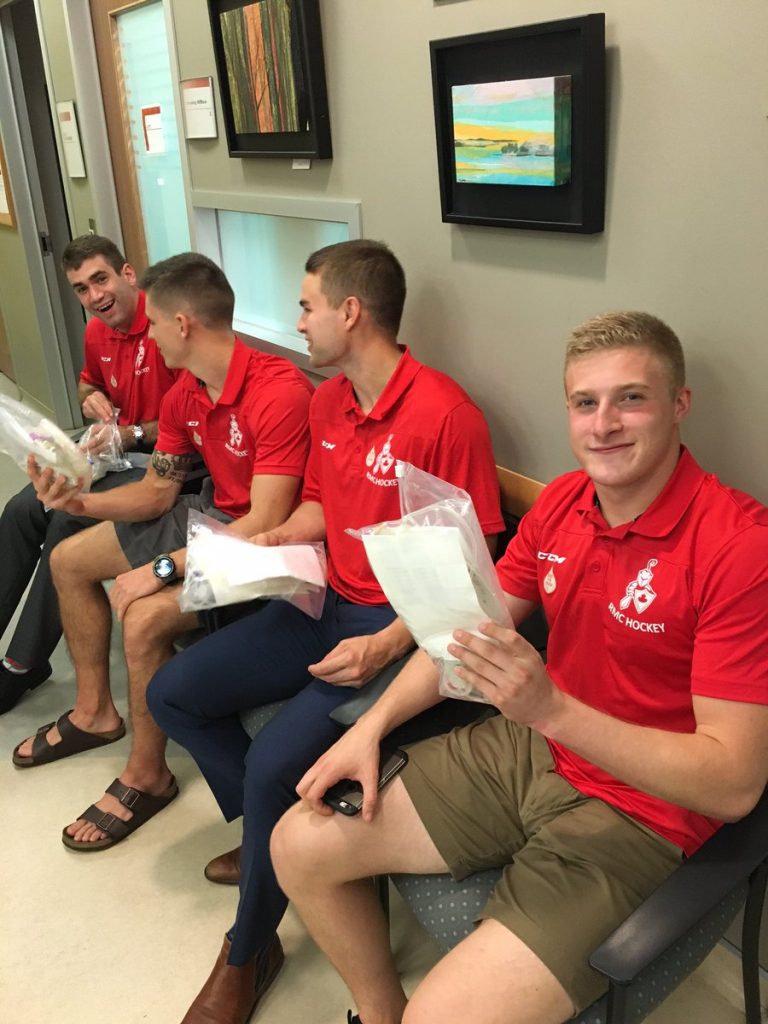 RMC did their part earlier this season, booking their appointments via www.blood.ca and donating blood to help save lives. Friday night marked the fourth consecutive year that the Paladins have partnered with Hockey Gives Blood to help raise awareness and encourage others to donate blood. Beyond this partnership, RMC has another tie to the Hockey Gives Blood group, as former captain of the Paladins hockey team Luke Pierce is among the people who run the organization.

Over the Remembrance day weekend, the RMC Judo club travelled to the Toronto Pan Am Centre to compete at the most elite tournament in the Province: the Ontario Open.

RMC brought a total of 15 competitors, with eight finishing on the podium.

A gold medal was awarded to OCdt Y. Jo in the light-heavy weight senior novice category.

Silver medals were awarded to OCdt H. Baik in the women’s -57kg, OCdt J. Weir in light-heavy, and OCdt C. Hyun in middle-weight.

A bronze medal was shared by OCdt W. Hoskins and OCdt R. Holtby in light-heavy weight; bronze medals were also won by OCdt J. Lee in middle-weight and OCdt P. Dohm in light-weight.

Much like the Quebec Open the previous weekend, many international-level athletes were in the competition, including members of Team Canada, USA, Republic of South Africa, Haiti, Brazil, and Morocco. Although the RMC Judo team had been granted to be duty away for the Remembrance Day parade, the 18 cadets that travelled to Toronto took part in the moment of silence as not only members of the Canadian Armed Forces, but as Canadians. The team stopped by a Cenotaph in the City of Ajax in order to drop off their poppies and show respect to the fallen troops. The RMC Judo team would like to thank the RMC Foundation, the Class of ’62 Endowment, and the Training Wing for making this experience possible.

Dr. B Asks, "What are you reading?" / Dr. B recipient of major award