(March 3, 2020) – David Howes has been named the Interim Executive Director of the Canadian Fencing Federation (CFF) until at least the end of September, a time period that includes the upcoming 2020 Olympics in Tokyo.

“I am excited to be the face of [Canadian] fencing during an Olympic year,” Howes said. “I’ll feel very proud to watch our athletes as they represent Canada in Tokyo.”

Howes, the assistant coach of the Paladins varsity fencing team, brings over 10 years of  experience at National Sport Organizations to the interim role. Between the Canadian Yachting Association and his previous roles at the CFF, including his time as the women’s epee National Team Coach during the 2016 Olympics in Rio de Janeiro, Howes has a proven track record that combines sport administration and working directly with national team athletes.

Despite only being on the job for a few days, Howes understands the challenges ahead.

“We already have two teams qualified for Tokyo with one more team to potentially also qualify, plus at least two individuals,” he said. “This will be the largest group of athletes from our sport to represent Canada at the Olympics in many years, and we have to find the means to ensure that they are well prepared for the Games.”

A release from the CFF Board of Directors announced the Wolfe Island resident’s new role at the end of February. 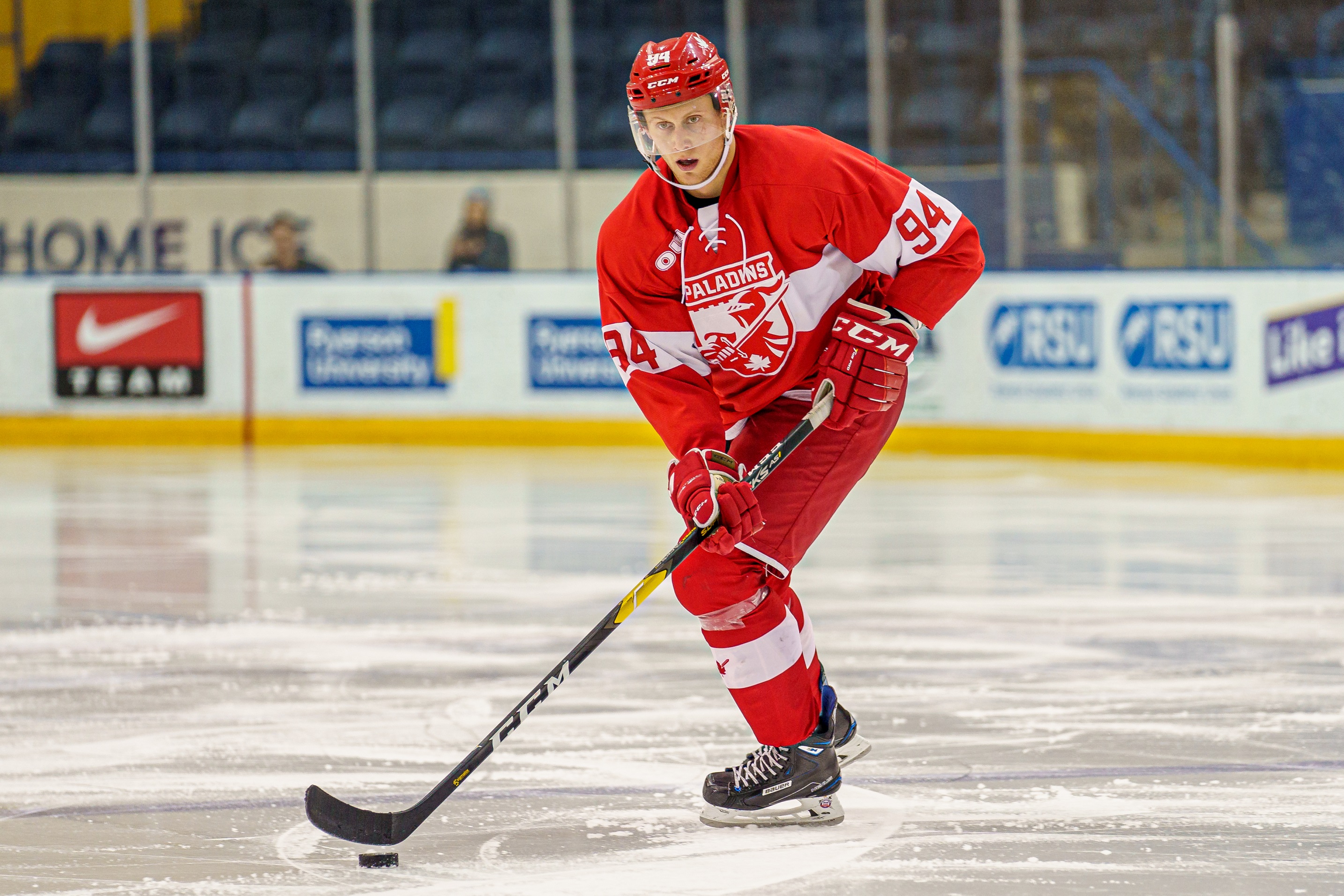 Kingston, Ont. (March 5, 2020) – Kingston’s own Christopher Paquette dominated the OUA men’s hockey awards, which were announced Thursday afternoon. Paquette was named the OUA East MVP, Rookie of the Year, a division First Team All-Star, and a member of the East All-Rookie Team.

After a successful OHL career, Paquette decided to play his university hockey in his hometown of Kingston, Ont. with the Paladins, and the team’s first ever NHL draft pick made his mark early and often.

“To bring in a recruit of Chris’ pedigree is huge for our program,” RMC head coach Richard Lim said. “It’s pretty good that three years apart we’ve managed to get two rookies of the year with Riley Brandt [in 2018] and now Chris. They both were impact players the moment they hit the ice. Similar to Riley, every time Chris was on the ice, he made something happen.”

The all-star recorded his first point in the Paladins opening game of the season and went on to notch over a point per game for red nation during his freshman campaign, registering 32 in his 28 games played. Paquette, who is following in his father’s footsteps after he too went to RMC and continues to serve in the Canadian Armed Forces, led the team in scoring with 15 goals (6th in OUA) and notched a team-high 17 helpers, which put him just outside the OUA’s top-20. The rookie had no trouble adjusting to the university game and was a consistent contributor to RMC’s milestone year on the ice. With the first-year forward leading the offence, the Paladins made the playoffs for the first time since 2006, beat their American rivals from West Point for the first time since 2002, and recorded more goals (81) in a season than they have in decades.

“I’m really happy for him, and he deserves every bit of recognition that he gets,” Lim said. “He was a major part in us having a breakthrough year. Without him, we’re still a good program, but he definitely took us to that next level.”

"What are you going to do with it?" - Winners of the ARCH Contest for February 2020