During the weeks of 14–27 October, the Paladins competed in numerous varsity and club competitions.

The Canadian Armed Forces competed at the Military World Games in China. Catch up with the results and photos from the Games on CAFConnection: www.cafconnection.ca/mwgchina

The delegation from RMC included athletes:

Many RMC alumni also competed at the Games for Canada.

RMC hosted Fleet Racing Nationals over the weekend, finishing 3rd at the regatta, and clinching 3rd overall in the final CICSA rankings for the end of the season. This is the team’s best ever finish, topping last year’s 4th (our previous best finish).

“I couldn’t be happier with the teams performance,” coach Fraser Smith said. “Both our A Fleet Skipper Sam Lowery and B Fleet Skipper Iain Myatt were consistently in the top 5 mix in every race.”

The weekend before, the Sailing Club also competed in Team Racing Nationals, the USNA Keelboat Invitational, and the McMillan Cup (also at USNA).

The RMC crew finished the fall season with another strong performance at the Head of the Fish rowing regatta in Saratoga, NY. (See below for more.) 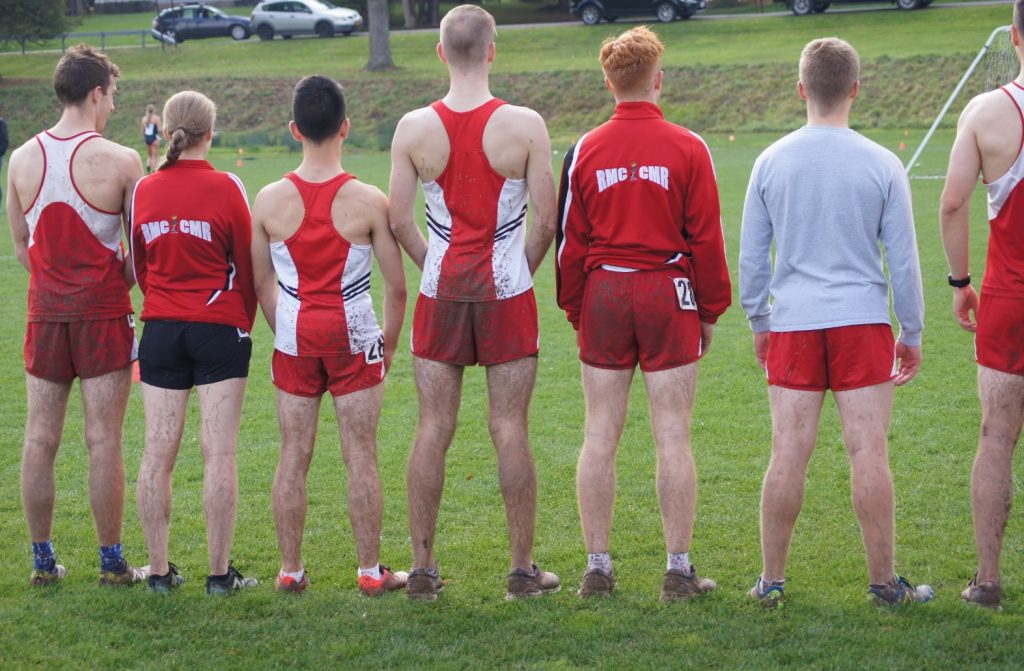 Saturday, October 26 saw 12 members of the RMC Running Team competing at the Short Course Races Tune Up Meet hosted by Hamilton College in Clinton, New York.  The day ended up sunny with relatively warm temperatures between 12 – 15 C – however the Hamilton course was wet in several areas (a common occurrence at this course).  One of the purposes of the Meet is to provide a speed workout opportunity for those athletes who might be moving in to a Conference Championship Meet as their next competition.  The races were indeed quick and in spite of the wet areas on the course, the RMC athletes seemed to enjoy what seemed to be their best races of the year.  Six of our 12 athletes had competed in one of these Hamilton College races in a previous year – and all 6 finished this year’s race with a new Personal Best result.

The attached photos show Kyle Wyonch about 200 meters out from the finish line on his way to a 13th place finish in the Men’s 5K race. 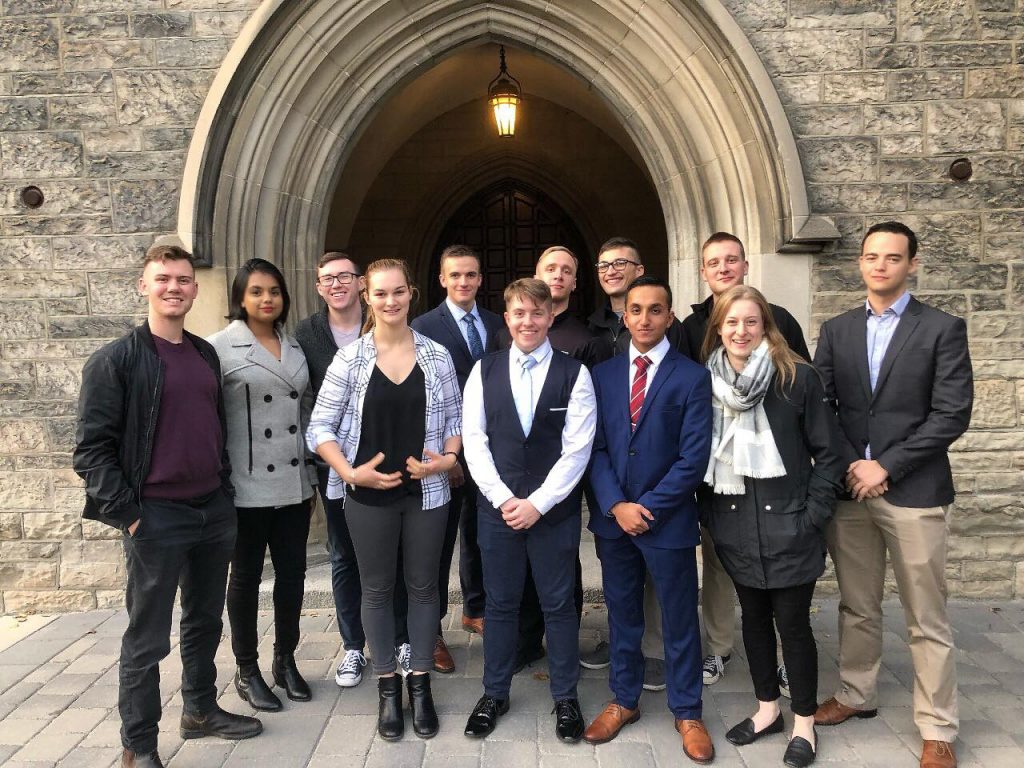 The weekend of October 18-20, RMC DIAS (the Debate and International Affairs Society competitive club) attended the Hart House annual inter-varsity British Parliament (BP) debate conference held at University of Toronto, St.George campus in core downtown Toronto. Five teams consisting of a partner pair, plus two adjudicating judges from the club represented RMC at the conference. 32 other institutions were present at UofT during the weekend. Universities from British Columbia, Alberta, Ontario and Quebec, and even 12 American universities, including some from Ivy League colleges, sent small contingents to compete at one of the most widely recognized and important Canadian BP debate conferences.

The five partner teams competed against various civilian institutions teams on motions ranging from youth sports, current financial crisis in North America, freedom of speech and employment, foreign aid, and indigenous rights. At every debate round, the RMC teams prepared their speeches and points in the 15 minutes of given prep time, and then all persons proudly representing DIAS spoke on their topic – whether for or against the motion in place – and put all they had in persuading the room that their side of the argument was the most valid. Each round, all RMC participants fared decently well and were commended by their chairs and judge panels for well-formulated speeches and thoughtful argumentative points. For one of the motions, four of the DIAS teams were placed to face each other in the same debate. As predicted, many interesting perspectives only an RMC cadet would grasp were brought forward, and a delightfully fun round was held between the competitors – one that the adjudicators were quite entertained by and they lauded the creativity of all speaking.

Even though after the opening five rounds of the conference RMC DIAS may not have made the break for the finals, all competitors were content with how the weekend had fared and took their time debating at Hart House as a great learning experience. 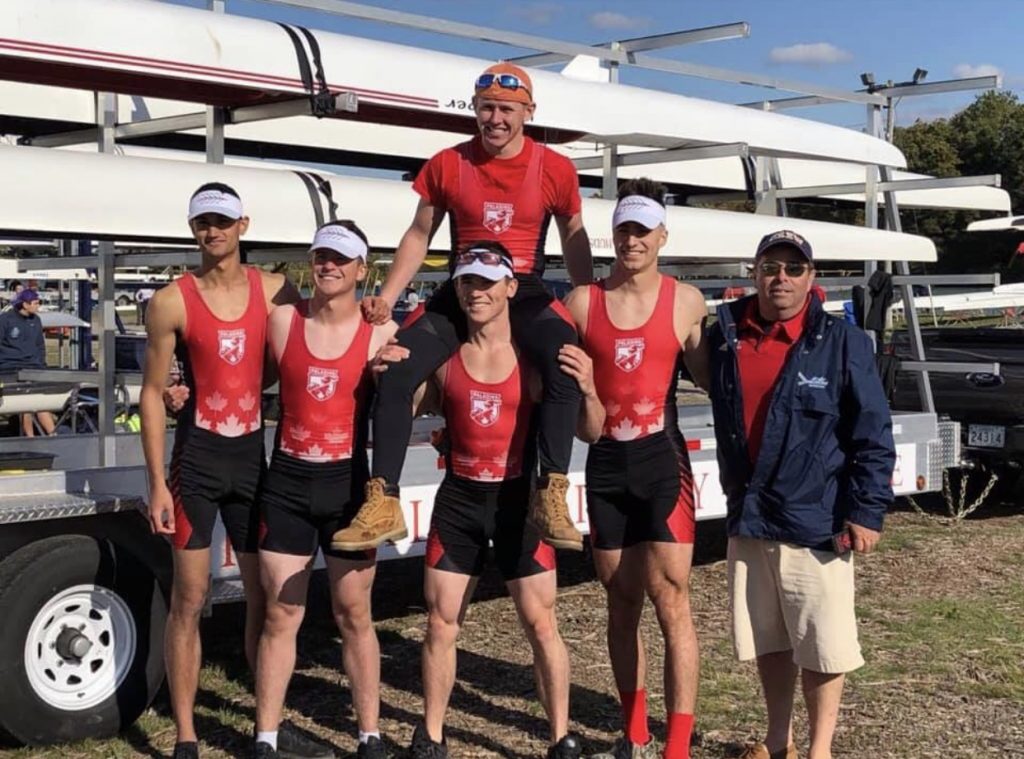 (12 Oct 2019) The men of the Royal Military College of Canada’s rowing crew recently competed for the third time this season at the Brock Invitational Rowing Regatta. This exciting event took place on the 12th of October in St. Catharine’s, Ontario at the site of the Royal Canadian Henley Regatta. The team maintained their momentum from previous regattas with boats in the Men’s Four, Men’s Varsity Eight, and Men’s Novice Four division’s two-kilometer races.

After donning their new RMCC Paladins unisuits, the crew hit the water early in the morning to compete in the Men’s Four division. The two varsity boats and one novice boat from RMCC placed 10th, 13th, and 15th out of the division of 16 with times of 6:55.98, 7:23.4, and 7:42.78 respectively. Notably, one of the RMCC varsity boats placed 2nd within their heat.

A few hours after the Men’s Four race, RMCC’s varsity crew returned to the water for their race in the Men’s Varsity Eight division. Pulling with admirable determination, the team performed well, achieving a time of 6:39.2.

Prepared from the first race of the day, the novice crew followed not long after the varsity men to row their race in the Men’s Novice Four division. Straight from the warmup, the men had a good feeling about the race, filled with energy. This feeling held strong, with the men taking 1st place in the race with a time of 7:33.5; an improvement of almost ten seconds from their morning race.

Congratulations to all that participated for the strong effort and proud representation of RMCC within the rowing community. Best of luck at the next regatta, taking place on the 26th of October in Saratoga, New York. 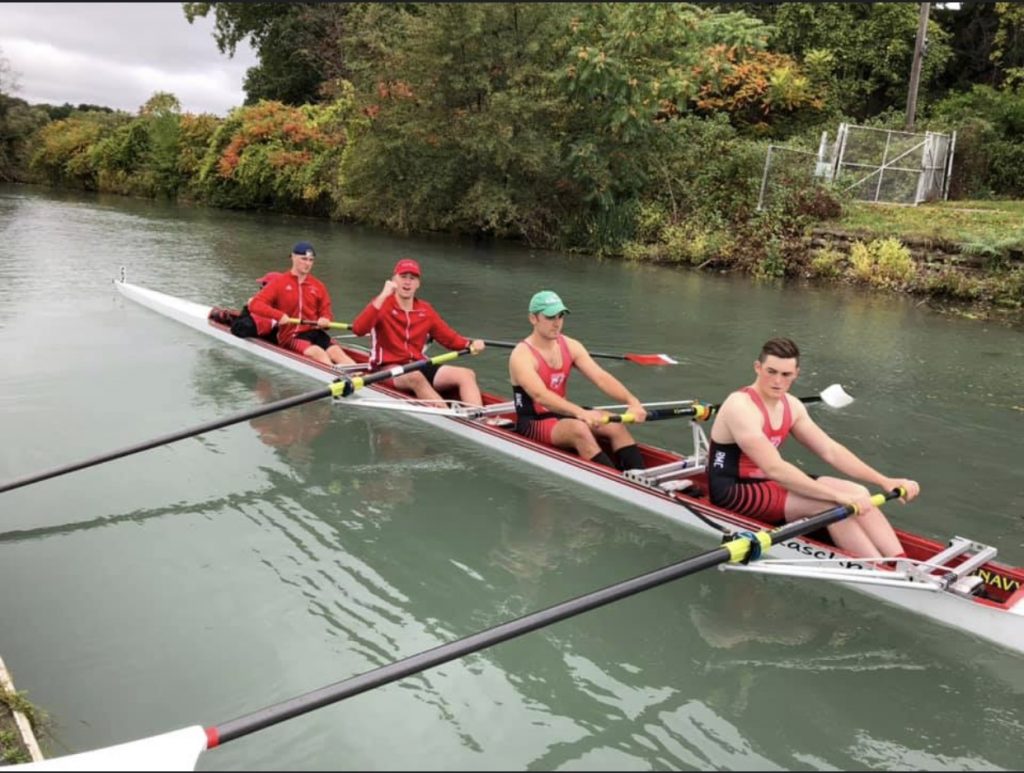 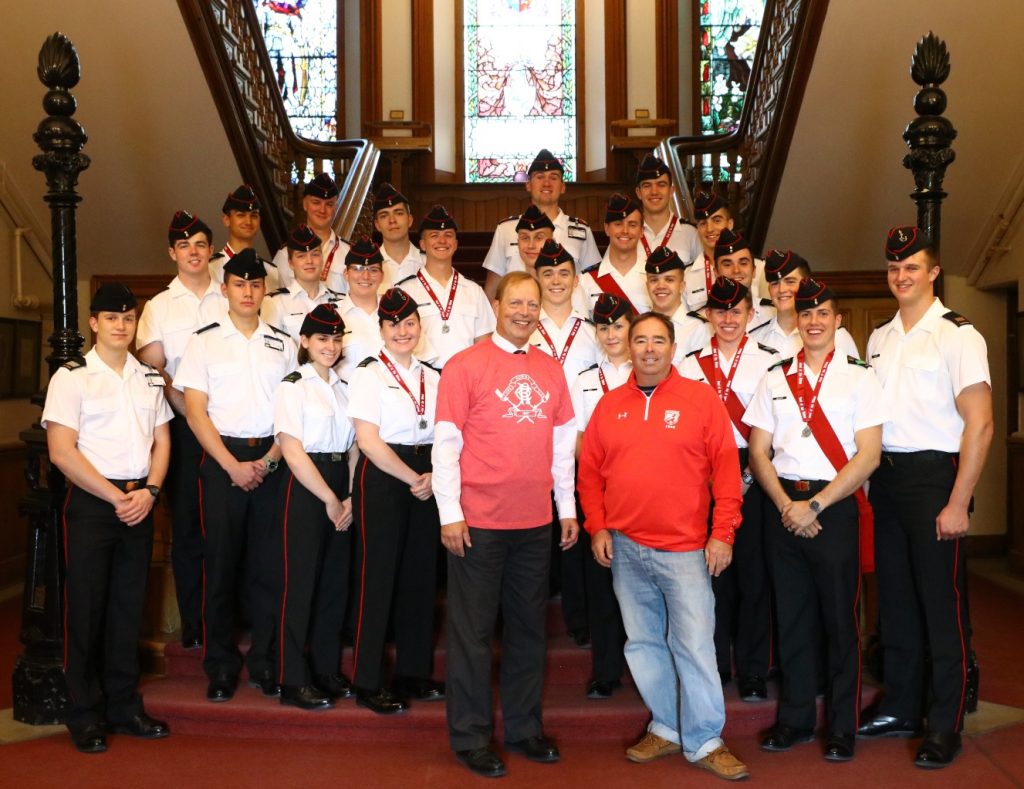 (24 Oct 2019) This past Friday the RMC Crew had a medal ceremony in Mackenzie Hall. With the whole Crew present, the Mixed 8, made up of men and women, received their gold medals for the Head of the Rideau Regatta. At the same time, the men’s varsity double, made up of OCdts Daniel Walcott and Liam Vickers, received their gold medal for their corresponding race at the Rideau. The medals were presented by Ottawa Rowing Club Representative and RMC grad 12239 Mr. Lutz Sukstorf (RMC 1979) who shared some anecdotes about rowing and made fun of a couple of the Crew for being “short enough to be the Cox”. This represented three years of hard work and dedication for the men’s double, who will be racing an emotional and, needless to say, fast final race this Saturday. The Mixed 8 is made up of rowers who are completely new to the sport, and with the help of veteran Coxswain Adam Blok, these rowers were able to make a fine impression in their first regatta. As the vast majority of this Crew are first and second years, the future is bright! Catch the RMC Crew at the Head of the Fish Regatta in Saratoga, New York this weekend.