Carr-Harris tickets can ONLY be purchased at the Leon’s Centre Box Office. For more information, follow the link here: 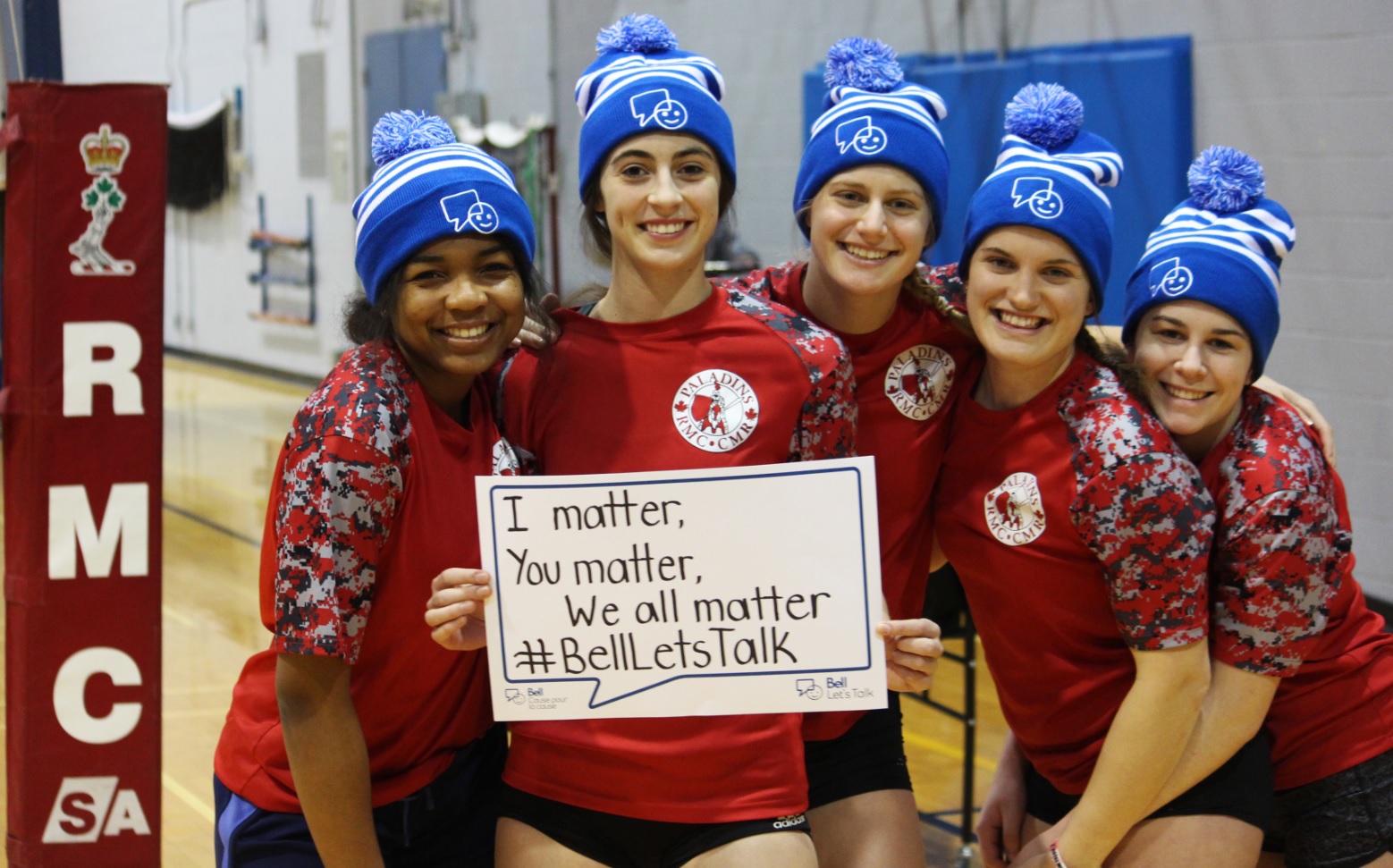 On Wednesday, 30 January the varsity teams at RMC promoted the importance of speaking out about mental health issues as part of Bell Let’s Talk Day.

The Paladins joined the conversation because mental illness affects Canadians of all ages and from all walks of life. Promoting mental health on campus and in the CAF is an important message that RMC athletes are proud to help spread.

The Bell Let’s Talk initiative encourages people to ask for help when they need it and to help support each other – a message that should be repeated every day of the year.

People in the RMC community can access mental health resources at extension 5776 or online: 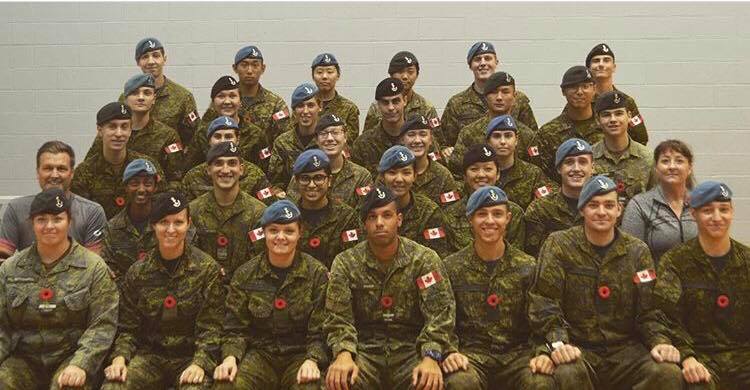 Varsity Fencing Confident Before “Competition of the Year”

This upcoming weekend (February 9th – 10th), the RMC Varsity Fencing Team will be travelling to the University of Toronto for the OUA (Ontario University Athletics) Fencing Tournament. They’ll be playing against universities from all over the province who have put forward official varsity fencing teams.

This competition is seen as the “competition of the year”; if (and when) the RMC team wins, they’ll take home the OUA Fencing Banner and proudly become the best fencers the province has to offer.

In terms of preparedness, it would be an understatement to say that the team is feeling confident and ready to take on the challenge that lies ahead. This is something that they’ve been practicing for since the beginning of the year and, over the course of the season, the team’s three weapon categories have been performing exceptionally well.

At the Carleton Invitational Competition, RMC’s Sabre Team managed to get first place out of all the teams that took part. And it’s that energy that the rest of the team is going into this weekend’s competition with.

I had the privilege of speaking with one of the team’s members, 28549 OCdt Timothy Ro, about the upcoming tournament and how he was feeling.

His message was clear: the team has this competition in the bag.

“We are feeling extremely confident as all three of our weapon categories have been doing very well in previous tournaments … I’m looking forward to the great display of skill that every school (especially RMC) will bring to this competition.”

When asked about how the rest of the year has been, he only elaborated on the fact that the team is in very good standing and he’s more than happy to have been given the opportunity to play with the team.

“The rest of the year has been amazing with many experiences to train both beginner fencers and experienced fencers alike… We’ve had training camps by coaches from UoT (University of Toronto), as well as the privilege to train with the West Point fencers when they came to RMC during the RMC Invitational”.

The conversation wasn’t finished without a quick thank you to the coach of the team, Patricia Howes, who had put in so much effort over the last few months.

“Our coach has put in a lot of time and effort into growing us individually, as well as a team. We’ve had the chance to work together one-on-one during private sessions to ensure we’re not only understanding the sport, but ensuring that we’re prepared for competitions like the one coming up. It’s been an experience and a level of commitment that you wouldn’t be able to find anywhere else.”

And, when the conversation was done, OCdt Ro finished with one last sentence that summed it all up.

“The experiences I’ve had in the last few months have helped me realize that I’ve made the right decision by choosing fencing over any other sport or activity… Overall, it’s been a great year.”

Eleven athletes from the RMC Running Team competed at the York Invitational Meet on Saturday, February 2. The Meet included University Team athletes from RMC, York, Ryerson, Toronto, McMaster, Brock, Laurentian, Waterloo, Wilfrid Laurier, Western, Windsor plus representatives from several Track Clubs in the Oshawa-Toronto area. The RMC results included a couple of Personal Best Results [Felix Sim in the 600 and Elyse Charrier in the 1000] along with a couple of other athletes having seasonal best results – with others running times very close to their previous Meet (with the races on York’s 200 Meter Track probably being a more difficult site compared to the 400 Meter Track at our previous Meet in Ottawa. Finish places may not seem high, but some very strong race efforts led to very good personal results throughout the day.