Darren Cates, Director of Athletics, has been trying for years to acquire a professional full-time Sports Information & Promotions Coordinator.

He could hardly contain his feelings.

“We are very excited to have our first ever SI&PC in the Athletic Department. Other university athletic departments have at least one person in promotions and communications and this is long overdue for RMC.”

To put it mildly, Peter Reimer is thrilled to be joining the Athletics Department at RMC as the first SI&PC—a role that was created through the Special Staff Assistance Visit recommendations. While Peter relocated from his hometown of Fredericton, New Brunswick, to take the new role, Kingston is familiar to the graduate of Queen’s University.

While studying English as a Chancellor’s Scholar at Queen’s, Peter wrote for the sports section of Queen’s Journal (the school newspaper), earning a contributor of the year award in 2013. Before graduating in 2014, Peter started working for the Queen’s Athletics Department in the Marketing, Communications, and Events Unit, which opened the door for multiple full-time contracts working with the Sports Information Officer.

After working for Queen’s for three years off and on (with various contracts in between), Peter found a job as the Social Media / Website Manager with an auto group in New Brunswick, and stayed there for a year before returning to the world of sports and joining the team at RMC.

Peter enjoys watching sports as much as he loves playing them. A former Canada Games soccer player, Peter was also recruited to Queen’s to play football, before prioritizing his academic career over varsity athletics. In addition to soccer and football, Peter plays, or has played, volleyball, basketball, and field hockey.

Coming to RMC with a fresh perspective of the Paladins program, Peter is excited to build the department’s presence on social media, namely Instagram, Facebook, and Twitter, as well as increase the amount of content, both written and multi-media, produced about RMC Athletics. In the long-term, a couple projects have already intrigued Peter: strengthening the Paladins brand with policy surrounding our logos, fonts, and colour schemes; and expanding the archival information available on RMC’s storied athletics programs. With so many years of history, there are inevitably countless untold or forgotten accomplishments that deserve to be brought back to light. With RMC’s past in mind, Peter was happy to learn of the recent creation of the Athletics Wall of Distinction, which will be inducting new members this spring.

We gave the very happy, Director of Athletics, the final word.

“Peter brings an exceptional skill base and youthful energy to the college. He has extensive communications experience, knows athletics and Kingston and will we look forward to seeing what he will do! I can assure you, you will see more RMC athletics on social media now that Peter is on board!” 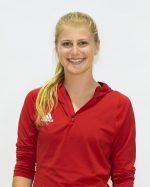 Thanks to a record-setting weekend, RMC’s Kara Stephan is the OUA Female Athlete of the Week.

After an impressive start to 2018, Stephan is now leading the OUA in kills, points, and service aces. After a combined 37 kills last weekend, the native of Barrie, Ont. burst into the triple digits, now sitting atop the league with 130 kills on the season. Additionally, with five and three aces, respectively, in RMC’s games against Nipissing and York, Stephan increased her lead in the OUA service aces category as well, bringing her season total to an even 30.

The third-year student athlete set new career highs in kills and points in the Paladins Saturday game against Nipissing, with 26 and 33.5 respectively. The 26 kills also set a new school record for most kills in a match in RMC women’s volleyball. Stephan’s 13 digs in the match were also a game-high, as were her 11 kills against York. 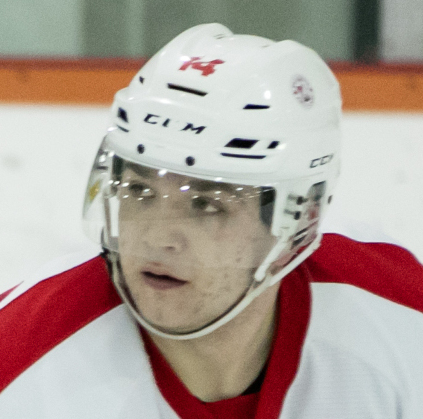 The play-off hill just got steeper for the hockey Paladins as a result of the 20 games forfeits by the UQTR team. (Details Here)

The problem for the Paladins is they were not on the receiving end of the forfeits because during the period in question RMC had won their three face to face meetings.

The big ‘winners’ are Nipissing and Laurentian both being credited with two more wins each. Nipissing is now five points up on RMC for the final play-off spot – they play each other twice over the next two weeks in North Bay.

As a result of the forfeits UQTR have dropped from a strong second place to eighth – two points better than RMC.  Both teams have six games remaining on the schedule. 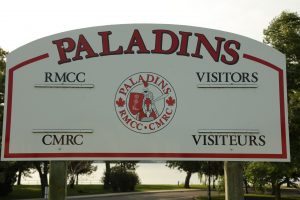