Keep your eyes on the RMC Athletics social media pages for updates from the Awards Banquets happening this week.

The Rec & IM department kicks off the celebration of this year’s achievements on Tuesday night at the Club Awards night, where the rec and competitive Volunteer of the Year awards will be presented to this year’s recipients. Updates will be available on Facebook, Instagram, and Twitter via the @RMCrecIM pages.

In conjunction with the Varsity Awards night, the 2019 Athletic Wall of Distinction inductees will be honoured. Read more on this year’s induction class here and here.

After facing tough competition in the Pool round on Day 1, the Paladins were relegated to the Challenge Trophy bracket on Day 2. RMC beat St. Thomas 38-0 to qualify for the final, were they faced the Trent Excalibur. The visitors from Peterborough got the better of RMC in the OUA rugby XVs regular season last fall, but the Paladins easily handled their competition on Saturday in the KMCSC Dome, earning a 24-7 victory to claim the ninth place prize. 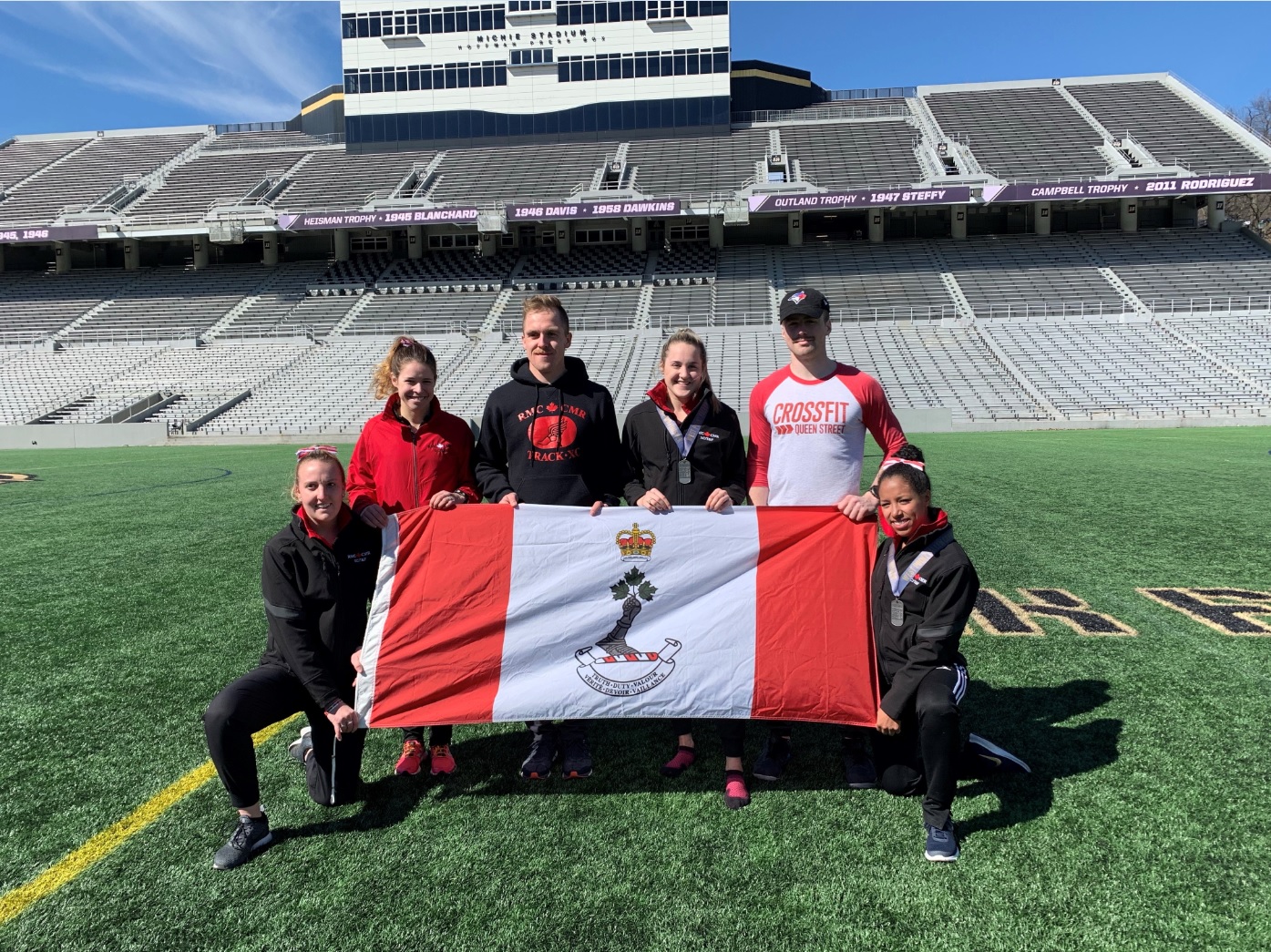 Five members of the RMC running team raced in the West Point Fallen Comrades Half-marathon on Sunday March 24, 2019. The race, also open to civilians, included racers running and rucking and was in honour of previous West Point graduates that have died in combat. A total of 664 athletes finished the race, which had representation from West Point, United States Naval Academy, Coast Guard Academy, and approximately 30 cadets from CMRSJ as well as RMC.

The cool temperature of 4C at the start made for ideal running conditions. The course was around the beautiful campus of West Point and included a pretty challenging elevation profile. Logan Roots took an early lead from the start of the race and remained unchallenged the whole race. Battling with injury over the past few weeks, Logan delivered an outstanding performance with a time of 1:13:19.

The women started the race together and settled into their own race paces as the race went on, all finishing in very respectable times.

Overall, a great race for all and a great opportunity to network with fellow West Point runners. A great practice for many of these runners as they will be looking for faster times at the Kingston Limestone half-marathon at the end of April on a much flatter course.

It’s that time of year again. Things are started to wind up at the College, and the Cadets will have more time in the evening to finish their remaining essays and projects now that the intramural playoffs have come to an end. Check out the list of the winter term champs below:

Congratulations to all the winners on their successful seasons! Participants from across the College made this season another exciting one, highlighting the Cadets’ physical fitness and competitiveness.