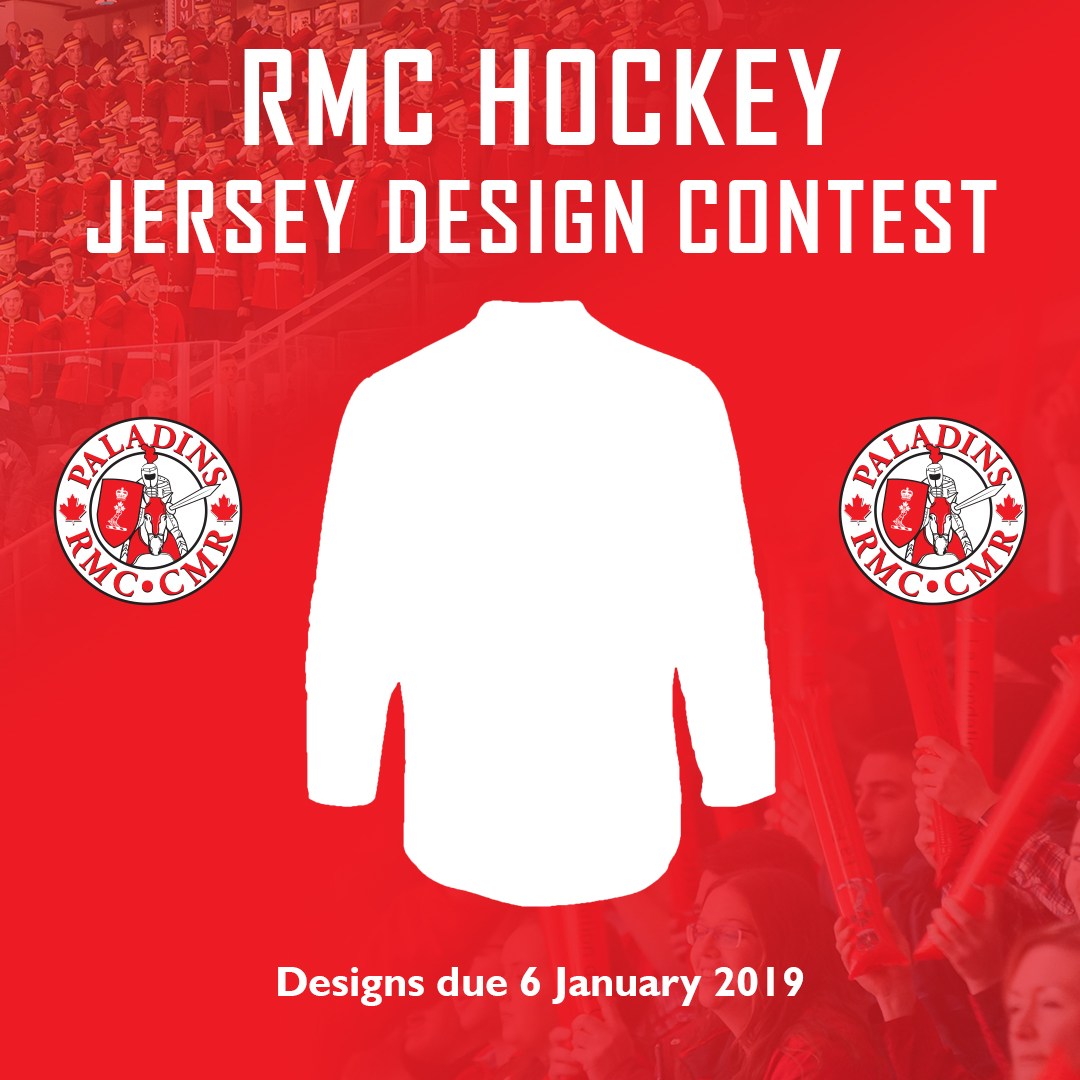 The Paladins are hosting a jersey design contest for the hockey team’s third jerseys, to be used as alternates for special events (e.g. Military Appreciation, Remembrance Day, West Point, Carr-Harris). After a winning design is chosen, the creator will be awarded one of the brand new jerseys.

The contest is open now and designs may be submitted until just before students return to class: the end of the day on Sunday, 6 January 2019.

Designs are welcome from all RMC students, staff, and ex-cadets, plus fans, friends, and family. You are welcome to submit more than one jersey design through the online form. 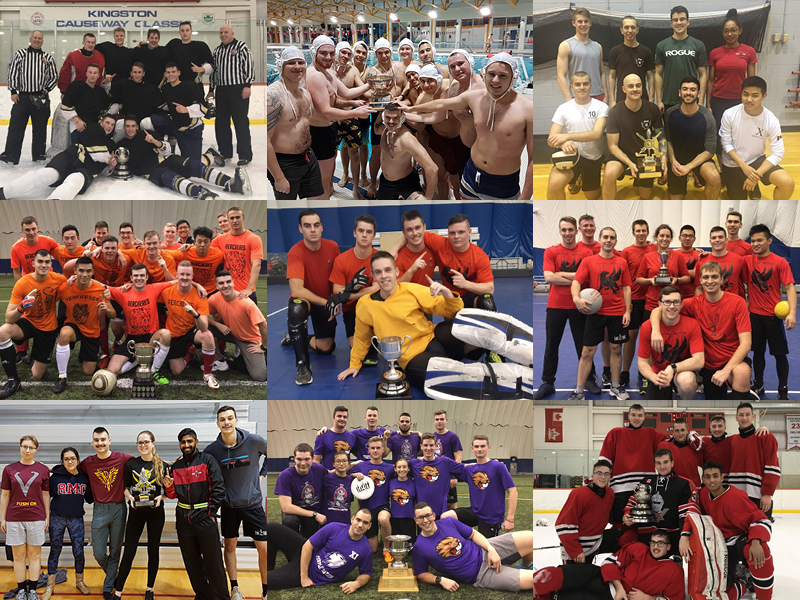 With the closure of the Anderson Field House for renovations, fall intramurals looked a little different at RMC this year; however, thorough planning from the Athletics Department, PSP, and the RMC Intramural Coordinator, Jori Ritchie, ensured another successful season of competition at the College.

The winners in the fall sports are:

A Tier Hockey: A Division

B Tier Hockey: B Division

B Tier Volleyball: B Division

Congratulations to all the winners on their successful seasons! Participants from across the College made this season another exciting one, highlighting the Cadets’ physical fitness and competitiveness.

Nicholas Hartmann and Nikolay Zalipyatskikh from Transition Flight were also instrumental in running the RMC IM program this fall. 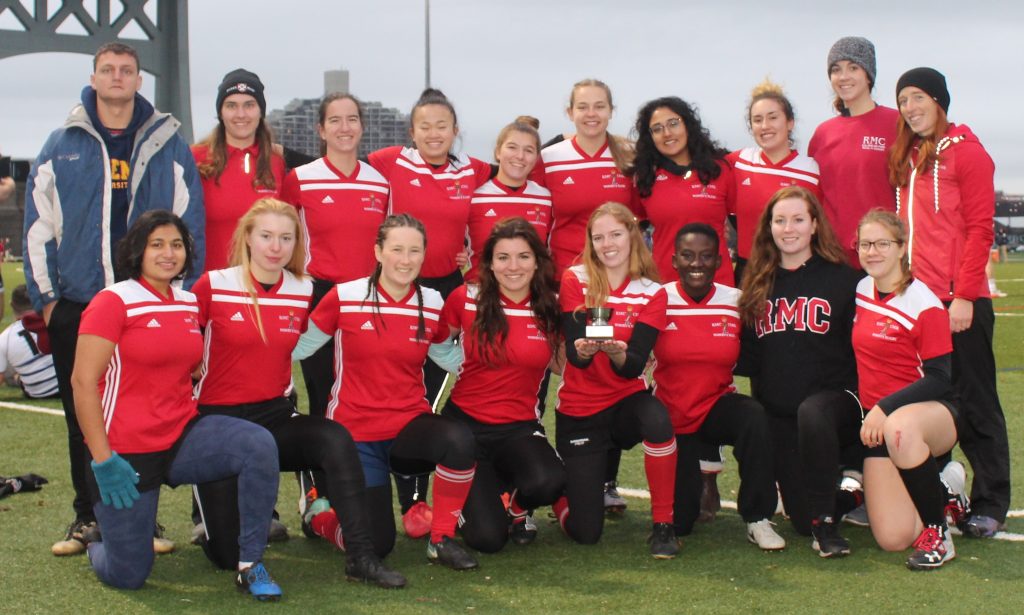 The women’s rugby club travelled to New York to compete in the annual New York Rugby 7s tournament. RMC lost competitive games to Seneca College and Stony Brook before ending the day with a 25-7 win against the Bishop’s Gaiters to complete Pool play. To earn the victory, the team stepped up the defensive pressure and showed strong teamwork and depth on offence, as players across the board set up and scored RMC’s tries.

After missing the Cup semi-finals by just one point, RMC earned a bye through the Bowl semi and ended the tournament as Women’s College Bowl Champions.

A group of ten debaters ventured to Carleton University, in Ottawa, to take part in the British Parliament Championships, a tournament that attracts debaters from schools across Ontario and a few from outside of the Province.

For several of the Cadets on the trip, it was their first time participating in a university debate tournament. While they had close to a semester’s worth of practice from our regular club meetings, going to an external event with debaters from other schools, many of them with years of experience, is a daunting challenge.

Nevertheless, the debaters represented RMC with the highest degree of professionalism and managed to hold their own in the competition. In terms of scores, this was perhaps the club’s best tournament.

Next week, exams will be starting at RMC and most civilian schools, marking the end of the first semester. As such, the Carleton Tournament is the last external event that the RMC debate team will compete in prior to the new year.

All of the members of the debate team would like to thank the RMC Foundation and the Class of ‘62 for funding this event and for their continued support throughout the year. 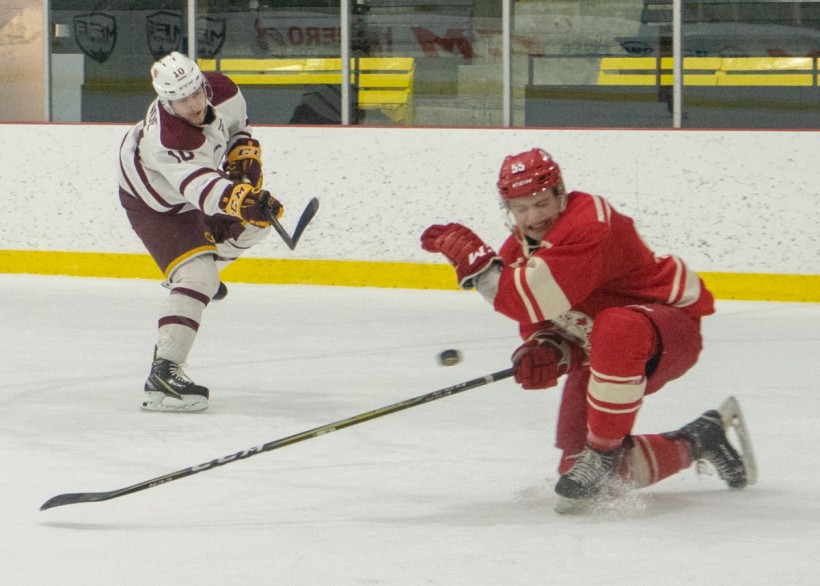 The hockey team wrapped-up the first half of their season with two great efforts in Montreal over the weekend. They lost 4-3 to Concordia on Friday and was on the short-end of a 2-0 score at McGill on Saturday.

The team is well positioned for a play-off run in the second half.

Coming up! Exam time and holidays before they resume action again in early January.