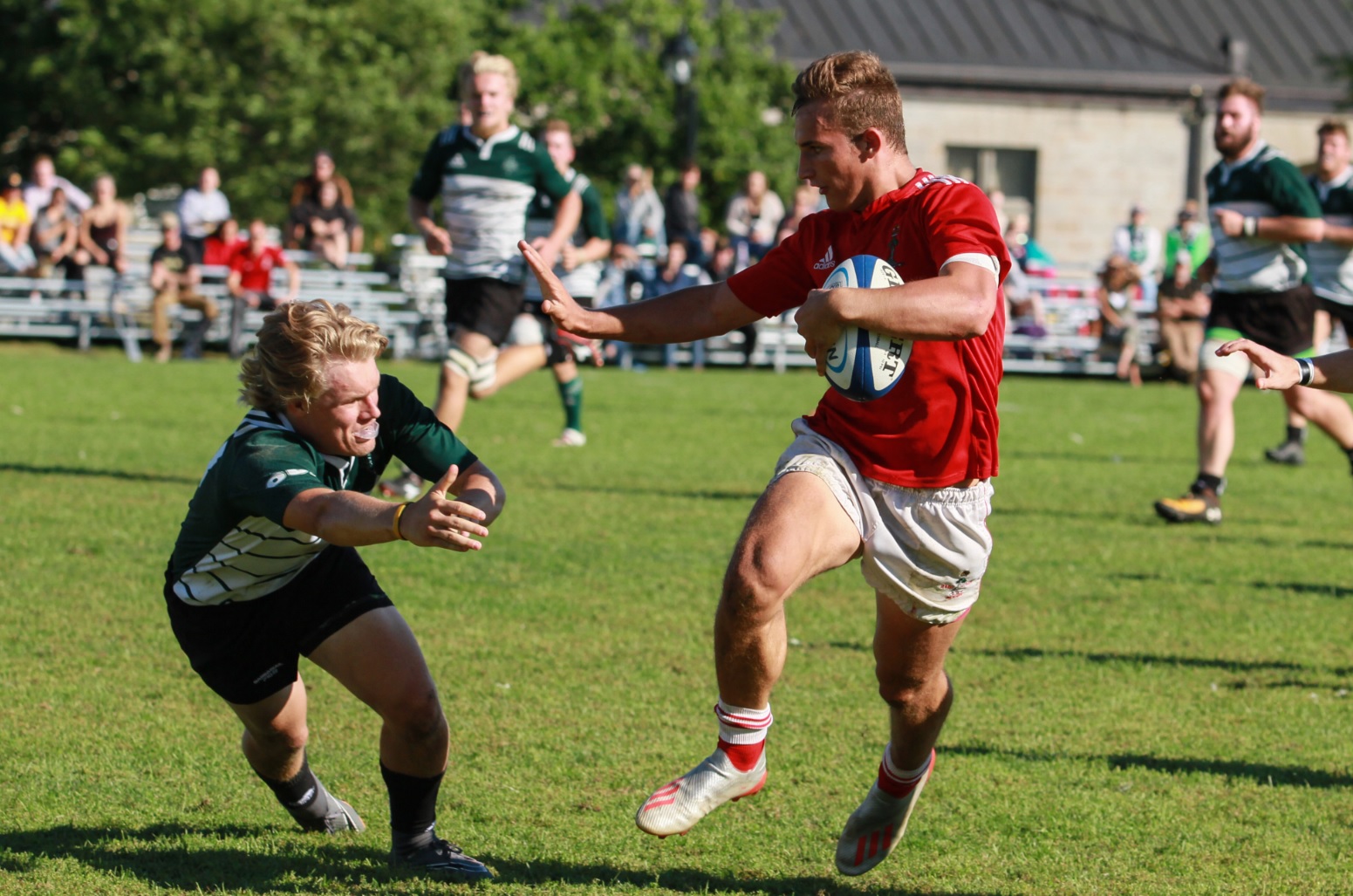 Kingston, Ont. (September 14, 2019) – The RMC Paladins earned their first victory of the OUA men’s rugby season on the College’s Reunion Weekend, defeating the Trent Excalibur 22-19 on Saturday afternoon in Kingston.

An OUA East All-Star last year as a rookie, Glenn Butler (Grimsby, Ont.) beat a handful of Trent would-be tacklers en route to a 50 metre run and score with five minutes left to put the Paladins ahead. On Trent’s next possession, Butler made a game-saving tackle on a streaking Excalibur to maintain the RMC lead.

The ball spent the final three minutes inside the Paladins five-metre line, but the RMC withstood Trent’s constant barrage long enough to seal the victory in front of a host of alumni, who returned for the military college’s version of homecoming.

With a 1-1 record after two weeks of league play, RMC is in a strong position on the OUA East, as only Queen’s has two wins on the year.

Will Hand, Brendan Scrivo, and Nathan Torrie were the other Paladins to score tries on the day, with Butler hitting one conversion to lead the team with seven points. 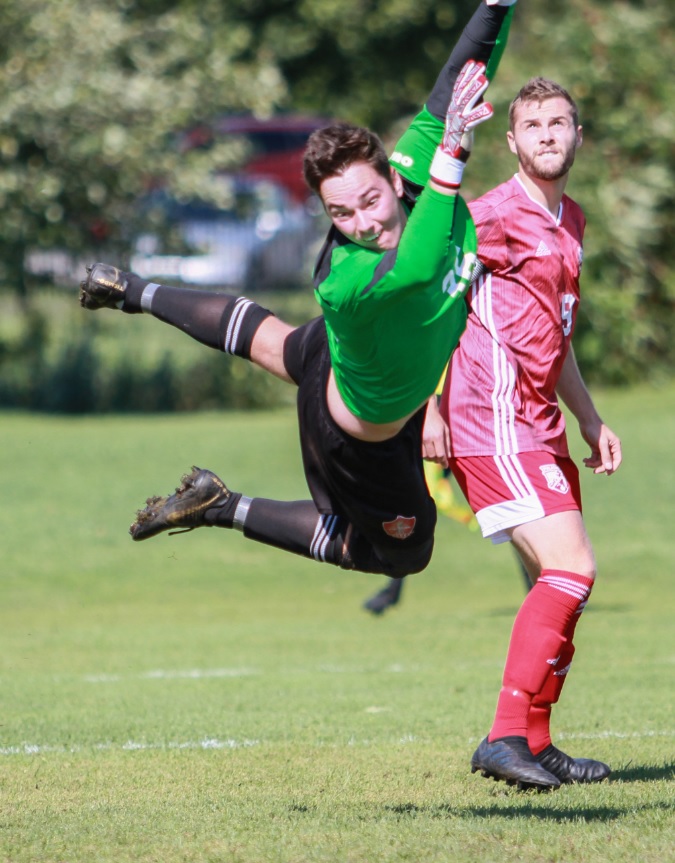 Above: Nicolas Varey makes a save. Photo credit Peter Reimer

Kingston, Ont. (September 14, 2019) – With their second tie in as many weeks, RMC continues to lead their cross-town rivals in the OUA standings, thanks to a standout performance from Nicolas Varey (Kingston, Ont.) on Saturday.

In his third year with the Paladins, Varey finally saw his first game action in the Paladins 0-0 draw against the Gaels. The Kingston local turned aside all seven shots he faced to earn his first OUA cleansheet in his first match at the university level.

With a point from the tie, the Paladins sit ahead of both Queen’s and Trent in the league standings. 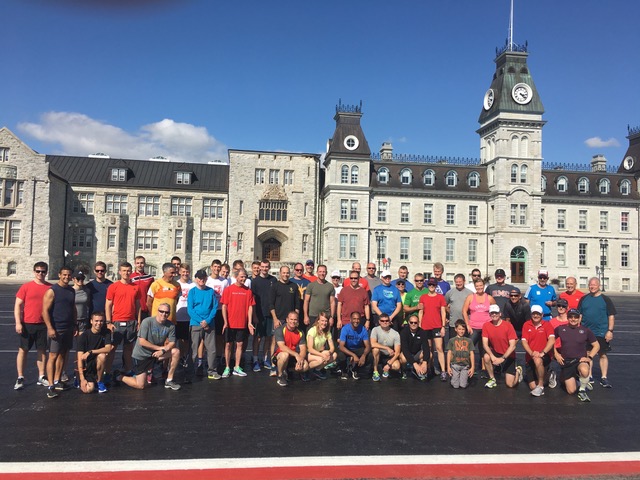 Above: The 2019 Fun Run Participants

The ninth annual RMC run around Fort Henry on Ex-Cadet Weekend was a success, as a record 47 runners completed the near-five-km course on Saturday afternoon.

It was a lovely sunny day, but everyone noticed the strong wind from the west on the return part of the run.

The first mention should go to the Old Brigade with two members from the class of ’69. The Ex-Cadet class of ’84 had the most runners out with eleven runners, followed by the classes of ’94 and ’89 with eight runners and six runners respectively.  Pretty good for a bunch of old ex-Cadets.

This year the post-run gathering was near a tent and a food truck on the edge of the sports field, where many of us had a cool drink and a chance to compare notes on RMC over the years. 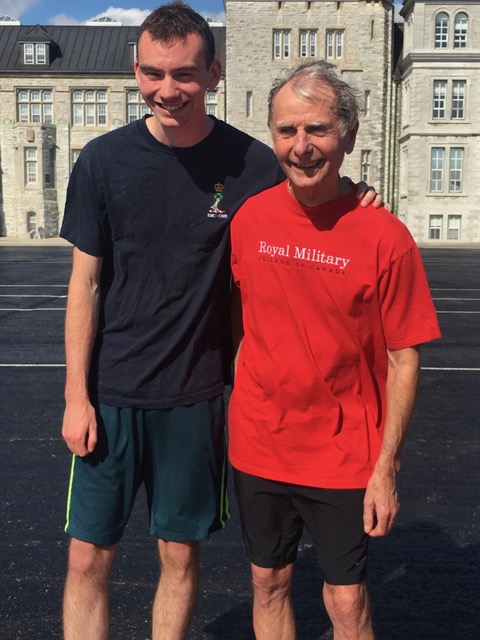 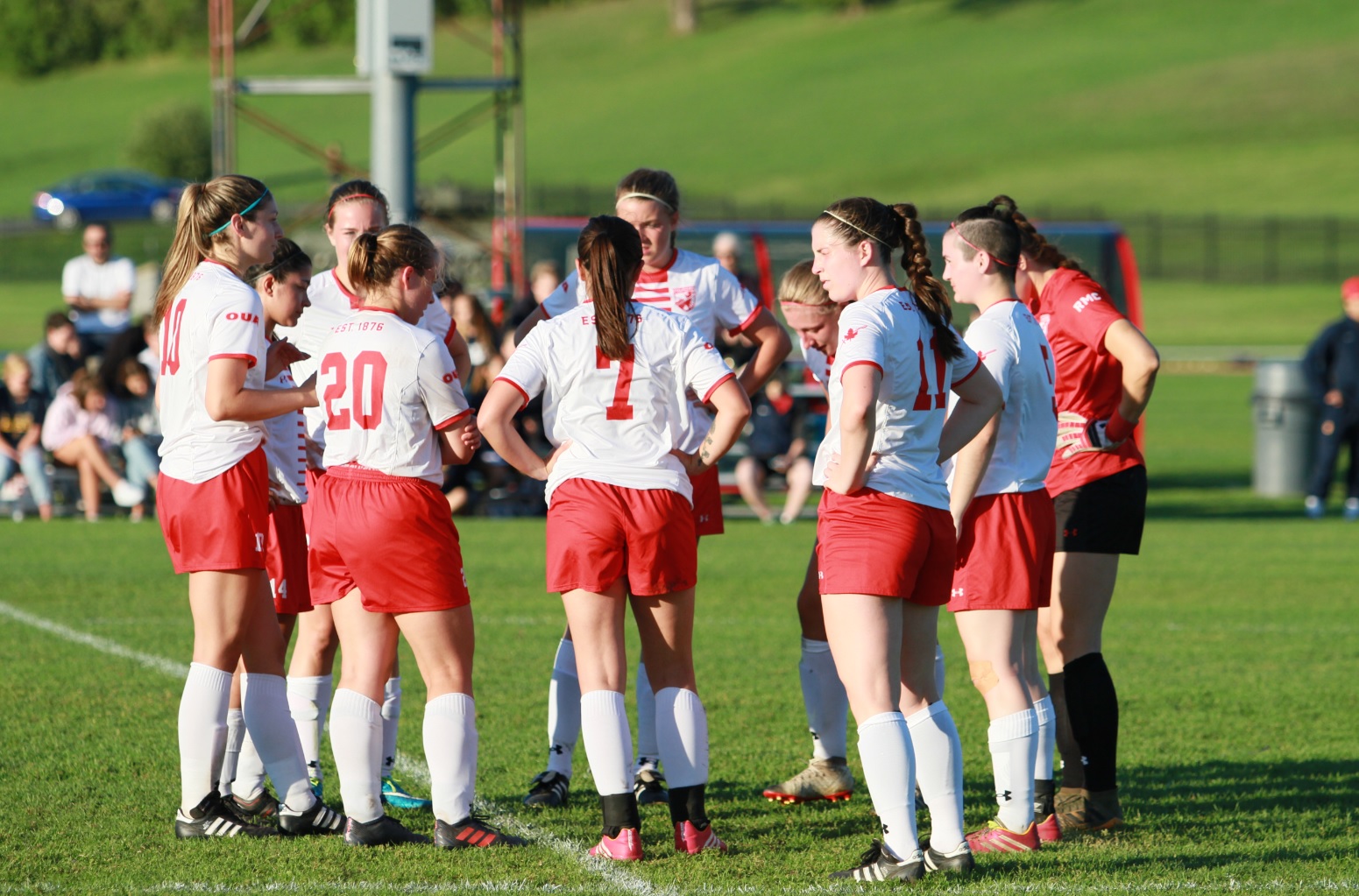 During the week of 9 – 15 September, the Paladins competed in one varsity rugby game, two varsity soccer games, one exhibition hockey game, and two competitive club events. On the Saturday of Reunion Weekend, there were also a number of Red and White games between alumni and current student-athletes.

The Paladins used impressive performances from two rookies to earn a 3-1 victory over Queen’s in the annual Lou Jeffries Memorial game, played in Gananoque.

Kingston local Christopher Paquette, fresh off a solid OHL career, found the back of the net twice for RMC in the win, while rookie goaltender Joey May had a shutout going through two periods of play, before finishing the game with over 40 saves.

The RMC Sailing club competed for the Shields Trophy at the US Naval Academy over the weekend.

RMC competed at the Saint Lawrence College Invitational Tournament on the weekend, winning all three of their games in the first competition of the year.