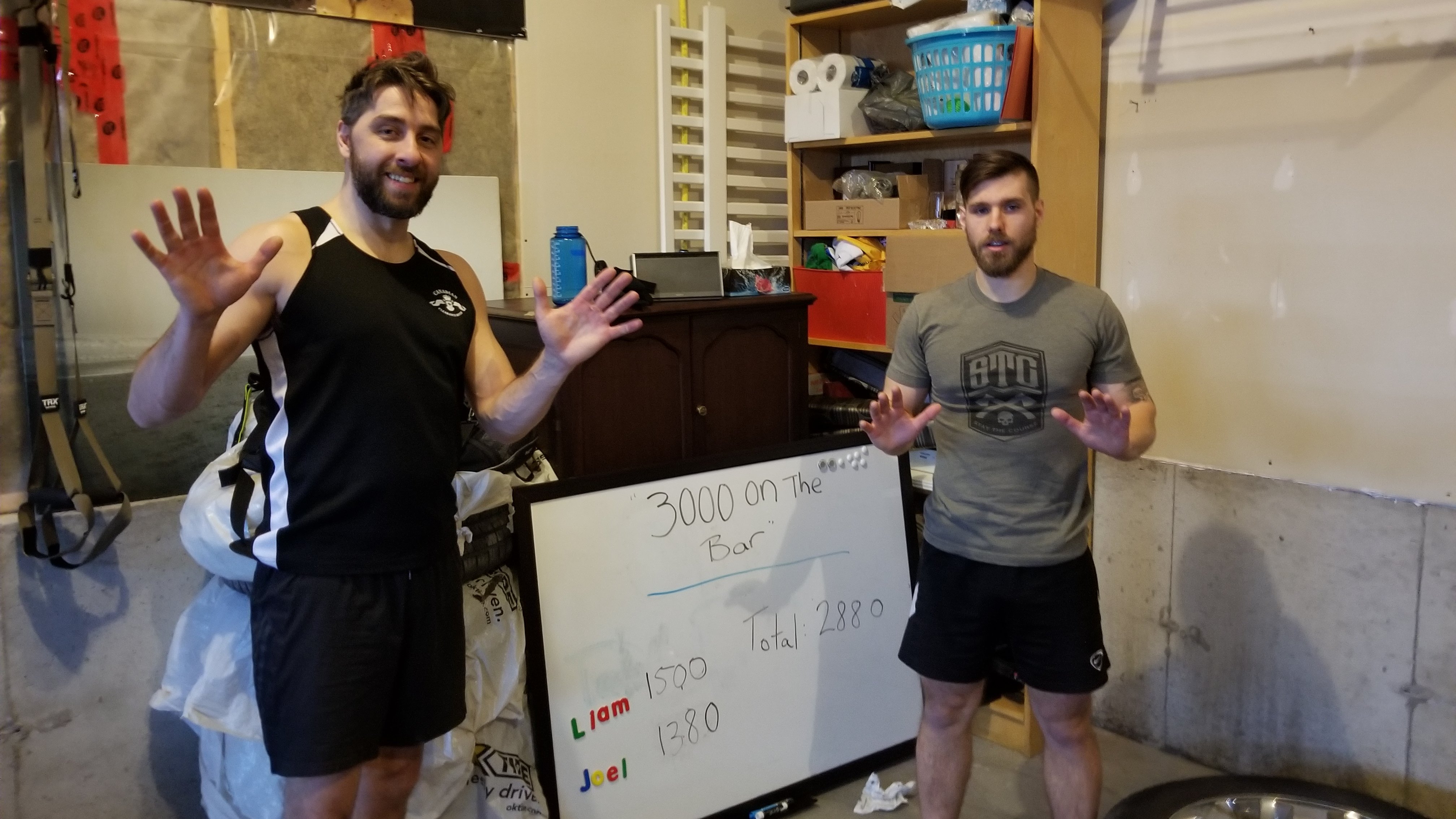 “I thought we could bring some hope and inspiration to our military team, which I think we accomplished,” Chambers said.

After starting their pull-ups at 8:00 AM on Wednesday from Charpentier’s garage in Kingston, the pair accomplished their goal in under 20 hours, putting their final pull-ups on the board at 3:50 AM on Thursday, with $5,081 raised.

While their 3,000 pull-ups temporarily put them in the spotlight, Chambers and Charpentier hope their feat helps raise awareness for Soldier On and the work they do with ill and injured veterans and members of the CAF.

“I know how important and how difficult it must be for members who are struggling to not feel alone in these solitary times,” Chambers said. “This is the backbone or our organization: we are never alone, and we never give up on each other.”

Their tremendous effort has definitely paid off, with hundreds of people having tuned in throughout the live-stream on Facebook. The pair easily exceeded their original goal of $3,000, as the final fundraising total surpassed the $5,000 mark in the late stages of the event.

Although the task was a battle, both mental and physical, Chambers said finishing the challenge was never in doubt.

“We always knew we could finish,” he said. “We had the grit to succeed, but it was hard. And there were dark times throughout, which were obvious on the live-stream, but nothing lasts forever, especially if you just continue to march forward.”

Chambers and Charpentier showed their perseverance into the early hours of Thursday morning, each completing their 3000 pull-ups. Despite sore hands, arms, and general exhaustion, the two cadets are certain another Soldier On challenge is somewhere on the horizon.

“Every dollar we raise is worth it,” Chambers said. “Every CAF member, retired or serving, who is struggling, mentally and physically, is worth it.”

A170 Tom Rozman: "To understand this life and these soldiers, an experience like this is a necessity."