During the weeks of 27 October–10 November, the Paladins competed in numerous varsity and club competitions. 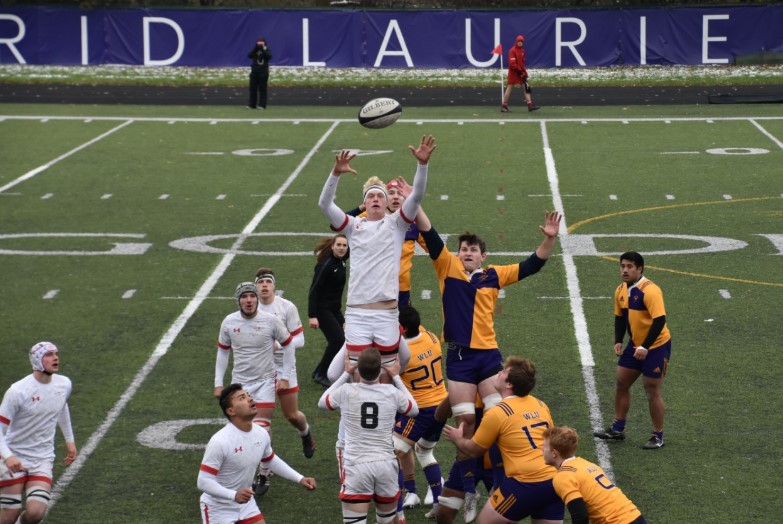 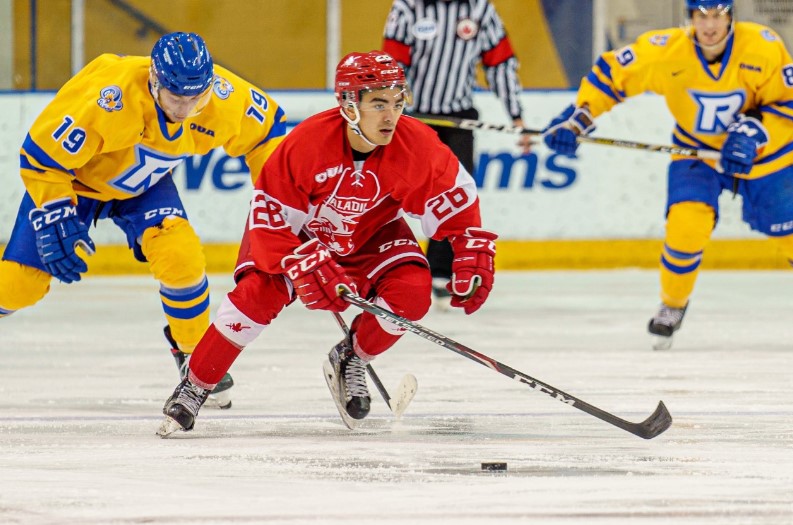 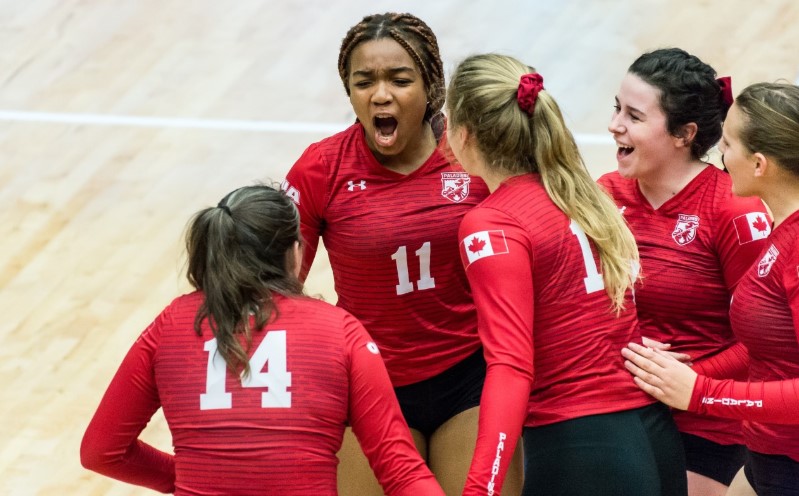 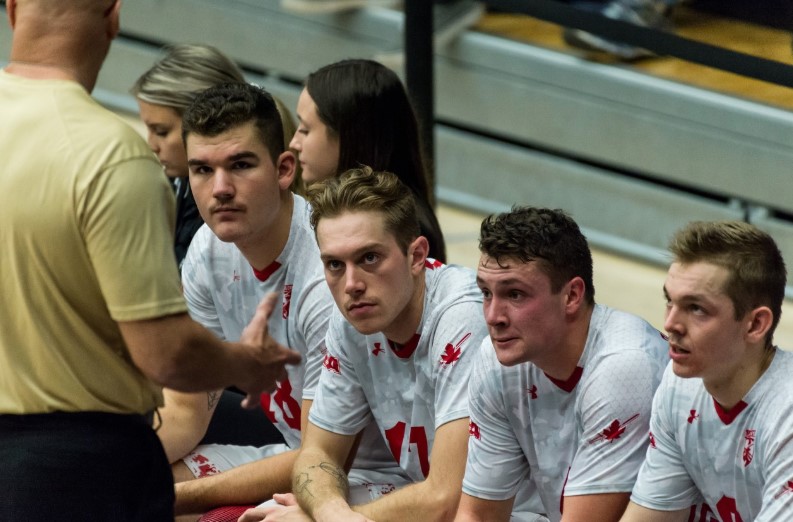 The team had another fantastic weekend competing at the Toronto Open, our last competition of the 1st semester.
Day one was colour belt and black belt competition. RMC had 10 competitors on day 1 (competing in both sparring and patterns) with the following results:
9 gold, 5 silver, 1 bronze. The highlight of the day was 4th year Team Capatain OCdt Kara Lee taking two gold medals, in both black belt sparring and black belt patterns.

Day two had high performance patterns and sparring, we had 5 competitors with the following results:
2 gold, 3 silver, 1 bronze. The highlight of the day was OCdt Hanna Lee taking the silver in individual female patterns, finishing a close second to a 3x national champion and world silver medallist. 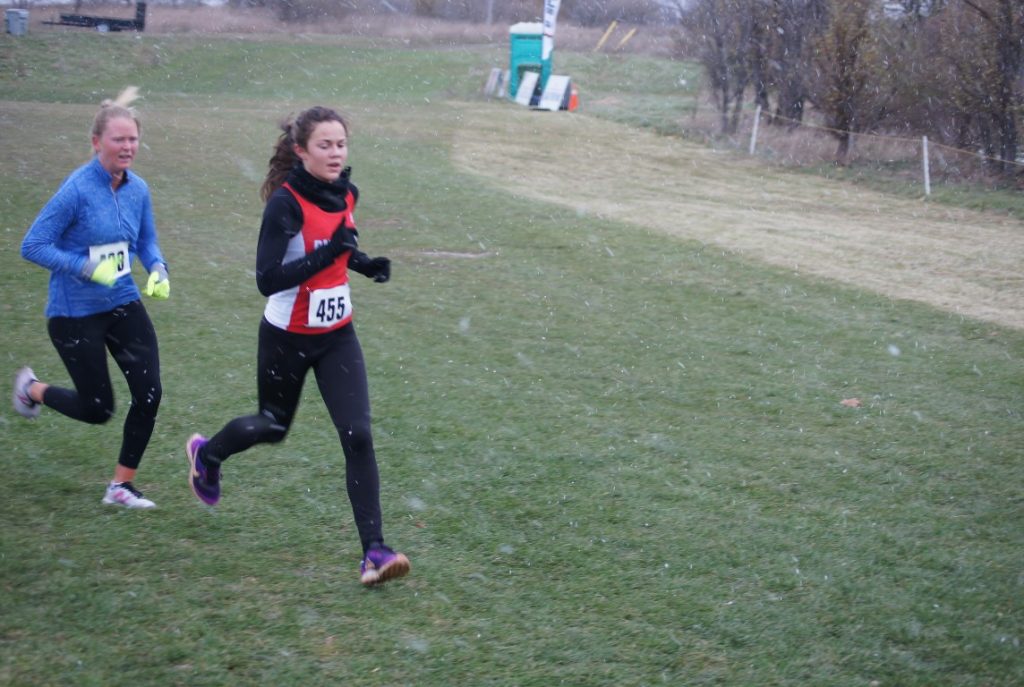 On Saturday, November 9, Queen’s hosted the USport Canadian University Cross Country Championships on the Fort Henry Hill course.  As part of the competition day, some Open Races were added to the Schedule.  Amidst a hectic week’s schedule plus a duty weekend  for the College, 10 members of the RMC Running Team were able to compete within the Open Races, with 5 running in the 8K Race and 5 more in the 5K Race.  Conditions on top of the hill were cool (or cold depending on your perspective) with temperatures around 0 or more likely below 0C when combined with a cold wind, some snow (during the 8K race and then again after the 5K race).  In spite of the weather conditions, the RMC athletes ran very well, with strong pacing and race efforts, with a couple of athletes turning in personal best efforts over their race distance, and others running close to the previous bests.  Official final race times were missing from the final results for 3-4 athletes (perhaps due to a defect in the race  computer chip in use by the timing crew) as their results were picked up as the completed some segments of the race – but not at the finish line.

The Open 8K was the first race on the Program, with about 60 runners (Men and Women combined).  The RMC runners were led by Co-Captain Gord Emerslund, who finished in 24th place with a time that I would estimate around 31 minutes (Gord’s results show times crossing each marker up to what is listed as 7.9 km but do not show his final time crossing the finish line (30:50 at 7.9 km – with most results showing about 10 – 11 seconds additional time from the 7.9 mark to the finish line).  Shanon Rochat at 38th was our next finsher (with a personal best time over this course).  Deborah Bobe (see photo – on exchange fro St. Cyr in France) led our Women competitors at 47th overall (12th Female runner).

The Open 5K Race followed with about 55 runners- snow had stopped but the cold win was still active.  Kyle Wyonch went to the front of the race and held that position through most of the race.  About 500 meters out, Kyle held off the challenge from the runner who had been in second for most of the race, but the runner who had been in 3rd put on a kick which allowed him to move into the lead position about 150 meters from the finish and he then held on for the Win with Kyle in a strong 2nd place finish.  Jonathon Degois also finished in the top 10 with his 9th place finish.  Katie Thomson was our only Female competitor in this race and ran a personal best time over a 5K Race and placed as the 7th Female finisher in the Race (28th overall).

On Sunday, November 3, the Kingston Road Runners Association held their Anniversary Run 10K Road Race in the West End of Kingston.  The course starts and finishes at the Landings Golf Course next to the Kingston Airport with the course mainly along Bayridge Drive (up and back)  and the road alongside the lake before cutting back to the finish area.  Ben Workman from Kingston (who competed for the past 4 years with the University of Guelph Team) took the early lead, with Logan Roots following in second these positions were maintained throughout the race with Ben (32:02) taking the win and Logan finishing second in 32:33.03 (his best 10K time since starting at RMC).  Our second runner in the Race, was second year Kyle Wyonch who went out in the front group of 6 and also maintained his position throughout the full race finishing in 35:55.62 in 6th place overall (1st in the 19 and under Age Category).

NEXT RACE for some members of the RMC Team will be the Open Races (an 8K and a 5K option) on the Fort Henry Hill Cross Country course on Saturday, November 9.  These races are being held in conjunction with the USport Canadian University Cross Country Championship Races.

Judo also made their way to Toronto, competing in the Ontario Open as one of their first major events of the year.

The RMC astronomy club took in the stars at Algonquin Park, taking the time to visit the Algonquin Radio Observatory and learn more about the science that happens there.

In a tune-up for their upcoming trip to Mount Kilimanjaro, the RMC expedition club traveled to Lake Placid, NY, to conquer Mount Marcy. 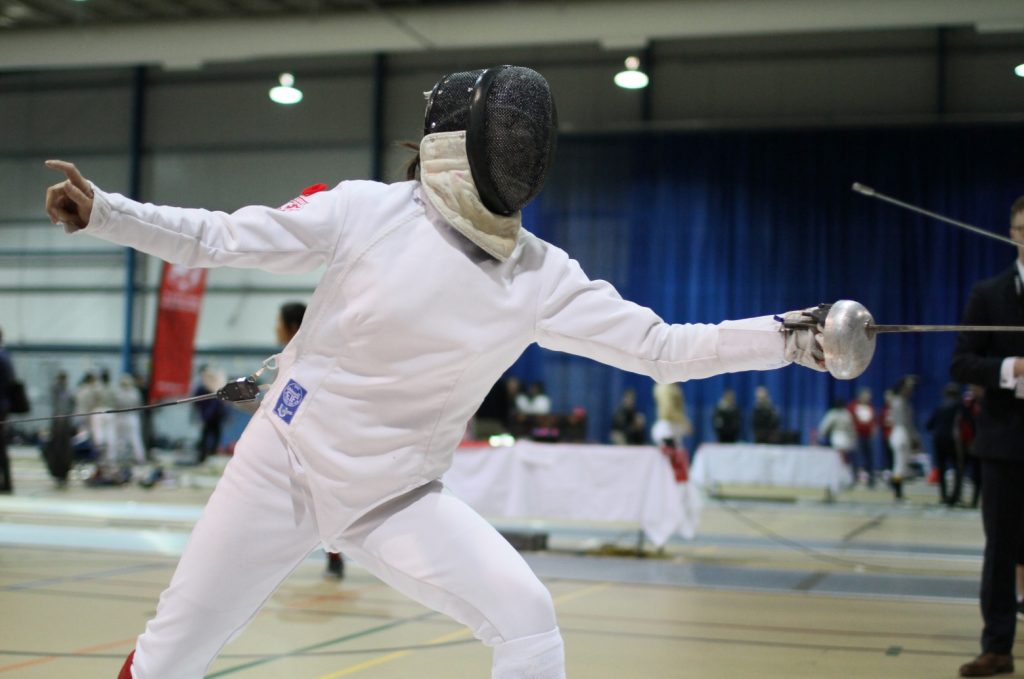 Kingston, Ont. (November 3, 2019) – The Paladins hosted the 50th Annual RMC Invitational team tournament on the weekend, with over 160 fencing teams attending. Notably, military delegations from Sweden, Great Britain, and USMA West Point made the trip for this milestone event.

Every year, Kingston plays host to one of the largest team fencing tournaments in North America. The 50th edition of the RMC invitational saw record numbers register, with nearly 500 individuals from opposing OUA schools, private clubs throughout Ontario and Quebec, and a few visiting military delegations.

“We wanted it to be big and feel like a major event, and it was as big and as bold as I could have imagined,” head coach of RMC fencing Patricia Howes said. “In keeping with the idea of CISM, which is ‘Friendship through sport,’ that was really the goal of what we were trying to do. I’m really pleased that so many of the foreign delegations chose to come at the same time.”

The top Paladins teams qualified for the quarter-finals in a fierce field of competition, but women’s sabre, men’s sabre, men’s epee, and women’s foil couldn’t make it through to the medal rounds. Howes was unfazed by a lack of hardware coming RMC’s way, with her focus on the OUA Championships in February. 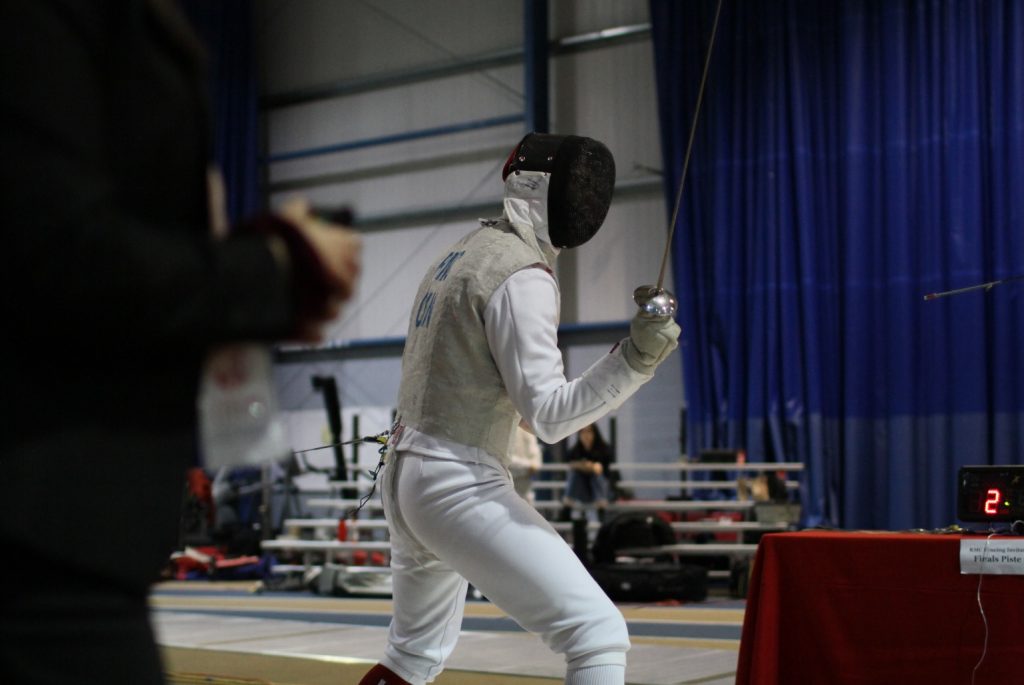