A large turnout of all ranks, at the Senior Staff Mess last thursday, 14 December were in the Christmas / holiday mood at the RMC Staff Appreciation Reception hosted by the Commandant, BGen Sébastien Bouchard.

The annual bash had to be rewarding for the first year, down-to-earth, what-you-see, is-what-you- get, Commandant.  The majority, in the jam packed crowd, including faculty and staff had smiles from ear-to-ear during the entire two hour function. This 2017 version had a nice energy flow for sure and one was just glad to be part of it.

BGen Bouchard and CWO Hoegi took the opportunity to heap praise and express their appreciation for the production and support to the staffs from all departments at all levels. Two individuals were singled out for performance ‘above and beyond – the call of duty’. We understand that there were to be a couple of more, however, the individuals, due to illness, were not in attendance.

M0824 Rick Melanson, Director – Quality Assurance (photo left) among many other things became a leading face of the highly successful 2017 United Way Campaign.  He was a leader in a number of special college initiatives, that helped raise in excess of $60k in support of the UWC.

E764 Lieutenant Colonel Arthur R. Jordan, Director, Plans and Strategy (photo right) was a prominent member of a small committee that raised high profile attention to the National Day of Remembrance and Action on Violence Against Women.

The RMC Unit Fund sponsored the popular event; this financial support ensured the SSM staff were able to put together a great spread of goodies which were enjoyed by all! 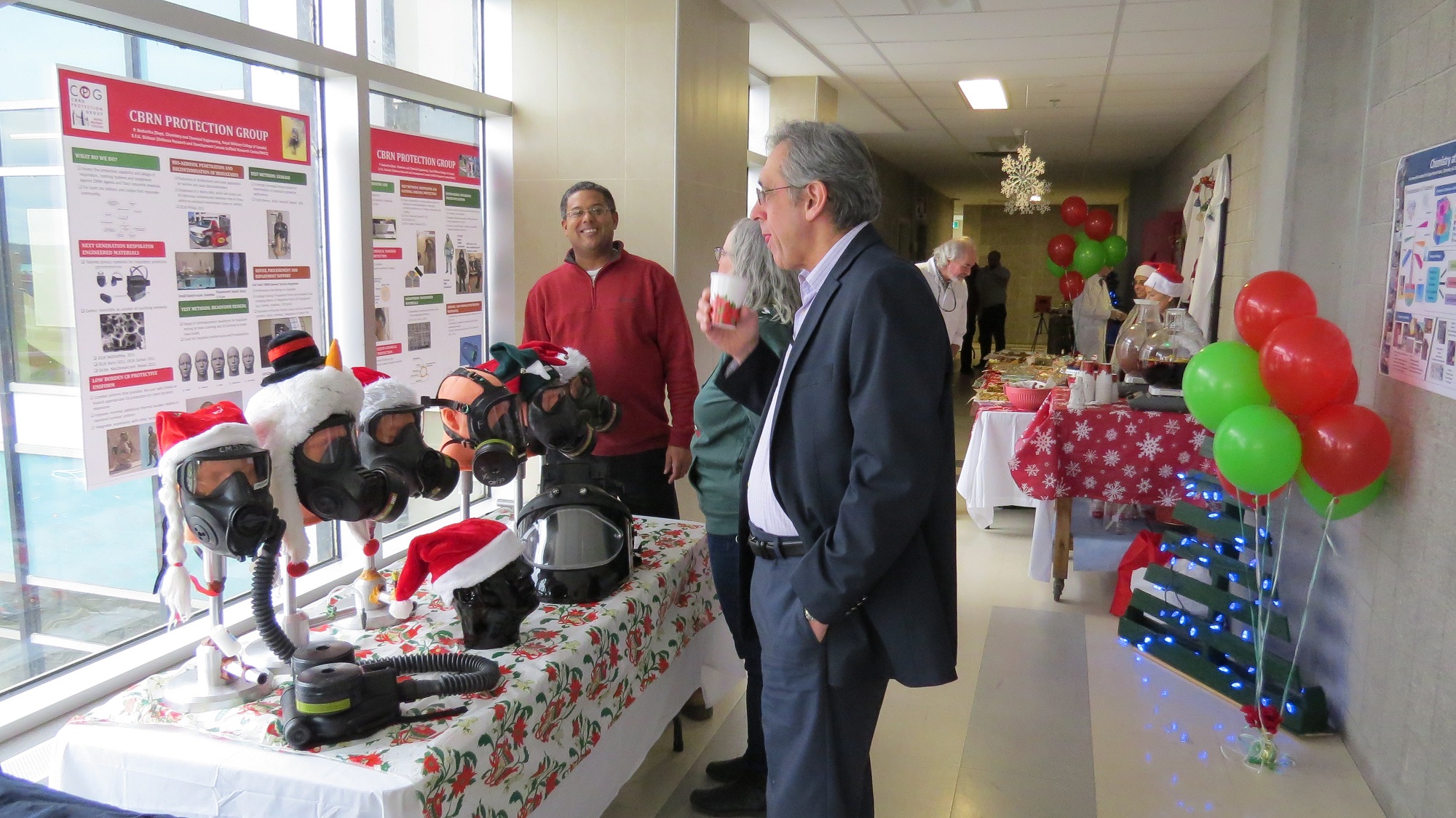 On December 1, the Department of Chemistry and Chemical Engineering hosted their first Holiday Extravaganza.  It was a fun and exciting afternoon filled with experiments and demonstrations that exhibited chemistry and chemical engineering applications in the real world.  The afternoon also highlighted some of the innovative research and highly regarded work being done in the graduate and undergraduate programmes.

“I would like to add my sincere appreciation to all who organized and volunteered their time, talents and baking.  It was simply a wonderful afternoon and extremely well-appreciated. Well done!” said Dr Kowal, RMC Principal.

During the event, individuals were invited to tour the Nuclear Reactor Facility, eat ice cream made on the spot using cryogenic liquid nitrogen or see how a mirrored Holiday ornaments can be made using chemical reagents under 5 minutes.  “There was so much passion and commitment from the volunteers to facilitate this event.” said Dr Cecile Malardier-Jugroot, Head of CCE.

A charity bake sale also raised $205 for Martha’s Table which is very much needed at this time of the year.  Until next year.