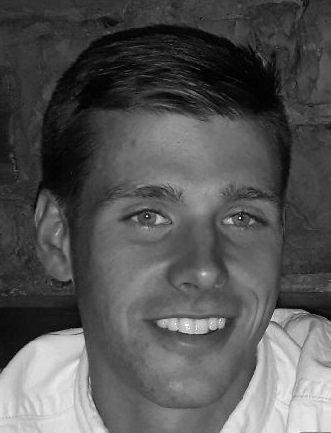 If you’ve ever been to CFB Esquimalt and had the opportunity to tour the Royal Canadian Navy’s pacific fleet, then you might have glanced across the harbour and wondered what exactly was happening over there. You may have seen a training float extending from the shore, tangled in hoses, tanks, and machines; maybe a splash or two coming from the cold ocean water; or a wetsuit-clad individual climbing ropes and sprinting between buildings.

What you’re looking at is Fleet Diving Unit Pacific, and the home of West-Coast Canadian diving operations created after World War 2 as an underwater mine counter-measure unit. For all MARS (or NWO) RMC cadets, this is a D-level career opportunity that you may get the chance to follow, and this article is meant to shed some light on the exciting, and hard-hitting world of Clearance Diving.

For this purpose, I’ve reached out to an old colleague of mine and ex-RMC cadet, 23213 Lt(N) Demetris Mousouliotis, Training Officer at FDU(P).

Let’s start with a little background information, when did you attend RMC and what was your area of study?

I attended RMC from 2001-2005 and received a Bachelor of Arts in Business Administration.  I also played on the Varsity Soccer Team

When you entered the fleet, what was your first impression of the Naval community?

I remember thinking that it was a huge organization and I was just a tiny little piece of it.

Can you tell me about the Clearance Diver trade?

The trade is full of motivated, well trained individuals who are called on to conduct a wide array of tasks.  The job can take you from teaching Caribbean Police and Military how to dive, to disarming WW2 era mines in the Baltic, to sailing on an American minehunter in Bahrain.

What made you choose this route as opposed to the normal MARS career path?

I was attracted the significant mental and physical challenges that Clearance Diving offers as well as the opportunity to lead and work in small teams.

Can you share with me a little bit of information about Clearance Divers in Afghanistan?

Clearance Divers were a part of the Afghan War from very early on because we were one of the few trades that maintained our skill set in Improvised Explosive Device Disposal (IEDD).  So, when the threat was identified as IED’s in Afghanistan, we were one of the very few groups who were ready to deal with that threat.

What would you characterize as your most memorable experience in the diving community?

What character strengths would you say are absolutely key for 4th year RMC cadets looking to pursue a similar career path as you?

You definitely need an intrinsic desire to succeed, a high level of maturity and self-confidence, and excellent physical and mental stamina.

Through your military and life experiences, is there advice you would give to a younger you as an RMC cadet?

Two pieces of advice that sound pretty cheesy but will serve you professionally and personally are:

2) bloom where you are planted – meaning take advantage of the opportunities that are presented to you and be grateful or active in your present situation.

As well as participating in submarine search and rescue, running a recompression chamber for casualties of diving, and scientific research projects, Fleet Diving Unit consists of six main components:

Each subsection performs critical and demanding tasks for the RCN, as well as maintaining a Naval Diving School for all CF divers. I myself spent what I consider, the best 6 weeks of my military career at FDU on my ship’s diver course, and what I can tell you is that you will rarely find such a can-do attitude elsewhere in the forces. Emphasis is focused on the issues that really matter, such as getting the actual task done efficiently and effectively, either with absolute precision or by brute persistence; there is no room for extra details – the job at hand gets done.