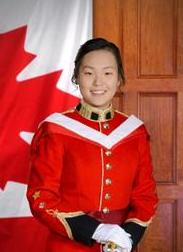 I am OCdt Jinsu Yang and I currently hold the position of a Cadet Division Leader (CDL) for D Division. For me, the most rewarding experience in this position was being there for the people. Particularly, being placed in between the wing and the squadrons allowed me to listen to both sides. Through this, CDLs are able to hear the needs within their divisions and communicate this to the wing to make a difference in the lives of the cadets.

What advice would give to a ‘Jr Cadet’ (I, II, III Year) who may be looking to fill that position in the future.

If I may pass on a small bit of advice to a ‘Junior Cadet’ who may be looking to fill this position in the future, it would be to trust the Divisional HQ staff and the CSLs. These cadets have been selected to fulfill these positions from their successful careers demonstrated at RMC and as such, it is the CDL’s job to coordinate among these positions and to ensure that we further enable their accomplishments.

What effects (if any) will the results of the Special Staff Assistance Visit (SSAV) have on your position in the future?

I do not believe that the results of the SSAV will have a huge impact on the position of CDL in the future. As a CDL, it is our responsibility to ensure the success of the people within the division. As such, it would be wise to work with the CSLs earlier in the year to identify those deficient in certain pillars to allow for success. With that being said, CDLs and CSLs should be involved within their divisions and squadrons to get to know the cadets on a personal level. This will also play a critical role in providing effective feedback for the cadets, as suggested by the SSAV report.

I think that every position at RMC comes with different experiences. However, any of these positions can contribute to enhance one’s ability as a leader in the future. I believe every cadet should take the available learning opportunities and make the best out of them.

This semester it has been my pleasure to be Montcalm squadron’s CSL. Although it comes with a lot of responsibilities, CSL has been a great opportunity to grow as a leader and I wouldn’t trade it for any other position.

I’ve had a lot of great experiences as CSL, but I expect the most rewarding one will be having the chance to lead Montcalm squadron on the Commissioning Parade this year.

The best advice I can offer to junior cadets is to make these four years count. Find a team, club, or position that interests you and make it your own!  RMC can be busy, but extracurriculars are well worth the time investment, and they’ll be some of the best experiences you’ll have at RMC.

I’ve had the privilege to graduate RMC with an Engineering degree and be the Cadet Squadron Leader (CSL) of my squadron. With this position, I would have to say the most rewarding experience is working with the other senior barmen in the squadron to solve problems and insure the squadron is running smoothly. The most disappointing experience in my position is learning about issues in my squadron from others instead of my senior barmen. If you are looking to becoming CSL in the future, you must apply yourself within the college, meet the four pillars, and give your best effort in anything you do at the college and on training during the summers. The responsibilities of CSL did live up to my expectations. Coming into this position, I expected to work with the senior barmen of my squadron in order to accomplish any task given and that’s what we did all semester. Being the CSL of the squadron, you need to help the success of your fellow cadets and Jr cadets. With the SAVV report, CSL’s will need to help motivate cadets in the four pillars, due to new requirements for graduation. All in all, my time as CSL has been a great experience.

What was the most rewarding (enjoyable) experience in your position?

This past semester was filled with many ups and downs but I think I can guarantee that if you asked anyone in this squadron, they will tell you that there were certainly more high points than low. That being said I can’t really narrow it down to a single semester defining event, more so I would say that it was a collection of reoccurring occasions that were the most fulfilling for me.

Over my 4 years here I tried my utmost to build close relationships with everyone in 12, whether 1st, 2nd or 3rd years, and so this is a mentality I kept with me over my tenure as CSL. As a consequence of this, most of my squadron members felt extremely comfortable in coming and talking with me, about anything really, but most importantly they would always give me feedback. For the most part the feedback id get would be extremely positive. Hearing people tell me that they were pleased with the manner in which I was running the squadron and that this had been one of the most stress-free semesters they had had. It was pretty much my goal to cut out any artificial stressors I could, and to hear that it had a measurable and positive effect on people was extremely rewarding.

b) What was the most frustrating (disappointing) experience in your position?

I believe that the most frustrating part of this position is simply a clash between the nature of the position itself and the way I personally like to manage. As a CSL you are for the most part, a liaison between the squadron and the squadron commander/ NCO command team. A consequence of this is that, other than day to day activities, there is a limited amount you can actually do without consulting, or referring to the squadron commander. Don’t take this the wrong way, I recognize the importance and the necessity of this relationship, it is simply that when someone asks me to do something or for advice, I like to be able to simply give an answer myself or physically go out and get that answer for them. It can often get frustrating when subordinates ask you for something and you can only answer “Ok, ill pass it up and get back to you”. Honestly pretty minor disappointment and that is simply the nature of the beast, you can always do things yourself, you have to learn to refer to others.

c) What advice would give to a ‘Jr Cadet’ (I, II, III Year) who may be looking to fill that position in the future

The greatest advice I can give to a junior cadet who strives to become CSL is: Put yourself out there, seek out unique experiences and build relationships. The way barslate selections are conducted is pretty much pass up a brag sheet about your accomplishments and we will see how you stack up to other applicants. Personally, I find it difficult to condense everything you can bring to the table into a few bullet points on a piece of paper, there are just so many intangibles that should be taken into account.

The best ways for someone to consider these intangibles is either personal knowledge of the individual or word of mouth. So get know your squadron commander, your squadron NCO and the people around you because, when I consider someone for a position I always ask around to try and gauge how people view this person, and the squadron commander is the same way. If you are a good person and you have built relationships and left a good impression on those around you, that speaks volumes more to your capabilities than simply the score of your last PPT or your GPA. It is what will set you apart from those who simply look good on paper
d) Did the responsibilities of the position live up to your expectations?

Ultimately yes, I knew fairly well what I was getting into. Id been fairly close to previous CSLs over the years and so I got to see the tasks they performed, their responsibilities and their leadership styles, from fairly close up and so my expectations were fairly grounded. I didn’t have any illusions of grandeur but one thing about the position that somewhat subverts expectations is just how much of an administrative position it is. Especially compared to other positions I have held; CSL is much less hands on and much more of an managerial role, and that can take some getting used to.

e) What effects (if any) will the results of the SSAV have on your position in the future?

I don’t see the SSAV having any negative effects on this position. It is a very necessary and crucial role in the cadet chain of authority. If anything, I hope that the results of the SSAV will have the effect of pushing more authority and consequential decisions down to the lower levels (including CSL). One of the most important things that RMC can offer is an environment to make mistakes and learn from them. With freer reign to make decisions it allows people to more effectively hone their leadership styles. A major point brought up by the SSAV was that the CADWINs were extremely restrictive and limited both the CCoA and the squadron commanders in their abilities to actually exercise their leadership. Hopefully with the SSAV results being implemented, this will allow for wider arcs to be given and thus give people a better chance to develop their individual styles.

f) Add anything else you would like to express pertaining to your experience in your position.

Just going off of somethings I have already touched on. The most important thing you can do as CSL is to know your people. Know who is capable and who needs help and the situations they are going through. At the end of the day you are the subject matter expert on the people in your squadron, these are the people you have spent years living with. the squadron commanders often have little interaction with these people and so can often be detached when making decisions about them, it is your job to bring in that human aspect and advice them on who is best for what job and how disciplinary measures should be taken. You are the bridge over the divide between the cadets and the training wing so remember who you are working for, it is not simply your superiors, but your subordinates as well. 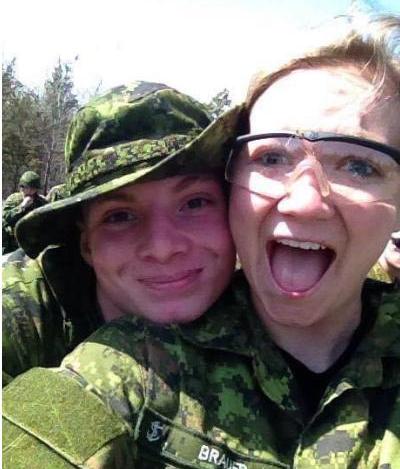 The Week That Was...

W Soccer always looking to move up in the standings...