This past Sunday (September 16), the Royal Military College of Canada concluded it’s Reunion Weekend with the annual Memorial Arch Parade. Focused on recognizing fallen ex-Cadets and to introduce members into the Old Brigade, the parade was an opportunity for ex-Cadets to mingle with each other, catch up with old friends, and connect with the current Cadets.

The parade started with a quick march past followed by a march to the ceremonial Arch. The contingent, consisting of the Old Brigade and ex-Cadets from throughout the years, marched through the RMC Campus as Cadets lined the route in a show of respect.

When they arrived at the Arch, the Old Brigade ceremonially marched through the Arch and stopped for a moment of reflection. For the next few minutes, Cadets and spectators alike took the time to recognize ex-Cadets who have passed on and reflect on their accomplishments.

The contingent then marched back to the Parade Square where they were met by a contingent of current Cadets waiting for them. Following a quick dressing, the ex-Cadets turned around to encourage the Cadets on parade.

Following three quick cheers, the parade sang the famous “Give me a beer” chant. It was a moment of comradery that connected almost 70 years of RMC tradition. 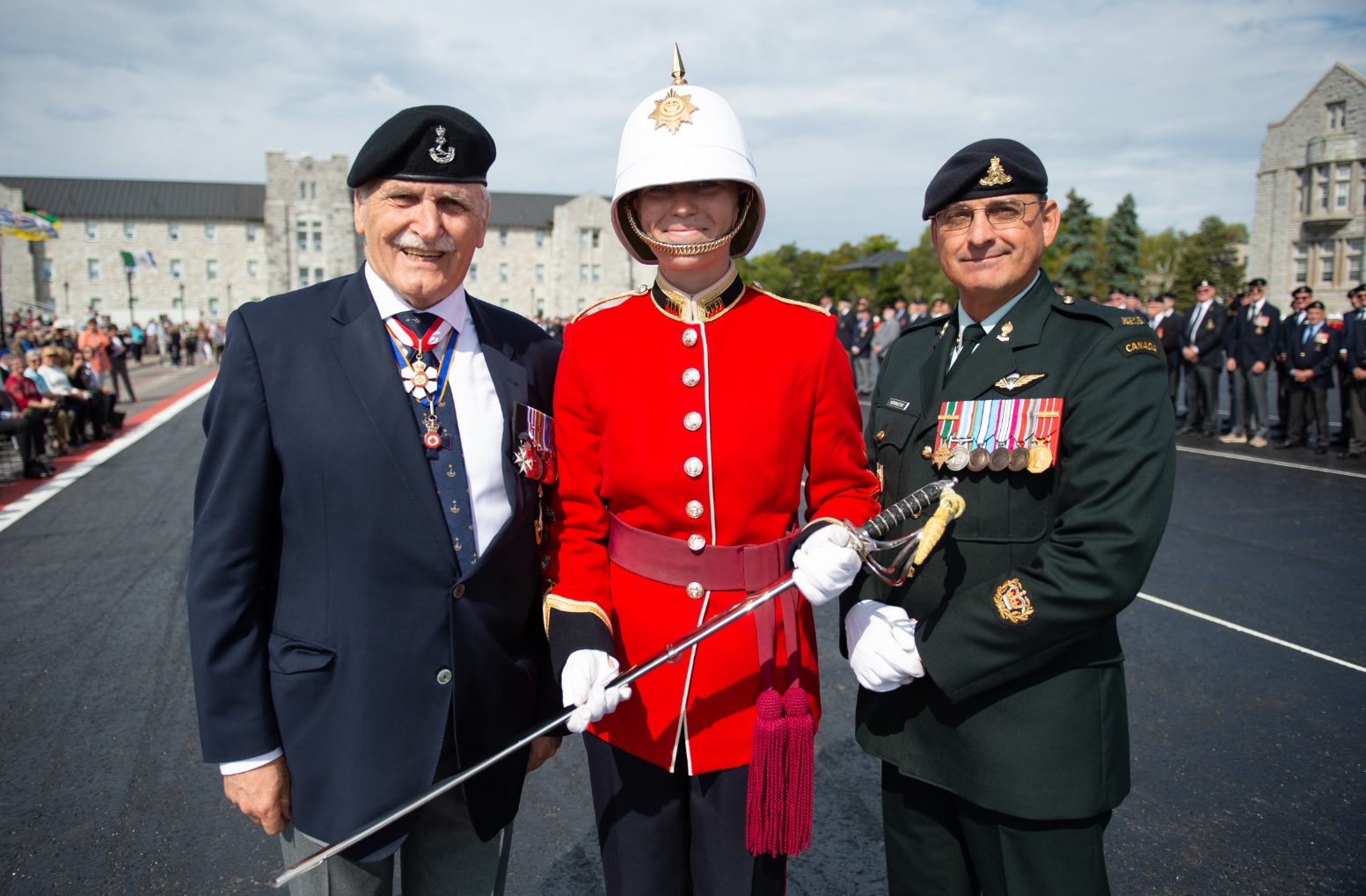 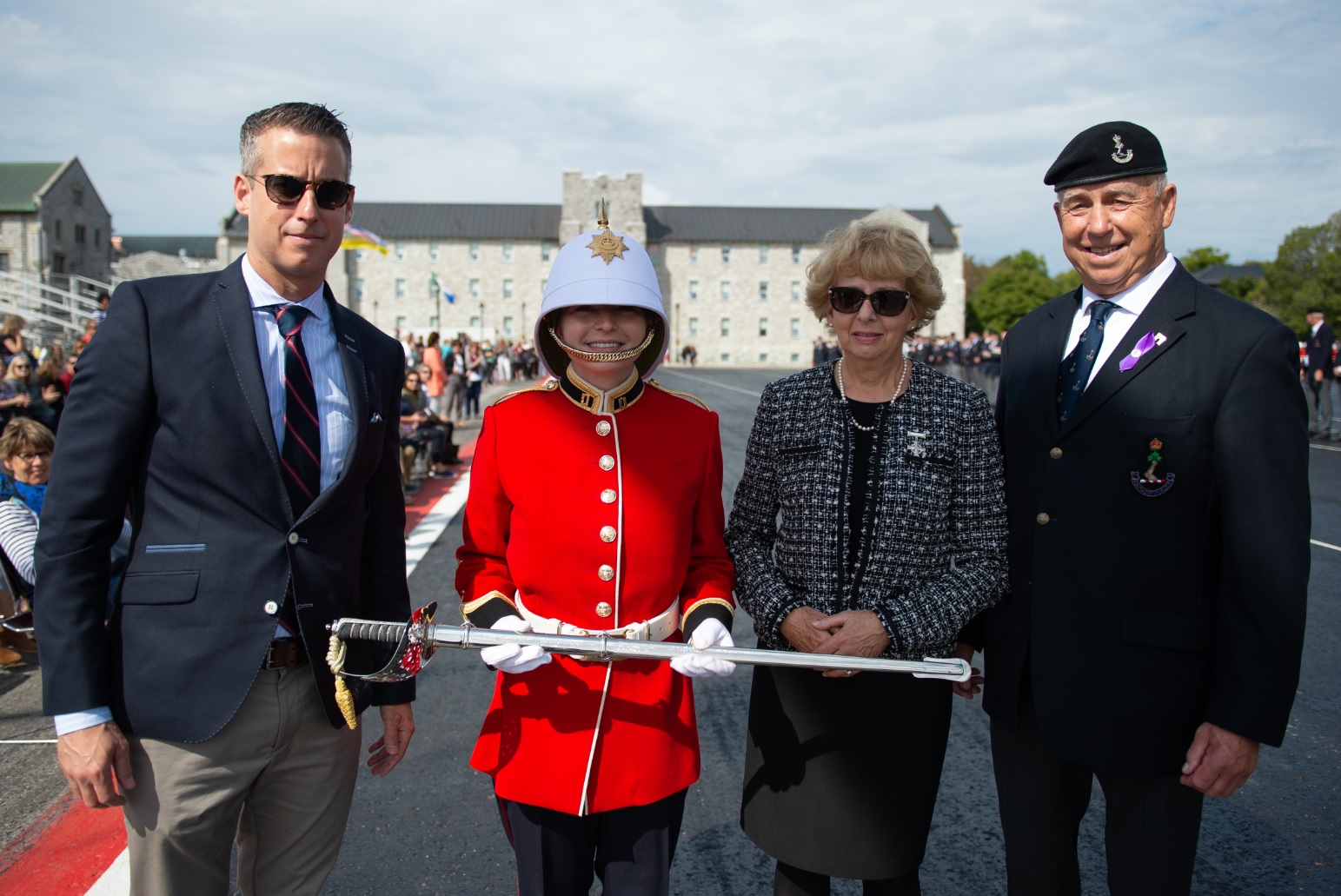 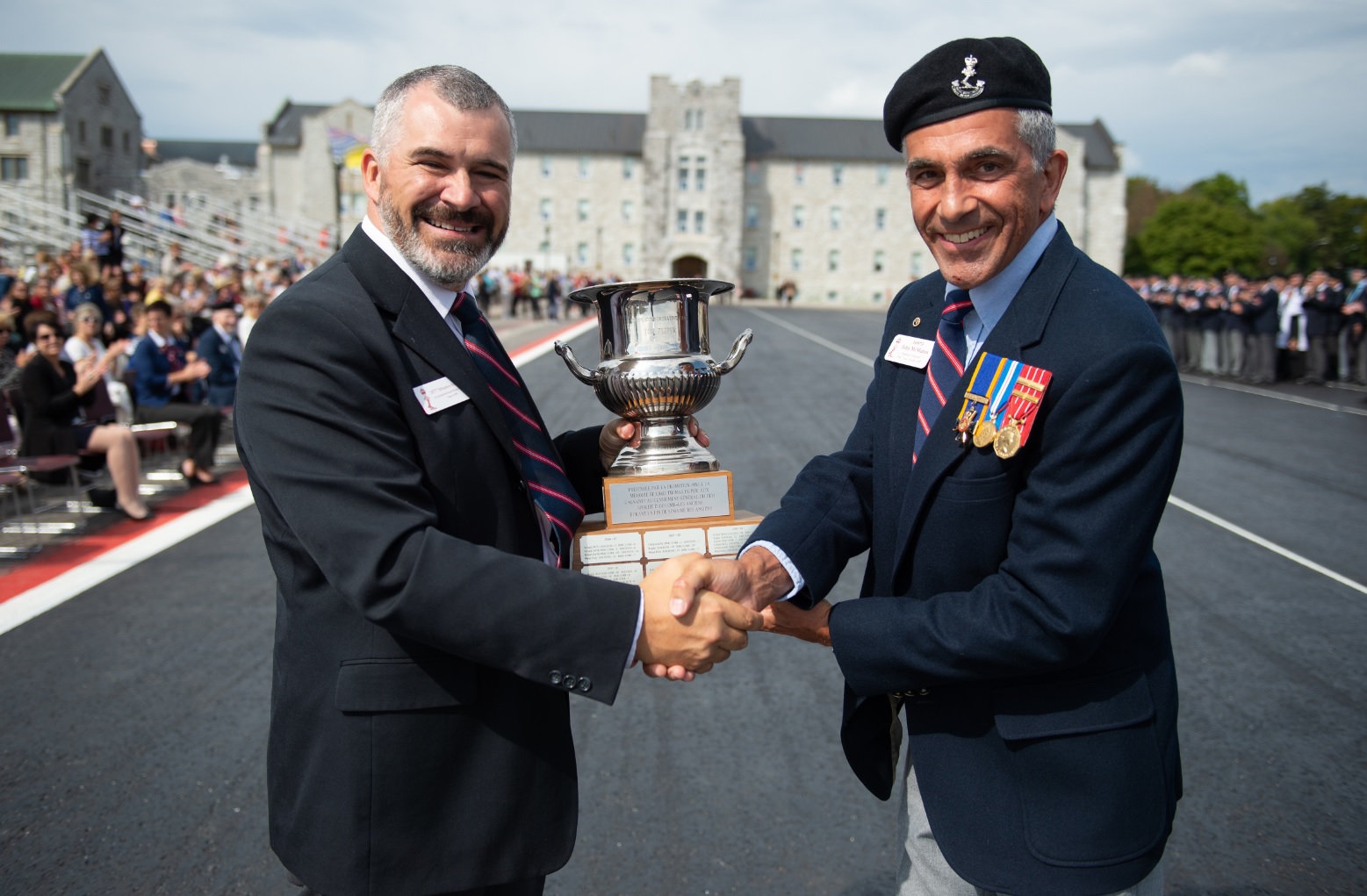 10973 John McManus (r) accepts the Trophy for the Winner of the Red & White Sports Challenge on behalf of the Alumni from RMC Commandant, 18777 BGen Sébastien Bouchard (l).

I had the pleasure of having a quick talk with H7860 LGen (ret’d) Roméo Dallaire. He highlighted the importance of connecting with others. Being able to mingle and connect with the people around you is important to the structure of a team and the overall dynamic of the group. Anyone can take a picture and shake a hand, but being able to communicate and understand one another is the key to true success.