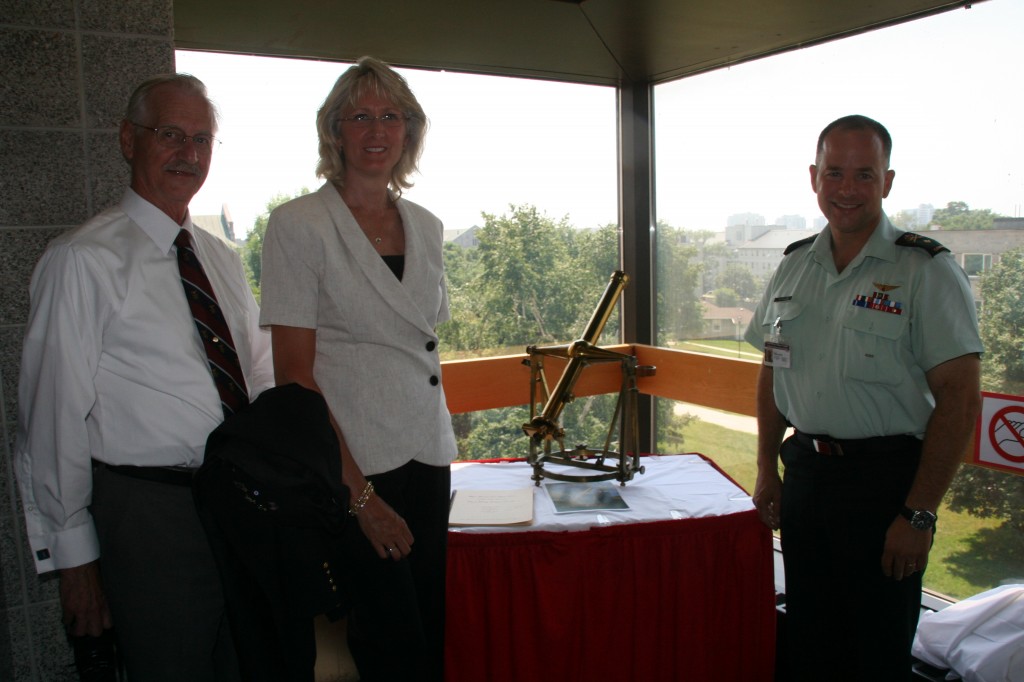 In 1877, just one year after the opening of the Royal Military College of Canada, then Maj John Ryder Oliver (he would eventually become Maj Gen Oliver) accepted the position of Senior Professor, surveying and astronomy, at the College. In 1886, after his promotion to Colonel, he became RMCC’s second commandant. And this past week, after more than a hundred years, a piece of his story came back into the light of day in a ceremony held at the RMCC Physics Dept.

“Gen Oliver needed a transit telescope to support his surveying and astronomy courses,” explained 8761 LCol (ret) Phil Somers. To that end, Maj Gen Oliver “borrowed” a telescope from the Meteorological Services in Toronto. “He borrowed it,” said Somers, “and it somehow never got returned.” LCol (ret.) Phil Somers discovered the brass telescope in storage with the Department of Physics in 1989, and after a great deal of research at RMCC, on the Internet, and in the National Archives in Ottawa, the conclusion was reached that it was, indeed, Maj Gen Oliver’s transit telescope.

On 21 June this past week, with BGen Eric Tremblay, Commandant of RMCC, members of the Physics Dept, and descendants of Maj Gen Oliver in attendance, the transit telescope was unveiled in its new location outside of the office of the Head of the Department of Physics. The display is not yet complete, as several parts of the telescope are missing and a proper display case has yet to be built, but for now the telescope, and the story of Maj Gen Oliver, are back in the spotlight once more. 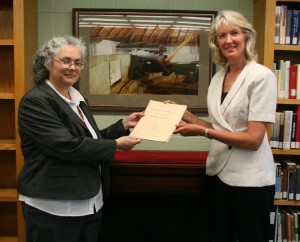 Mike and Julie Claydon were present for the ceremony. Mike is retired from the Royal Air Force, and Julie, who is the great-granddaughter of Gen Oliver’s brother, presented RMCC with another treasure. Gen Oliver kept a journal during his years on the peninsula, both as a professor and as Commandant, and it is hoped that this document will soon come to the College. In the meantime, Julie Claydon presented RMCC with two copies of the journal, one for the RMC Museum and the other for the Massey Library. The copy of the journal, and eventually the journal itself, will be added to the school’s collection of artifacts pertaining to Gen Oliver, which includes an original copy of a book published by him and three of his medals.

Mike and Julie Claydon were also treated to a tour of the peninsula, including the RMC Museum, McKenzie and Currie Buildings, as well as a visit to the Old Observatory Pedestal. This Pedestal, just up the hill from the Old Guard House, is all that remains of the original College observatory constructed by then Maj Oliver in 1885 and demolished in 1953. 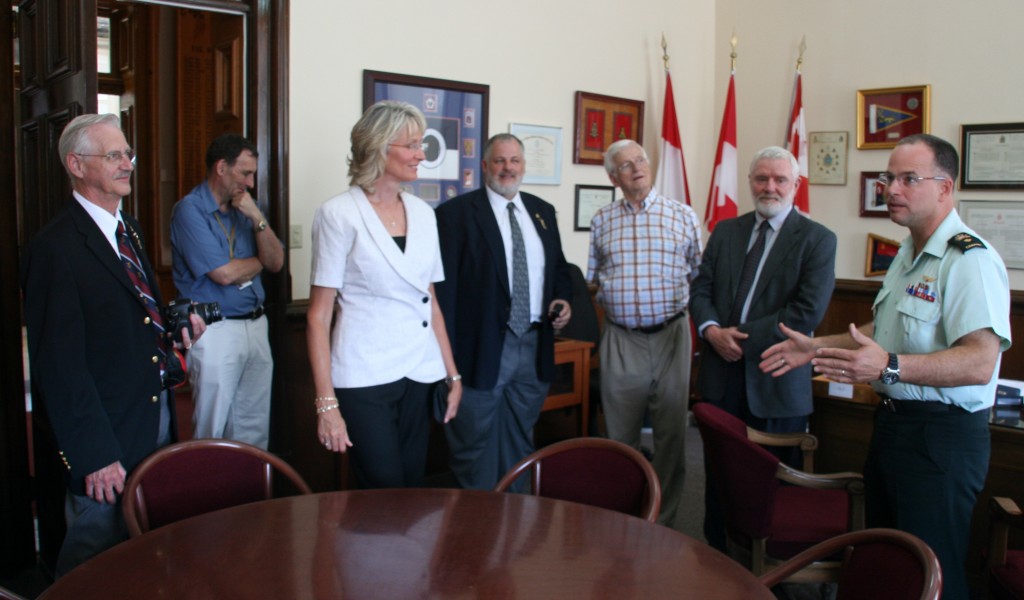 8761 LCol (ret) Phil Somers, who organized the event, had this to say about the day: “After about four years researching the brass transit telescope and the career of Col Oliver, and after many many emails back and forth with Julie, it was wonderful to meet them for the first time, and to see Julie and Mike exploring so much of RMCC and its history. Julie was especially impressed by all the work and help provided by Ross McKenzie, Orest Koroluk and Sarah Toomey. She has a whole lot of new leads and interests about Col Oliver, and she was particularly pleased with the very enthusiastic participation of the Commandant in the many aspects of the day. Getting to see the Commandant’s office that Col Oliver occupied those many years ago was a real treat for her.”

He went on to say that, “The members of the Department of Physics very much enjoyed the visit of these special guests to make the concrete connection with the brass transit telescope. Graduate student Mike Earl is keenly interested in the Transit of Venus, has observed and photographed the event in 2004 and 2012, and has given a number of excellent lectures on this very rare event. His thesis adviser Dr. Gregg Wade noted that the Oliver Journal covered the period of a much earlier Transit of Venus, and asked Julie if the Journal contained any reference to the Transit. They looked in the Journal, and sure enough, Col Oliver noted it in his Journal. Wow!”

I would like to thank all those who who helped put together all the events and conducted the various parts of the wonderful visit. I’m sure Col Oliver would be very pleased with and proud of the wonderful experience that RMC provided to his relatives so many years later.”

The telescope itself will be on display in Sawyer Building for many years to come, where it is hoped that it will inspire passing Cadets not only to a greater interest in space science, but also to connect with the history of the their College.

More photos from the tour: 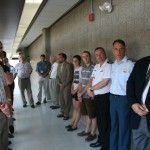 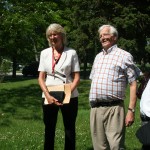