That Time of Year: Some Coming – Some Going

RMC offers so many unique and exciting opportunities to its students. Among some of these opportunities is the chance to try out and play on a varsity team. Roughly 20% of the student body is involved in the varsity program, in one of the many different teams. The varsity teams at RMC include fencing, hockey, rugby, soccer and volleyball. At the National level the teams have full memberships in USPORTS, and on the provincial level compete in the Ontario University Athletics (OUA).

In order to get ready to compete the teams train daily after classes, dedicating hours of time in improving their skills and physical capabilities. These athletes can be seen practicing on one of the many fields the RMC campus has, or in the dome during the colder months. However, they don’t only practice during the school year, but arrive a few weeks early from training camp.

After summer training, most cadets get some time off to visit family, while many varsity athletes’ leave is cut short as they return to RMC ready to train. They spend grueling hours going over drills, working out, and re-building their teamwork. Having not seen most of their team throughout the summer it can also be seen as a time to get back into the swing of things. 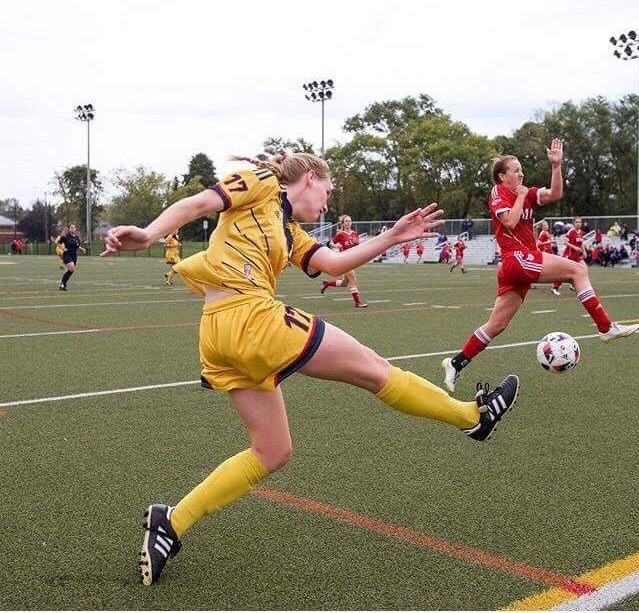 27255 OCdt Elyse Charrier, a varsity soccer player, has been playing her favourite sport for nearly 20 years. She started playing on the RMC women’s soccer team in her first year at the college, and has been playing ever since. One of her favourite times of the year is training camp.  OCdt Charrier states “coming back to RMC after training over the summer can sometimes be difficult, but it is always made easier knowing I am coming back to my amazing team. Although the days during training camp are tough, and I am almost always sore, it is a chance for me to reconnect with the amazing women I play with.”

For a brief period RMC is practically empty of cadets, as those on Second Language Training go home to see their families. The campus is soon filled with young athletes, ready to take on the new season and represent RMC.

Ex-Cadet Reflects: "It's the People That Matter Most"

Not all the star athletes at RMC are on Varsity Teams