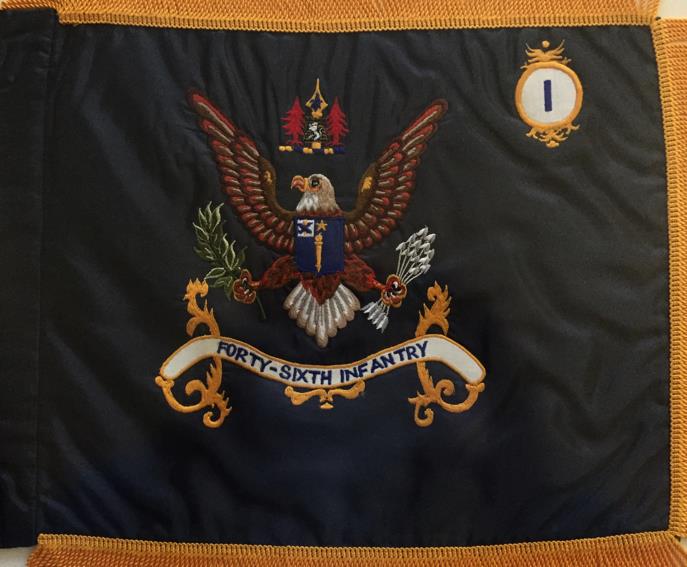 In a career as a leader situations of significant responsibility will occur rather suddenly or earlier than anticipated. Such is the case with the following vignette. A major assigned to a forward deployed mechanized infantry battalion in Germany as the replacement battalion executive officer in early June 1983 after completing the Command and General Staff Officers Course at the U. S. Army Staff College experienced such a situation. It proved a significant leadership milestone in a leadership journey with the U.S. Army ultimately spanning 27 years. There were several takeaways from the experience that carried forward to future experiences in the Army and later civilian career.

The major’s introduction to the battalion was busy. Within weeks of joining the unit it deployed for a three week gunnery and field training density at the Wildflecken Major Training Area (MTA) in Northeastern Bavaria. This experience was followed by a succession of other multi-week densities again at Wildflecken, two at Hohenfels and one at Grafenwōhr for additional gunnery, Army Training Evaluation Program events (ARTEPs) and field exercises with the battalion’s General Defense Position (GDP) Bundeswehr flanking battalion and German partnership units—some five months of field work when including deployments to the GDP area over the almost nineteen months the major would be assigned to the battalion. 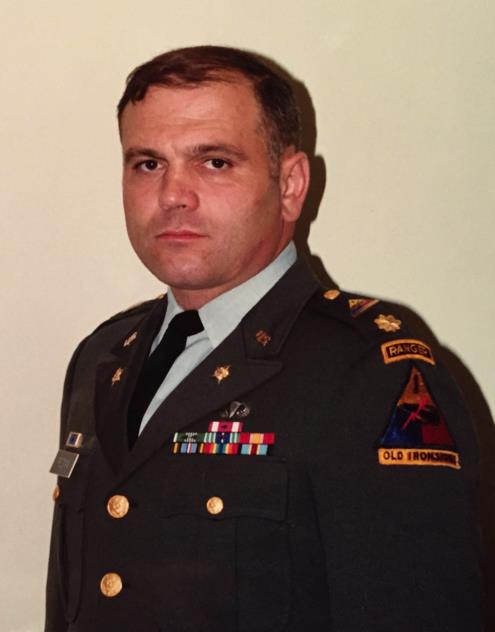 Significantly, as August began, planning and confirmation of troop lists and additional assets to support REFORGER 83, a then annual NATO reinforcement validation exercise, and the following Able Archer 83 exercise began to complete. Able Archer would become somewhat infamous as it triggered a Soviet response that repositioned East Bloc strike units forward along the East European frontier and put Soviet nuclear forces on high alert. The reason had to do with several innovations in the Able Archer 83 exercise such as the positioning of Pershing, involvement of heads of state as well as other extended forces readiness play.

Some historians believe this was one of the several times that a nuclear exchange came close to occurring during the Cold War as was the situation during the Cuban Crisis. The situation de-escalated as the Able Archer 83 exercise concluded.

REFORGER 83 began in September 1983 and involved an extensive troop list from U. S. Army Europe and the Continental United States (CONUS). Participating units were the 8th Infantry Division headquartered in Bad Kreuznach; the 11th Armored Cavalry Regiment headquartered in Fulda; and the 3rd Armored Division, headquartered in Frankfurt-am-Main. From CONUS the 1st Cavalry Division deployed from Ft. Hood, Texas. The REFORGER portion of the exercise transitioned to and culminated in the Able Archer 83 Exercise which concluded in November 1983.

At this point the battalion commander of the battalion the major was assigned to was identified to participate in the REFORGER 83/Able Archer 83 exercises. He was a native German speaker, Silesian Dialec, veteran of the Canadian Army, and had other background that made him a desired resource for the exercise. In the event, he would be operating in the Netherlands with some four soldiers and an officer from the battalion several hundred miles from the unit’s base and garrison in Erlangen slightly northeast of Nürnberg in Central Bavaria. 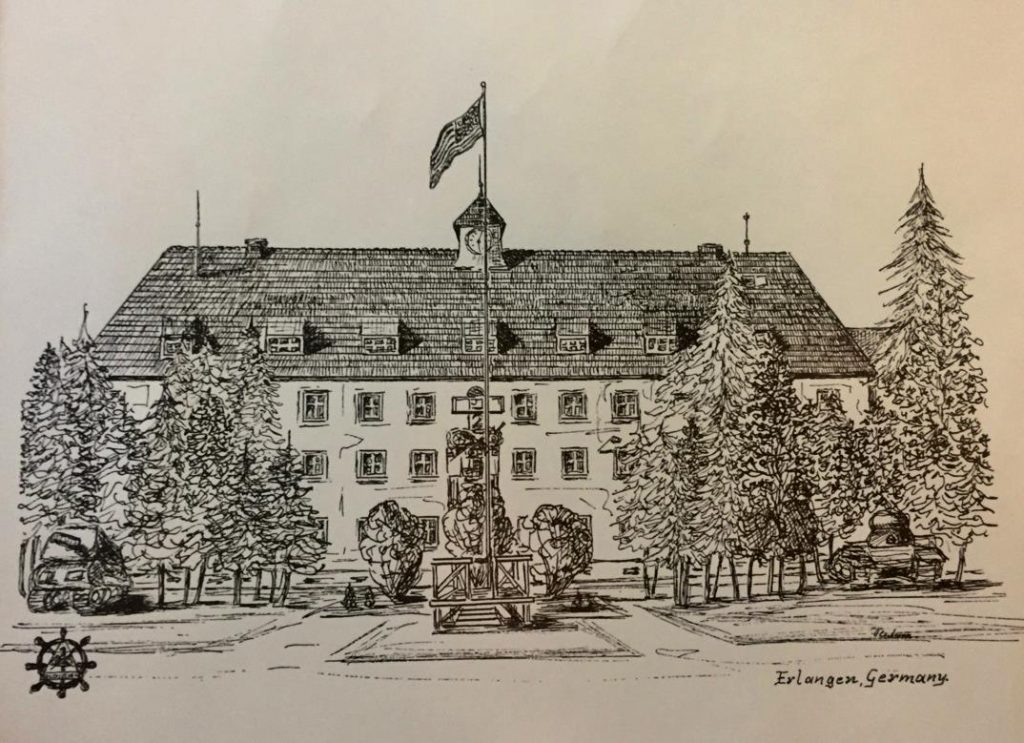 From these experiences the major was well versed in platoon, company and staff operations at battalion, brigade and division levels. Based on this experience and background as well as the major’s indicated performance during the approaching four months he had been assigned to the battalion, the battalion and brigade commanders indicated full confidence in his ability to command the battalion during the assigned commander’s extended absence—a significant demonstration of leadership ability on the part of both officers. They were confident in their own abilities and those of the major sufficient to make the delegation of authority.

The orders assigning the major to acting command of the battalion were issued. The over two month command tour of 64 days initiated.

It would be an eventful 64 days as the battalion was preparing for upcoming gunnery and maneuver densities in its busy schedule.   These intense training exercises of several weeks each, as noted, to be conducted at Grafenwöhr, Hohenfels and Wildflecken for gunnery, the ARTEP and partnership unit field work required significant preparation. Additionally, work involved planning and preparatory effort for a developing battalion reorganization to re-form the battalion to Division 86 format and integration of the M3 Bradley Infantry Fighting Vehicle.

In the latter case, preliminary work to consolidate all the company maintenance sections into a battalion maintenance organization in the headquarters company, elimination of the three mechanized infantry company 81mm mortar sections and expansion of the battalion 107mm mortar platoon from four tubes to, in effect, a battery of 6 tubes, and consolidation of all anti-tank TOW missile systems (Tube–launched, Optically tracked, Wire-guided) into a single anti-tank company, were keeping all concerned battalion staff engaged. The latter initiatives involved deactivation of the combat support company and assignment of its combat support elements, less anti-tank sections, to headquarters company.

Furthering the reorganization challenge involved with deactivating a company and forming a new lettered company, the battalion was also preparing to integrate a fourth mechanized infantry company from a deactivating mechanized battalion elsewhere in the 1st Armored Division. Overall, the battalion would increase company strength from five to six companies.

This busy schedule along with routine administration and non-judicial punishment hearings would make the period of the acting command busy, demanding and engaged.

In the event, the command period went very well. The battalion commander returned to a smoothly running battalion with no issues well prepared for the important and challenging work ahead.

From the major’s standpoint, a significant take away was the manner in which the battalion and brigade commander’s delegated authority. They provided minimum guidance indicating full confidence in the acting commander—and to note, both officers were fully capable of providing “ample guidance” when needed. There was no micro-management.   Because both commanders had done their homework regarding the major’s experience and background and had fully appraised themselves of the major’s indicated capabilities, they would only insert themselves in by exceptional situations, none of which developed in the two plus month long period.

As a takeaway the major took stock of the leadership approach demonstrated by both the battalion and brigade commanders and applied it in later roles both military and civilian. One especially applicable following civilian engagement nine years later of 2 1/2 years was as a state park region manager. This was essentially a battalion/brigade command leadership situation and the previous acting battalion command experience lent itself very well to the park system “command” environment though with a civilian twist, but noting that the park service for example was a uniformed service with an armed police component among other similarities.

Note: portions of the comment to REFORGER 83/Able Archer 83 were developed from a Wikipedia article that discussed these exercises. 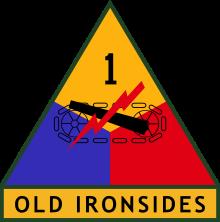