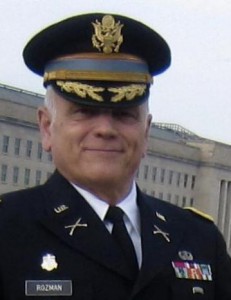 The country was celebrating its 200th year. The mechanized infantry company had been selected to be one of the parade units at the large celebration to be held at the parade ground on main post in front of the large yellow brick school building.  The company’s barracks, housing a combat brigade with an XVIIIth Airborne Corps mission, were some five miles from main post.

The company’s schedule had been heavy for the last six months. Deployments to West Texas and New Mexico for a month of operations and gunnery in the desert, four months of support to the Developmental and Operational Test 2 for the Mechanized Infantry Fighting Vehicle, re-training over 20 non-commissioned officers as infantry sergeants, and a week long Inspector General’s inspection were some of the high lights.

The coming six months promised to be as active.  In this maelstrom of activity, the company commander found himself reviewing soldiers’ files preparatory to a non-judicial punishment hearing for one of the company’s soldiers.  It was an infraction that coupled with several previous incidents and counselings caused the  platoon leader to recommend non-judicial punishment.

The company commander had just concluded discussions with the platoon leader and platoon sergeant and a separate session with the company first sergeant.  He was weighing their input.

The soldier was a specialist fourth class, the fourth pay level in the enlisted ranks.  A soldier performing well at this rank could be promoted to sergeant, a non-commissioned officer.

A handsome well set up young man at 6’ 2” just turned 20, he was athletic and looked like a college football fullback.  His father was a retired command sergeant major.  He was articulate and impressed the company commander as a soldier with a leader’s ability.  He was of African American heritage and exhibited some of the attitudes being experienced in the Army at the time.  As the company commander thought about the progression of events that led to the present situation, some of the young man’s behavior seemed a function of these attitudes.

The offense being charged was well documented.  The commander had determined to handle it at the company level but had reviewed the case with the company’s supporting JAG (Judge Advocate General’s Corps) officer.  In the opinion of the JAG, the case if contested to a Court Martial would stand.  There were preceding situations and the company had dealt with them progressively and constructively.  The soldier was not correcting his behavior in response, and the behavior was worsening.

As the company commander gave the issue more thought several key themes stood out.  The company was over strength.  For most of the preceding six months it had operated at 194-222 soldiers.  Its authorized strength was 187.  Despite this number of troops, the company had experienced a low level of disciplinary issues.  Much of this could be attributed the extensive level of mission activity, sustained physical conditioning and approach to leadership and troop involvement.

In many ways in the latter case, the company operated like a practical NCO Academy, encouraging soldiers through the installation’s education center and Army correspondence course programs to pursue defined tracks toward qualification for promotion to sergeant.  Each soldier’s potential was early assessed and the soldier indicating potential was mentored, monitored and assessed for progress.

This internal company focus on building NCO leaders from its junior ranks, under the dynamic personnel conditions of the times, was critical to sustaining competent leadership at all levels.  The company used the Army’s replacement system aggressively, requesting replacements against projected losses as soon as losses were identified.  But the replacement system at the time was lagging behind.  Priority in the personnel system had gone to newly forming light infantry divisions.   The company’s internal NCO academy was not a nice to have but a necessity.  And it worked.

With troop engagement along the lines of the internal NCO academy and other initiatives, each soldier at least sensed that the company was interested in him and his interests, even though the schedule was a busy one.  For the most part, the soldiers reciprocated.  And the company commander made it his business to know each soldier.

The above said, a soldier who indicated an inability to function as a soldier and committed multiple infractions and failed to respond to mentoring, counseling and other correction, was subjected to the appropriate due process.  At each level, if the soldier did not respond with corrected behavior, the process continued.  In this way, several soldiers were separated from the company through the process.  However, these examples were few over 13 months.  The small numbers were likely a result of the aggressive soldier development pursued by the company.

The company commander’s thinking through of the soldier’s situation seemed at a cross roads.  His behavior was on a trajectory that was not improving, if anything it promised to rapidly deteriorate.  From other information, he was associating with people outside the company that were part of the issue.  The company commander decided to gamble on the man—there seemed to be much worthwhile in this soldier to save.

The soldier was invited into the company commander’s office from the orderly room where he, his platoon leader and platoon sergeant had been waiting.  They were ushered into the commander’s office by the first sergeant.  Shortly, the company commander presiding, the platoon leader, first sergeant, platoon sergeant and the soldier present the hearing proceeded.

The charges were read with the platoon leadership presenting their case and the soldier was allowed his opportunity to respond.  The commander also asked the first sergeant to comment as appropriate.  The commander questioned all parties on certain points such as efforts by the leadership to work with the soldier to correct previous behavior that led to the situation at hand.

The soldier was asked several questions concerning his failure to respond to these efforts over time to bring him to standard of behavior expected.  The soldier responded.

The discussion concluded, the company commander recessed the hearing to consider his determination.  The nature of the charges were such that their seriousness warranted significant punishment,  ideally punishment that when published communicated to other soldiers that such behavior would not be tolerated and if it occurred it would be strongly sanctioned.

Also, the punishment needed to send a strong signal to the soldier being charged  that continuing behavior in the direction he had been going would be firmly dealt with.  The company commander determined to reduce the soldier one rank, apply the maximum punishment and restriction.  But he would suspend the reduction  for several months

The company commander then shared his personal assessment of the soldier with him.  He told him that he was the image of an Army leader—he had the physical presence, the athletic ability, and the personality to lead and lead well.  He was articulate and smart.  He could be anything he wanted to be—it was all up to him.

As well, he came from a good family.  His father was a distinguished soldier.  He represented these fine people and their hard earned traditions and accomplishments into his generation.   How did “he” want to go forward?  Did he want to honor his family and his people?  Did he through his continued service want to bring credit on his people?

At first the soldier presented a hard face—but then there seemed to be a sense of something larger than his immediate situation.  There also seemed to be a glimmer that he understood his role in that larger thing.