The Alpha and Omega of a Military Career 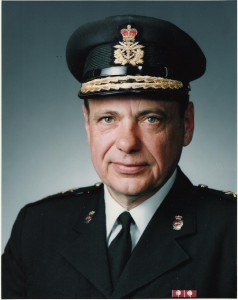 “Get off of that bus, Recruit!” screamed a young fellow in a black battle dress jacket with red stripes on his matching dark trousers. I remember trying to move quickly to melt into the crowd. There were, at least, a hundred others like me all trying to squeeze through the bus door at the same time. And all of us were trying to be invisible.

It was 12 September 1952. I was over 3000 miles from home. Kingston was a hazy memory and already I was questioning my decision to attend Royal Roads Military College. As I stood there in blazer and flannels in the hot B.C. afternoon sunshine I was sure that I had made a mistake. I fancied the other road that I might have taken. Queen’s University in engineering and living at home! I could picture myself still in Kingston, face painted purple, dressed in jeans, drinking beer and probably trying to climb a greased pole or engaged in some other equally creative endeavour.

My forlorn companions and I, through a combination of high school cadet training, verbal threats and fear, actually found ourselves in a rough military formation. It was a near miracle that this had happened because, if left to our own devices, we might have made military history by creating a platoon formation with only a rear rank!

Cool satisfaction was apparent on the faces of those already in uniform (Cadet Officers). They strutted around and through the ranks directing, in loud voices, that high school rings, indications of city, province or other such childish marks of identity and self-importance had no place in this college. These items were to be immediately removed and placed out of sight.

This order was quickly carried out, although one could sense that we newcomers were reluctant to hide these symbols of place and recently achieved accomplishments.

After several minutes of feverish activity while we recruits obeyed this first indignity of a first year cadet, the parade was suddenly called to attention.

“STEADY UP YOU PEOPLE…. PARADE AWTTEN..TION!” There was a kind of a dais in front of the parade ground and the suggestion of a stairway down to the Castle was confirmed by a series of sharp and quick footsteps rising quickly to the parade level. Oh Lord, HE is coming our way!

The one who seemed to be in charge turned quickly and drove his right foot down with a CRACK completing the turn.

“Chief, the 1952 Junior Term of Royal Roads is formed up and ready for your further direction!” reported the Senior Cadet in short clipped words.

“Gentlemen I am Chief Petty Officer Sealey of the Royal Canadian Navy and I am in charge of your administration!”

The new cadets hesitantly turned their eyes toward the Chief. The effect of the Chief’s uniform was impressive. Blue predominated with flashes of gold and white as counterpoint. High on his left shoulder were ribbons of campaigns and service. The Battle of the Atlantic, Korea, UN Service, Victory, Volunteer, Long Service…

He continued. “The Commandant will officially welcome you later, this is not a welcome. Do you hear! You will learn that this ship (ship?) is run by the numbers! My numbers! I will lend you each a little of my domain, by the numbers, and you will, at your peril, look after each little piece of my sphere! Do you hear there?”

“I am now going to read each of your names. A number will follow each name. You must etch this number on your brain, because I am aware that ALL high school graduates have very fertile brains.”

“If you forget your number it will cause me to become upset and angry! Do you hear? Those who forget their numbers will report to me after the parade. I will be very unhappy and may become violent with those who forget. Do you hear there?”

The total effect of the Chief’s presence, the awesome surroundings of Royal Roads and his words had a sobering effect on me. By the time I had finished weighing the words of the Chief, the Chief had already past the “Gs” and I had missed my number! Fear usually precedes panic! Good Lord, what is (was?) MY NUMBER? Surely mine will be the shortest military career in Canadian history.

The Chief having finished reading all of our names and turned to the senior cadet and said, “Carry on please.”

The Senior Cadet turned to the parade. “On the command DISMISS, you will all turn right, carry your hand baggage into the lower passageway of the Cadet Block and report to the Reading Room where you will state your name and NUMBER! You will be given a set of keys. You will then report back to this parade ground.”

The recruits who knew their numbers turned right and, at various speeds of keenness, headed toward the Cadet Block. One cadet (me) did not turn or move. I eyed the Chief who was still standing on the dais with a look of cruel anticipation on his face. I dropped my bag and forced my feet to move me toward the Chief.

“You have forgotten your number…what is your name?”

“It’s Gray, D.M…Uh…. from Kingston (hoping that tidbit would garner some sympathy), Chief!”

“Your number, son, is. let me see. is.. 3667! Carry on, please… Mr….. uh… Gray…. from Kingston!” I was stunned; he actually gave me a reassuring half wink from a twinkling eye! My confidence soared! I might survive after all! 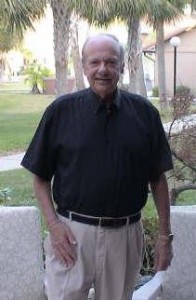 The foregoing was the Alpha of my military career, my retirement (the Omega) occurred thirty-five years later in National Defence Headquarters in Ottawa. I was then a “two star” general, almost at the end of my career. I had been wined and dined, I had inspected parades and all the rest of it to celebrate my retirement. I had traveled overseas and from sea to sea saying goodbye to mostly military engineers. My wife and I, with several other retirees couples, had been entertained in the General Officers Mess in Rockcliffe by a marvelous mess dinner that was attended by over a hundred dignitaries. I was proud of the CF and myself, but I was ready to hang up my baton.

There was just one more official duty to perform. I had to report to the Release Center at NDHQ to sign my official release papers. I really had no idea what they were, but I sensed the majesty of my rank was already deflating, and going downhill very fast.

The Chief Warrant Officer who ran the release center politely invited me into his office to sign a number of documents. When that was finished he said that he would have his Corporal escort me to the front door of NDHQ.

I remarked that that wouldn’t be necessary because I certainly knew my way around the HQ and could find the front door.

He smiled and said, “Yes Sir, I know that but you have just turned in your building pass and your ID card, and you now have no official standing.”

“Corporal, would you please escort, the General to the entrance. And see him safely out!”

And to me he said, “Goodbye Sir! And Good luck!” And that was that!