A rifle platoon had redeployed from its garrison north of Seoul, South Korea, the country’s capital city, to an air defense battery site of the 2nd Battalion, 44th Air Defense Artillery (2-44 ADA) south and east of the city.  The platoon was an element of the 1st Battalion, 38th Infantry, one of the maneuver battalions of the 2nd Infantry Division.  The redeployment was sudden and the platoon had flown the distance in a CH47 helicopter landing on the battery’s helipad at 2200 hours on a Thursday.  The platoon was the last of the parent battalion’s platoons to deploy to battery sites of the Air Defense Battalion to support an enhanced security mission for the 2-44 ADA. 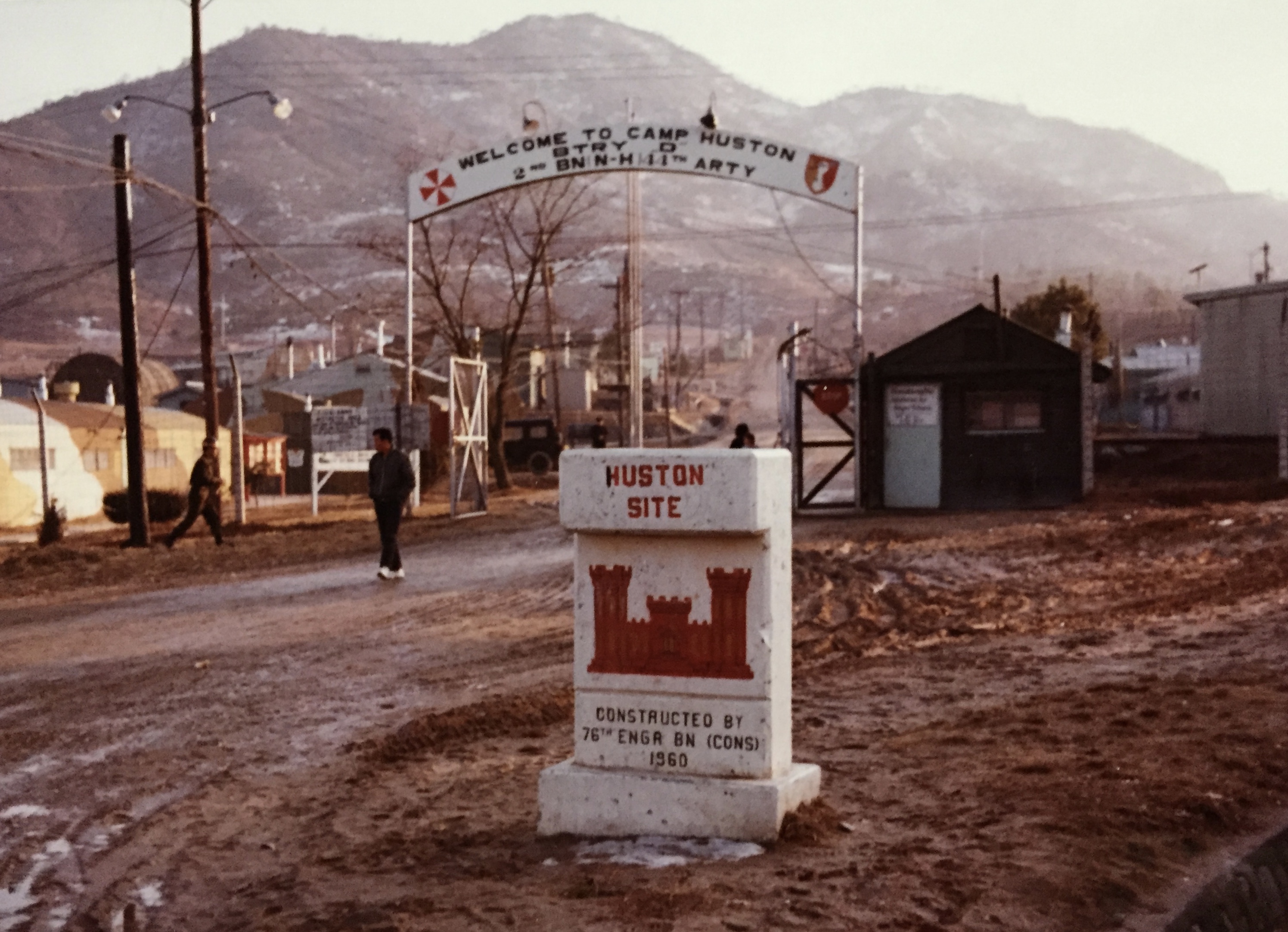 The battalion was a Nike Hercules missile battalion, one of only two remaining in the active Army and deployed to Korea with a specific mission.  The battalion’s firing batteries were organized with an organic infantry platoon with, in addition to its three rifle squads and weapons squad, an organic 81mm mortar squad.  This battery organic reinforced rifle platoon had a U. S. Army infantry lieutenant platoon leader and sergeant first class platoon sergeant.  The rest of its soldiers were Korean Augmentation to the U. S. Army (KATUSA) soldiers, soldiers of the Republic of Korea Army for duty with U.S. Army units assigned to the Republic of Korea’s defense.  The platoon’s purpose was to provide the battery enhanced security capability and the ability to defend its key elements.

The placing of the additional rifle platoon under the battery’s operational control essentially brought the battery to a small two company battalion of the air defense battery and a rifle company minus of two platoons and an 81mm mortar squad, an appreciable force to secure the site.

Additionally, the parent battalion of the rifle company had been placed under the operational control of the 2-44 ADA’s parent brigade, the 52nd Air Defense Brigade.  Two companies of the rifle battalion had been parceled out, as had the reinforcing rifle platoon to the battery, at other battery sites of the two battalions of the brigade.  One rifle company had been retained with the mission of rapid reinforcement of any site that experienced an attack.  If this contingency plan activated exclusive of any following units, a three-company force with five rifle platoons would form—a substantial force in the area of a single battery site.

As well, the battery commander, a Military Academy graduate had previously been deployed to Viet Nam and was an Airborne Ranger—an officer, though specialized in air defense, trained and qualified to operate as an infantry unit commander.  Interestingly, because no new lieutenants were being trained in the Air Defense Artillery Officer Basic Course on the Nike Hercules System, only one battery lieutenant was an air defense officer.  Most of the battery’s tactical operations were in the hands of seasoned warrant officers who had grown up on the Nike Hercules System, highly proficient in its operations.   Consequently, the departing battery executive officer was an infantry 1st lieutenant and the just arrived replacement executive officer was also an infantry lieutenant.   With the arrival of the reinforcing rifle platoon, four infantry officers were on the site. 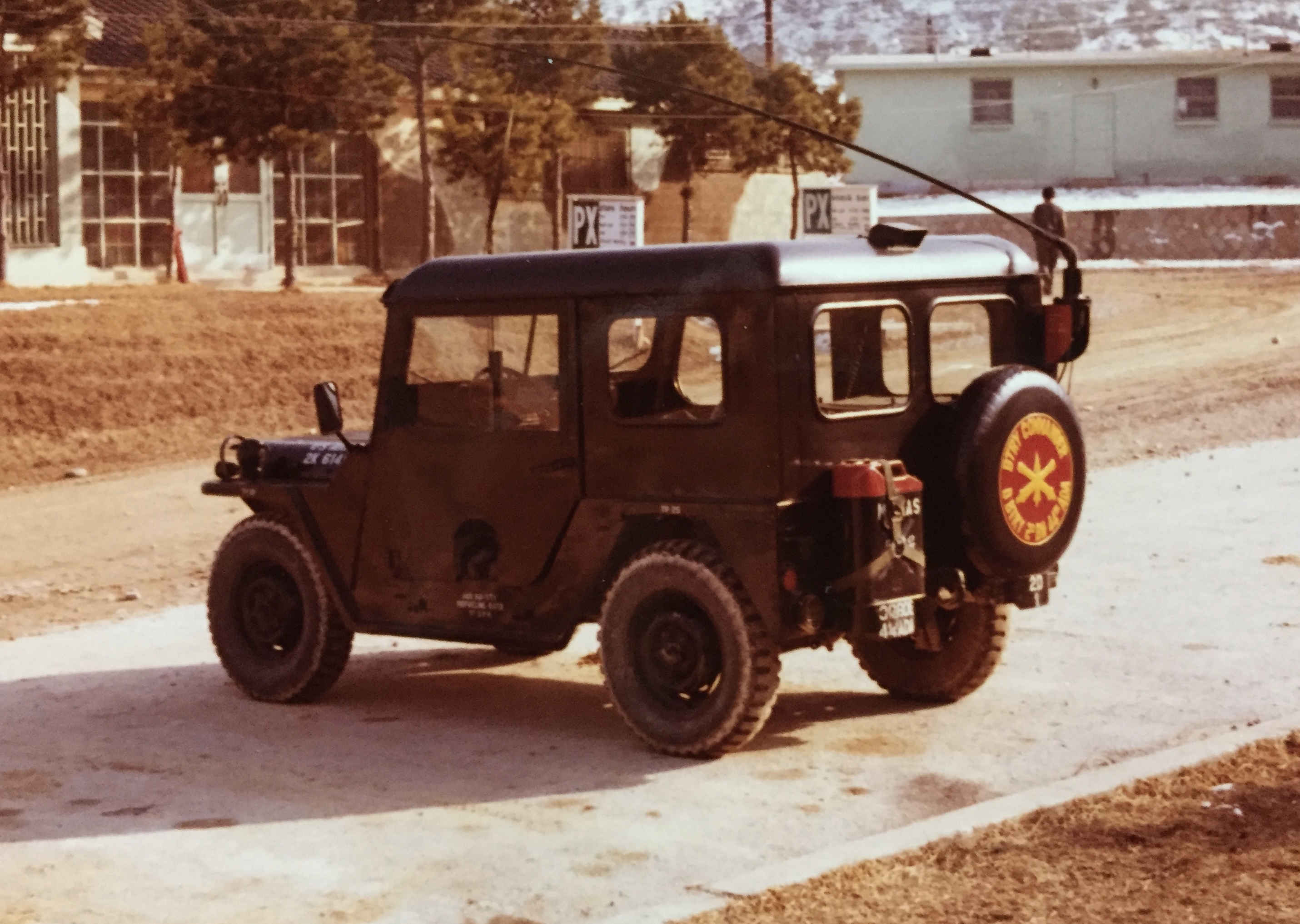 The reinforcing infantry platoon commander was briefed in summary on the battery situation by the battery commander on arrival, then in detail the next morning.  In addition to the primary mission that was causal to the deployment, the battery had a critical immediate sub-mission for the platoon.  A situation had developed recently that required an immediate focus.

Several weeks earlier, a vital cable almost two kilometers in length was “stolen” in the early morning hours.  The cable stretched from the target acquisition/fire control center located on the highest terrain in the battery area, a 400-meter plus  peak, stretching to the firing battery.  The cable was the means by which the target data was transmitted to the analog systems of the missiles.  Without the cable, the battery’s operations were compromised.

Despite the rapidly reducing inventory of replacement systems and parts for the Nike Hercules Program, a replacement cable had been located and expedited to the battery’s location and had just been installed.  The reason for the theft as best as could be determined was the almost inch thick copper core of the cable.  For a number of reasons, copper and brass were “hot” commodities in the South Korean economy at the time and a large supply of readily available copper such as the stolen cable was an opportunity too great to pass on by some local interests.

The battery commander during his following morning briefing of the reinforcing platoon leader detailed the cable situation using a topographic map of the area to indicate the trace of the cable.  Securing the cable as well as enhancing the battery’s local security at such critical locations as the weapons holding location and firing battery would form the major part of the daily mission for the reinforcing platoon.  The organic rifle platoon would be concentrated in selected static observation locations such as the M60 armed machinegun towers overlooking the weapons area and locations along the cable trace.

Still in the cold season, the ground that would have to be patrolled was hard.  There was not any appreciable foliage for the most part on the naked ridges.  In addition to the cable trace, another critical night patrol area had been designated by the battery commander in the area of the weapons holding area.  As the mission had been formed from the guidance received from the commander, the platoon would concentrate during the daylight hours as a reaction force, time that would be used for recovery by the patrol elements and to continue with primary battalion go to war mission and physical training.

At night, one squad would augment observation posts along the cable trace with dark hours foot patrols along the entire trace—an exhausting requirement with the steep sides of the hill.  Also during the hours of darkness, a second squad would conduct active patrols of the designated zone indicated by the battery commander.  These patrol sectors would rotate among the three squads to avoid over fatigue and to better familiarize all platoon soldiers with the battery area against possible intrusion situations.  The weapon’s squad’s teams would augment patrol elements as necessary.

The third rifle and weapons squad elements not involved in night patrolling would concentrate at the platoon command post during the dark hours on a sleep designated watch schedule as a reserve and to rest a squad that had come off active night patrol.  Weapons squad elements had “likely” scenario support roles that were practiced along with rotation to the squads as additional teams for the night patrols.  The platoon was alerted by the platoon leader that it must remain flexible for sudden changes to mission and task.

The mission was busy and demanding.  It kept the platoon fully engaged.  And the cable patrols were grueling but manageable to plan and execute.  The good news was that it was February in Korea.  Heat injuries negotiating the ridges would not be a challenge and the platoon was in top physical condition.

Operations proceeded well and no incidents occurred.  Platoon morale improved as the days passed.  Among other factors for good morale, the weather though cold was fair.  The barrack accommodations were better than at the platoon’s assigned garrison further north and the battery’s mess was excellent.  Some adjustments to operations were made as dictated by the developing situation but essentially proceeded to the original plan.

Thirty days later, the replacement cable remained intact and operational.  The battery had not experienced an attempted penetration and the intelligence picture indicated that the reinforcing local security capability was no longer necessary.  The mission had been accomplished.  The augmenting rifle platoon packed its equipment, bid farewell to the battery and made the 400 kilometer flight north to base resuming its go to war preparations.

From a leadership standpoint, leaders faced several challenges.  A virtually just formed rifle platoon in an operational theater was diverted early in its formation to an immediate operational mission under a different command and organization with a different mission.  In the situation, though a still forming team, the platoon’s leaders assumed a professional approach that used the capabilities of all leaders on the team.  A straightforward business approach was the style—“we have a mission, how best to apply the team to get it done?”  All guidance was acted on promptly and issues were dealt with forthrightly—nothing was sidestepped or swept under the rug.

As critically, the platoon’s leaders put the soldier’s needs on top of the priorities list and ensured the soldiers were supported—billeting, food, equipment, training and where necessary “constructive” counseling and mentoring. The result, only one disciplinary issue occurred on the first night and it was resolved without affecting mission accomplishment.

Over the month of the mission the new platoon bonded and gelled into a working team that on return to base was more than ready for other challenges and missions that lay ahead.   And there were missions waiting.  The deployment had been used as an opportunity by the platoon’s leadership to build the individual soldiers, squads and the new platoon into a functioning team of teams.