I was pleased to have been chosen to serve as a recruit term Section Commander in Six Squadron, with Ritchie Smendziuk as Flight Leader and Steve McPherson and Marc Fraser as the other two Section Commanders. I had become acquainted with the other three cadets during our third year, so I knew I was in for a good time!

We did all of the fun things Recruit CSCs get to do – blasting stereos for reveille in preparation for room and dress inspections, using the same stereo for a goodnight lullaby at lights out, and spending time with new cadets who would become seniors like us in a few years.

Two events stand out from those busy weeks. One night, after the rooks were in bed and the lights were out, the four of us headed to the Mess for a well-deserved nightcap. When we returned to our hallway a bit after 2300 hrs, one of the recruit rooms had the lights on, and was the source of noise – neither of which was acceptable. Anticipating an opportunity to give the rooks some memories of running circles, or worse — we investigated. However, it was not to be!  A bat had flown into their open window and the commotion was caused by two nervous recruits trying to shoo the poor bat back out the way it had entered. All we could do was laugh and help out. 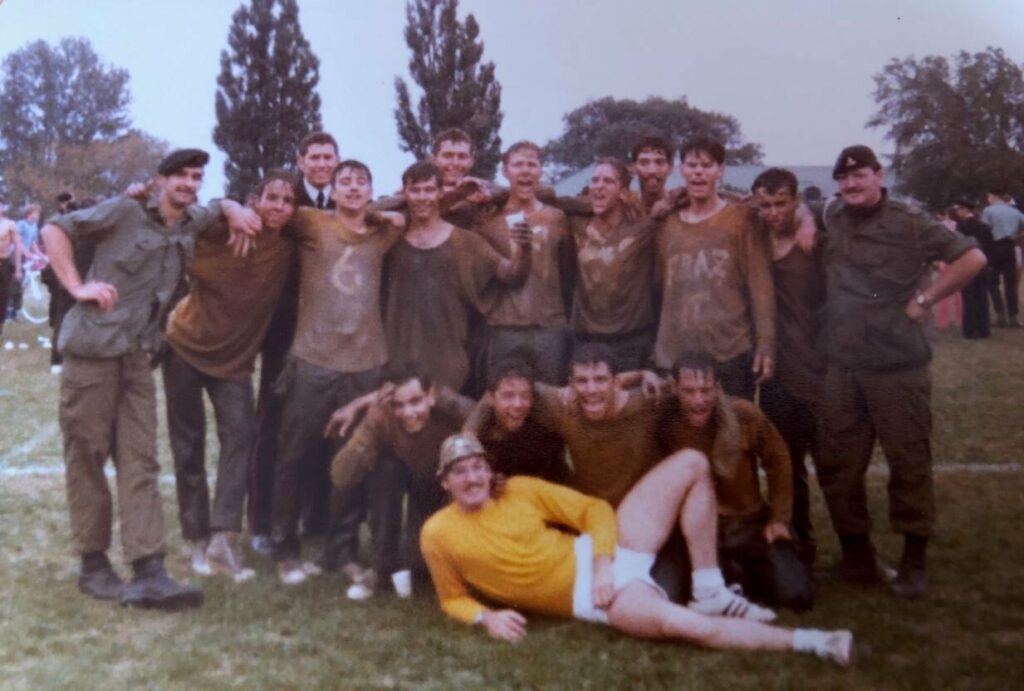 Ritchie, our CFL, had a terrific sense of humour. One of his favourite tricks during dress inspections was to look for Irish pennants – those little bits of extra green thread that sprouted out from the buttons on our military shirts. The proper way to deal with a new shirt was to carefully burn off all of those loose threads, resulting in a very tidy shirt. If Ritchie noticed an Irish pennant, he would gently pull on the thread, and keep pulling until the button fell and bounced on the floor. The poor recruit now had to recover the button and sew it back on.

One bright rook got even. During the morning inspection, there was a full ½ inch of thread emanating from a pocket button on his shirt. Ritchie couldn’t resist and started to pull on it. After several yards of thread collected on the floor, and the button was still solidly attached to the shirt, we finally noticed that the source of thread was a small spool of floss hidden in the shirt pocket and threaded through the button!