“It’s the attention to detail that matters.” 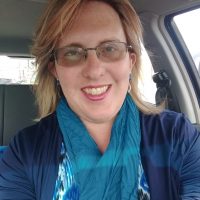 I’ve heard it said occasionally over the last few years that, for one reason or another, that RMC isn’t as “military” an institution as it was back in the day. And I don’t blame ex-Cadets for thinking as much. The College has grown and evolved even in the short time that I left and returned and from a distance such changes can be magnified and even misinterpreted. That being said, I for one would say that while the College does grow and evolve, the fundamentals of what you go through as a Cadet remain the same.

I had the opportunity recently to observe the Commandant’s Inspection for an e-Veritas post on it. Stepping into that hallway and seeing the Cadets lined up brought it all back. I remember well the nervousness of standing at attention outside my room, hearing the inspection party get closer and closer, knowing that while my room and deportment were perfect (or so I hoped) they would find the one area I had neglected. And sure enough, they always did. It didn’t matter how perfect you thought you had things or how ready you thought you were. Whether you’d had one pre-inspection or a dozen, there was always something you missed. And it was always that one thing that got noticed.

The same was true of what I saw in the recent Commandant’s Inspection. With the exception of that rare Cadet who actually had got things perfect, the Cadets as a whole received instruction from the inspection party on how to remedy issues so that they don’t arise again. Most such issues were minor but that’s not the point. As it was for us almost a decade ago, it’s the attention to detail that matters. It just goes to show you that the more things change, the more they stay the same.

Dr. B Asks, "What are you reading?" - The current CWC replies