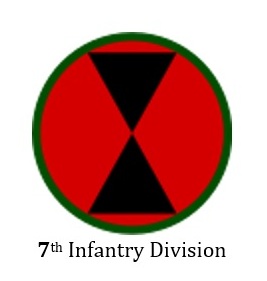 Some leaders make an impression that lingers long after one is separated by time and circumstance.  Some invoked lessons learned because of deficient effect in their leadership style and its execution.  Others left permanently imprinted positive insights that proved effective and valuable over years of practice.  Some of the latter over time and personalization became signature elements of our own leadership styles and approaches.  One such leader deserves a reflection.  The following vignette recalls a leader that made such a lasting and valuable impression.

The new Assistant Division Commander for Support (ADC(S)) of the forward deployed infantry division in Korea, a hybrid table of organization formation with a non-standard compliment of maneuver battalions, had just arrived in country.  A promotable colonel on the promotion list to brigadier general, because of a sudden departure of the division’s previous Assistant Division Commander for Maneuver and the present ADC(S)’s, a career artillery officer, reassignment as the maneuver commander, the colonel had been confronted with an unanticipated reassignment as well.   Because of a series of late breaking  developments,  the promotable colonel had been precipitately selected by the General Officer Branch at the Military Personnel Center in Alexandria, Virginia as the new support commander.

The promotable colonel had been “frocked” with his promotion rank months before he expected to be promoted.  This was a practice more common to the Navy but sparingly used by the Army when a newly selected position incumbent officer, though of an actual  lower grade,  for political, diplomatic and stature needs and other reasons had to be of a desired general officer rank.

The assignment and advance to brigadier general status had occurred so suddenly that the colonel had no general officer uniforms in progress.  One of his first acts on notification was to contact the aide-de-camp in place who remained in the division. He forwarded to the aide his measurements and requested that the aide arrange with local Korean tailors to prepare an initial wardrobe of general officer uniforms.

The newly frocked brigadier general arrived in country several weeks later after hastily decoupling from his previous assignment and arranging for his family and shipping essentials authorized to Korea. 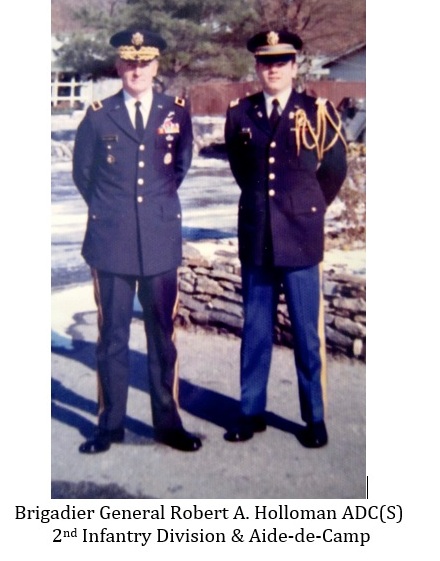 The aide had received some biographical information in advance.  The general, as an infantry 2nd lieutenant had been assigned to the 155th Infantry Regiment.  The regiment, a Mississippi Army National Guard unit that had served as an active Army regiment in the war of 1812, the Mexican War, the Civil War, the Spanish-American War, the Punitive Expedition into Mexico, World War I and World War II had again been brought into active federal service with its parent 31st Infantry Division in 1950  to increase the inventory of active combat formtions available for the Korean Emergency.

The 31st Infantry Division was one of the several activated National Guard divisions that remained in the Continental United States as a training formation.  (Four of the National Guard divisions mobilized did deploy overseas. Two deployed to Korea, the 40th and 45th Infantry Divisions.  Two reinforced Europe, the 28th and 43rd Infantry Divisions.)  Ultimately some three quarters of the division’s personnel would be deployed in drafts to Korea and Japan.  The general was one of these.  His return to Korea would bring back memories.

The newly frocked brigadier had in fairly recent time commanded the 1st Aviation Brigade in Viet Nam, a large aviation formation.  Which introduced an aspect of his career.  Through the grade of captain to include company command he had been an infantry officer with combat experience.  As a captain a few years after the Korean War he became interested in the Army’s tentative redevelopment of its aviation arm after the birthing from its assets of the U. S. Air Force, a process that had not been entirely satisfactory from the Army’s viewpoint.  The Army’s focus was orienting on the increasing tactical and operational level capabilities of the rotor wing technology.  The then Army captain became interested, applied to flight school, was accepted and soon after was awarded his Army pilot’s wings making his following career in Army aviation.

The brigadier was thus uniquely qualified to assume the ADC(S) role in the hybrid 2nd Infantry Division.  His combined experience as a combat experienced infantry officer and aviation commander was exactly in line with the division’s senior leadership needs of the moment. 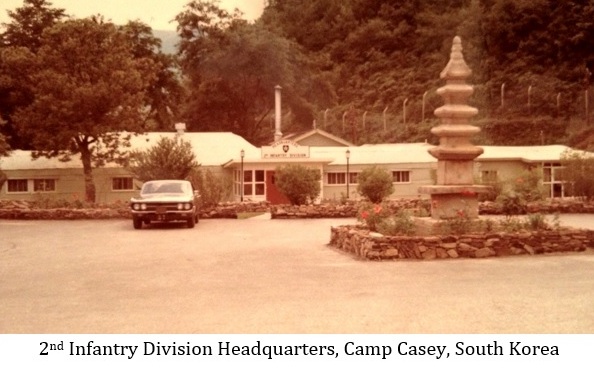 But the aide also learned that the new ADC(S) had suffered significant .50 caliber machinegun wounds to his foot while operating an aircraft in Viet Nam and had been recovering.  The aide wondered how the general would handle his physical situation against the high profile physical training program in the division.

The aide coordinated arrangements to receive the new ADC(S) were all going well.  The new brigadier general’s uniforms were ready for his arrival, and quarters and other support were in place and had been coordinated to the general’s liking.  The officer preferred a non-ostentatious profile and was minimalist in many areas.

The aide was impressed by the new division assistant commander.  He was tall, perhaps 6’ 1”.  He was medium build in good shape.  He was a red haired man of fair complexion.   He was affable and immediately put people around him at ease.  He gave the impression of a rural background, which could be disarmingly deceptive to sophisticates.  But the aide registered quickly on an underlying aspect—the general respected the dignity of everyone around him and naturally did not disparage anyone junior or senior.  Subordinates quickly became comfortable with his leadership style.  But, those paying attention also sensed that he was technically on top of his profession and he could change attitude on a dime asserting his command prerogative—something that seldom became necessary as all reporting officers and soldiers came quickly to respect this officer.

A significant aspect of the general’s earned respect was his unerring orientation on doing himself what his soldiers were asked to do.  Quickly on arrival, the general and the aide were visible throughout the division area for the 5 mile morning runs, sometimes running separately and some times accompanying a formation.  The aide learned quickly that the general would make every run, despite the pain he experienced from his wound.

Some of the general’s sense of himself came clearer on his occasional sharing with the aide of past experiences—most notably as an infantry officer during the Korean War.  One experience that explained a great deal were the events that occurred on his reaching his unit once he arrived in Korea during the intense combat in play with Chinese troops.  On processing through the replacement depot he was directed to a 2 ½ ton truck that with a group of other replacements were ordered to a regiment of the 7th Infantry Division.  The Chinese were now the foe.  He arrived in the division after dark. From division he was ordered with other replacements to one of the rifle regiments.

On reaching the regiment he was escorted to one of the regiment’s battalions, then led by a guide to his assigned rifle company’s command post (CP) where he was greeted by the commander and informed of the platoon he would command, briefed on the situation and that the platoon runner was enroute to pick him up and guide him to the Platoon’s CP.

The platoon runner linked up with him in the moonless early morning hours then the two climbing to the top of a high ridge to the platoon’s position.  Within minutes pandemonium erupted as Chinese infantry over ran the position.  The platoon fought its way back into their position—cementing an impression in the lieutenant’s mind  of  what would be necessary to lead in warfare on the Korean ridges against the Chinese.  The general had absolutely no illusions about what an infantry leader needed to be prepared do in Korea.

Later he would share the observation regarding taking a Chinese position on a ridge.  The attack up the forward slope was usually with supporting fires fairly manageable.  The Chinese usually positioned a portion of their defending force on the military crest on forward slope with over lapping machinegun fields of fire organized along the slope face from a trace of forward positions that were fortified with tunnels to the reverse slope. The machineguns were augmented with grenadiers who would roll and throw grenades down the slope.

As the attacking force achieved momentum and approached and assaulted the  forward Chinese positions and moved over them, the Chinese troops manning them would withdraw through the pre-prepared tunnels to the reverse slope.  On the reverse slope an extensive trench system had been emplaced, typically sited where supporting U. S.  indirect artillery fire would over shoot the position.  The trenches were organized to optimize machine gun and small arms fires against the attacking force as it advanced over the crest of the ridge silhouetted  against the skyline.

At this point the general emphasized that only every third to fifth Chinese soldier  had a weapon.  A good part of the Chinese defending force were grenadiers.  They were positioned along the trench work with their backs pressed into the forward wall of the trench by their feet pushing into the opposite wall.  They had arm loads of Chinese grenades, the metal rings of the arming pull strings around their fingers.

As the attacking force approached the Chinese trench system, on signal the grenadiers unleashed a grenade attack that with the final protective fires blunted the attack. Already tiring after fighting its way up the ridge than fighting over the ridge and down the reverse slope only to encounter the trench system the attacking U. S. infantry had its hands full with more to follow.  At this point, the Chinese would counter attack.  Holding the ridge became a tough challenge for the attacker.

The general had a clear eyed respect for the opponent he had fought on the Korean ridges.  As well he had a firm sense the opponent  could and had been often defeated by well led proficient infantry.

He also reflected on the almost superhuman noise and light discipline and concealment skill of the Chinese soldiers and units.  He recalled a situation where a multi-division Chinese force, preparatory to a planned attack, had massed in a valley undetected.  Unfortunately for the Chinese an alert observer caught a flash of reflected sunlight off of a piece of Chinese equipment generating a massive concentration of fires on the valley.  The Chinese loss of life was catastrophic.  Recovery of the bodies in the event was not possible for a period of time and the stench proved overpowering.

These and other hands on perspectives to tactical operations on the Korean Peninsula informed the general’s practical approach to effective leadership in Korea. He applied this knowledge and wisdom well in his down home leadership style, always extending troops and units to stretch toward maximum preparation and capability.  Those associated with his leadership came early to understand that success in any fight that might develop, in the general’s mind, was a leader’s function and leaders were expected to roll up their sleeves and get dirty doing the harder right—training hard to take on a potentially tough opponent and defeat that opponent.

The division’s new ADC(S) was a leader’s leader.  He led by example and he did anything he asked his soldiers to do.  He was approachable, he listened and he gave credence to what his subordinates shared—but a decision would be made and the unit would act. 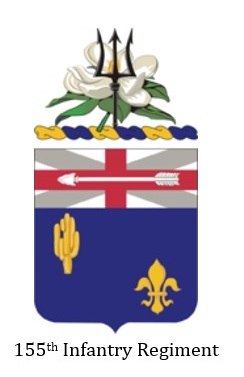