The Mess Team & The TOC—a Special Brand of Leadership

The battalion was into a heavy field training schedule in its ongoing ramp up to achieve XVIIIth Airborne Corps readiness and deployment standards.   Individual and collective training had been proceeding for the last six months.  The battalion headquarters now focused on bringing its tactical operations center (TOC) and trains elements to the targeted standard of capability.

The battalion was a mechanized infantry battalion, part of a separate brigade that had been reorganizing into a modified table of organization and equipment separate mechanized infantry brigade that would comprise the XVIIIth Corps’ initial heavy maneuver capability for several of it contingencies one being against certain middle eastern scenarios.  The Corps was the U. S. “contingency fire brigade” at the time comprising the country’s primary quick response contingency field force.  Its competent force manning and structuring and high mission capability were a Department of the Army  Department of Defense priority.

The brigade’s program of bringing itself to the deployment standards determined necessary by the Corps commander had been grueling.  The maneuver battalions in keeping with all other individual and collective training initiatives to bring themselves to targeted mission standard were pursuing aggressive programs with their tactical maneuver and support command and control.  These programs included tactical exercises without troops (TEWTS), command post exercises (CPXs),   and field training exercises (FTXs).  The former two formats did not require deployment of the entire battalion but only select leadership usually company and above for TEWTs and primarily the TOC and Trains command and control for the CPXs.

The exercise scenarios for the CPXs in particular focused on individual skills and collective skills of the command element, the S-3 (Plans, Operations and Training) Section with its signals, air and nuclear, chemical and biological elements, and the S-2 (Intelligence) section.  In the case of the TOC for a mechanized battalion this involved an extensive array of individual and collective task capabilities.  Specific to mission function were the tasks involved with maintaining an effective radio and land line communication network, receipt of intelligence and processing and communication of same, receipt of orders from brigade, generation of orders to the companies per commander’s determination, intent and guidance from the staff planning and field orders generation process and dissemination of these orders, to the tactical displacement and siting and establishment of the TOC with necessary site selection and site reconnaissance.

Additionally, there was an almost unlimited list of critical equipment and operator task proficiencies that were essential to the TOC’s functional effectiveness.  The drivers of the M577 command post vehicles, a variant of the M113 Armored Personnel Carrier, the rear two thirds of the vehicle having a raised hull section that with erection of the tent extension from the track rear created a weather protected space and radio communications base for the TOC element associated with the vehicle to operate from.  The TOC element consisted of four of these vehicles the S-3 vehicle, the Communications vehicle, the S-2 vehicle and the Fires vehicle (107mm mortar platoon, a four mortar battery).  The headquarters company command post and its personnel and equipment co-locating with this concentration for security and element command and control purposes established a substantial concentration of battalion command and control. 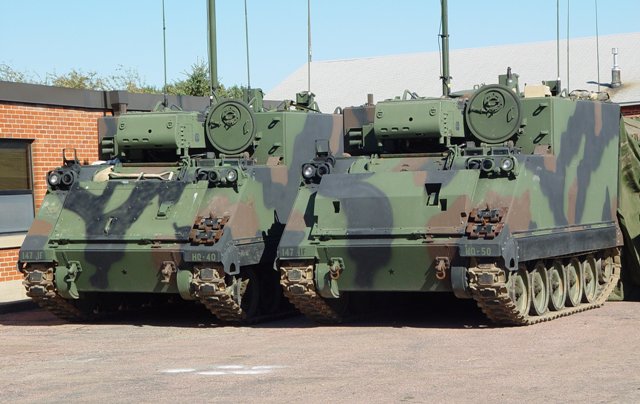 Pictured are two M577 Command Post Vehicles side
by side as they would be in some TOC configurations.

When these vehicles had been sited in the selected location, the operators and other section members erected the tent extensions. The vehicles were usually arranged in such way that a larger weather protected work space resulted and the radios mounted in each of the vehicles could be used if other radios became inoperative provide temporary back up until radios could be returned to operation.  This complex once in place required constant attention to vehicle systems maintenance—most critical once the complex had formed being the generators.  The vehicle operators, being multi-tasked members of the TOC team as radio operators, generator operators, runners when necessary and part of the TOC security perimeter, were busy soldiers.  Individual and collective task proficiency in all areas was critical to smooth operations.

The same applied to all members of the TOC team.  The communications officer and his team as an example not only had the same vehicle, generator and radio tasks but the land line, antennae installation and operation and checking of all communications links to brigade and sister battalions companies and units attached or under operational control.  The work of the communications team was a 0000-2400 hours function….it never ended.

Adding ancillary elements and vehicles, the several wheeled vehicles assigned to the command group, S-3, S-2, signal, fires elements, the TOC could see as many as 11-15 vehicles involved in its tactical operations.  Adding the requirement for the TOC to exercise displacement every 24 hours or more frequently if the battalion was operating against a comparably capable force, less under situation indicated circumstances, it was a dynamic and fatiguing operation for all assigned.

Enter the “hero” of the TOC.  The battalion was three days into a week and a half FTX.  The TOC had displaced sometime after midnight and was emplaced on the side of a rocky, tree covered ridge.  The dirt track approaches were not easily navigated even in daylight and the uneven, broken and sometimes unsteady nature of the track running into the TOC position was rough to almost impassable for a large wheeled tactical vehicle.  In the dark, anybody negotiating the trail was taking his life in his hands.

The night TOC shift was still on duty and exhausted having had to maintain operations through the late evening displacement to the new site the day before.  The shift crew and leader was the battalion S-3 Air, a captain. By 0345, the night shift was pushing the envelope of consciousness after approaching 96 hours of continuous operations.

Then, over the noise of the generators the unmistakable roar of a M35 2 ½ ton truck engine could be heard as it forced its way over rough ground.  The Headquarters Company mess team leader had arrived and made his rendezvous with the TOC team.   By 0420 the mess team was dispensing hot rations from their truck mounted field kitchen.  But before that happened, the mess team leader had on arrival immediately had a marmite of steaming hot tar black messhall coffee made available to the TOC night shift.  This black nectar of consciousness, the most soldier aromatic of coffees, brought the exhausted and freezing night TOC shift back to life. 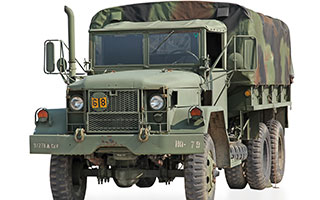 An M35 trick with tarp…the mess truck referred to would have a raised tarp about four feet higher than the photo shows to accommodate the stoves other equipment and to allow the mess team to stand in the truck bed and prepare food. A ¾ ton trailer with tarp was typically towed by the truck to haul other food service equipment and supplies.

That the mess team leader had found the site and been able to negotiate the torturous track into it was one thing, but that his product was so good at delivery was almost a feat bordering on the miraculous.  And the mess team was always in good spirit even though they had been operating since early evening the day before.

The special leadership displayed by the leader of this team and others performing this duty made a deep impression on all soldiers who received this support.  In its form it was a leadership that reinforced others on the battalion team, in this case the battalion’s command and control elements…the battalions brain and nerve center.  The soldiers of the mess team projected their important support anywhere the battalion’s tactical footprint operated.  They were an important element of the battalion’s leadership profile and its credibility.

To this day I can still smell their strong black coffee.  They were and remain soldiers and leaders of a special kind.  God bless them everyone.