Some years ago a U. S. Army major was traveling in Ireland with his family.  He was the executive officer of a mechanized infantry battalion in a garrison located in Erlangen, then West Germany.  He had taken leave to travel to Ireland and visit the area his wife’s father’s family had come from before immigrating to Newfoundland in the 1840s along with other parts of the Irish Republic.

It was April and the family had flown into Dublin spending two days touring the city and then traveling by car along the Irish coast.  After a week of travel they were on the West coast at midway point.  It was time to travel back to Dublin to make their return flight to Frankfurt.  The route selected for return would drive across the island due east.

Half way across the island on the westward drive, the highway, a two lane road, drove through a small valley and on driving onto the crest of an opposite ridge, a masonry barracks appeared on the right.  The major town adjacent was Athlone. The installation had an active garrison.  The sign at the installation’s entrance identified the garrison unit  as the 6th Infantry Battalion of the Irish Army.

Though unplanned or coordinated, the coincidence was too much to pass on.  The major decided to park the car and present himself to the sentry at the gate and request a meeting if possible with the officer of the day to determine if a tour could be arranged.  The major hoped that the out of the blue request would not be too much of an imposition on the unit or the officer in charge.

With his younger son accompanying him, the major presented himself to the sentry, identified himself and presented his military identification card.  The sentry responded properly and courteously.  The major asked the sentry if it might be possible to arrange a tour of the installation.

The sentry said he would contact his immediate superior with the request and asked the major to wait in a designated area.  The major complied.

Some 10 minutes later, the sentry returned, stating that the battalion’s second in command, an Irish Army major, would be at the guardhouse within the next 10 minutes to meet the major and his son and host a tour.

At the indicated time a very well set up infantry major of the Irish Army appeared.  He wore the Irish Army’s service uniform.  It was a  sharp looking uniform with trousers and blouse of an olive green colored wool gabardine, the blouse with roll back collar, a collared shirt of a sort of taupe color and darker colored tie, service cap with cap badge device.  The Irish major made an outstanding military appearance, which spoke very well of his service.

The Irish battalion’s second in command cordially greeted the U. S. major shaking hands, identifying himself and stating that he was most pleased to be able to provide a walking tour of those parts of the installation that were not in any way sensitive.  The U. S. major reciprocated by confirming who he was, why he was in Ireland and thanking the Irish officer for taking time from his duty day for such an impromptu tour.

Thus began a 20-25 minute tour of the installation, the Irish officer sharing information he was authorized to share.  The two majors established an instant rapport.  For the American officer, the tour was an excellent window into another Army.  The main barrack building in its own right was quite interesting and historical dating to the 17th Century and the British Army.

The short tour came to a close with the Irish major escorting the U. S. major and his son back to the main gate of the installation.  The American major again thanked the Irish major for his hospitality and generous sharing of his time and the outstanding tour.  The two officers saluted each other and the American officer went on with his tour of Ireland.

Striking in this experience was the courtesy of the Irish sentry and the exceptional hospitality shown by the Irish major on such short notice.  He made time in a busy day to share a moment with an officer from another country who was interested in his Army.  He took the opportunity to provide a very informative and professional window onto his Army.  He engaged the opportunity to be an effective ambassador and spokesman for his Army.

The American major never forgot this treatment and spoke of it often to other officers on his return and throughout his later career.  The ability of the Irish major to seize the moment and demonstrate a leader’s confidence and sense of his organization to another professional, and so well, was a message that was spread much farther afield.   It was a message that spoke well of his establishment.

A leader will be tested in many ways large and small, particularly in the military service.  Some will unfortunately miss great opportunities and as unfortunately diminish their organizations.  But some leaders sense well every opportunity to lead.  On this particular day, an Irish Army major demonstrated a mastery of the leader’s art—he set an example for his soldiers aware of his actions and he made a valuable statement to another professional—he was a first rate ambassador for his Army.

I note that I encountered this same exceptional behavior some ten years ago at the citadel in Quebec City.  I was visiting the store within the Citadel interested in obtaining a 22e Régiment tie.  Not finding one I inquired of one of the ladies working in the store if a tie was available.  The young woman said that the regiment did have a tie but the store had none in stock.  I mentioned that I was a retired U. S. Army infantry officer of Québécois heritage and the tie was a memento of my visit to the city that I had hoped to obtain.  She asked that I wait a few minutes—she would talk to the manager. 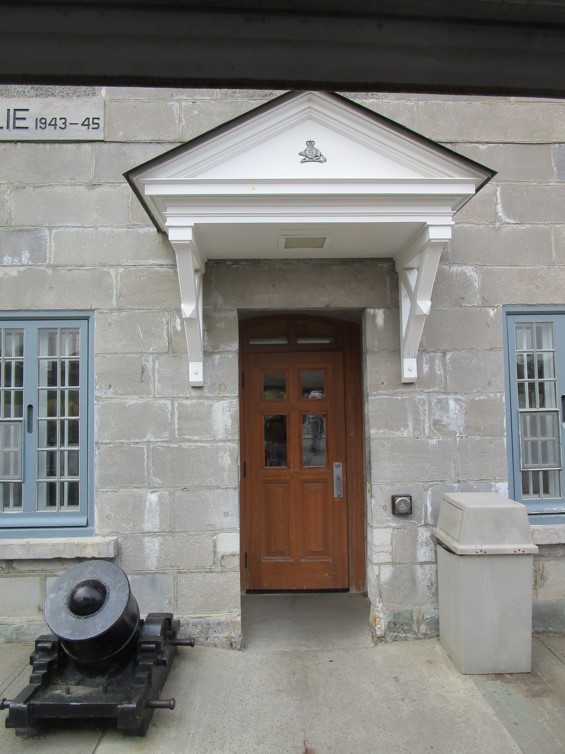 A few minutes later a distinguished looking man appeared. Fit and perhaps in his late 40s or early 50s.  He had a well trimmed mustache.  He politely introduced himself as the manager.

I again stated that I was a retired U. S. Army infantry officer of Québécois descent and would very much like to obtain a 22e Régiment tie.  The manager warmed instantly and said he was a retired sergeant major of the regiment; he immediately offered to shake my hand and we exchanged some information.

As with the Irish Army major, the sergeant major, as a leader, instantly seized the moment and acted.  He did so in a way that represented his corps and his Army in a most positive way that would be long remembered and shared by another soldier.  As an ambassador of his Army and country he made a great statement that continues to resonate.