The Cadet Wing parade held this past Wednesday during PMT presented the Fall Semester 2011 cadet Command Team to the Wing.

The new CWC, OCdt Lavictoire, is a Business Administration student and an Artillery officer candidate of 4 Squadron.  He is from the small town of Kirkland Lake in northern Ontario.

The incoming DCWC, OCdt Barry of 12 Squadron, is from the small town of Uxbridge, Ontario, where he grew up on a farm. He is taking an Honours Chemistry with a minor in Life Science degree, and is an Artillery officer candidate. He was DCSL this past semester, and is looking forward to bringing his experience to the next level. Says OCdt Barry, “I am very grateful to be given the opportunity to help lead the Wing. I love being involved with the day to day activities of the Wing.”

When asked about the new cadet leadership for next year, he replied: “I am very pleased with the team we have as the new Top 4 and am thrilled to work with them. I have great confidence with the new CSLs and the Top 4. I am excited for the challenges we will face in the near future and am eager for the fall semester to start.”

The new CWTO, OCdt St-Pierre of 9 Squadron, is from Québec City. His program of study is Military and Stategic Studies and he is an Infantry officer candidate.

Next semester’s CWAdO, OCdt Jakhovets of 8 squadron, was born in Minsk, Belarus. Now living in Laval, Québec, she is a Business and Administration student and her trade is Air Logistics. “I am really pleased to have been selected as the next CWAdO and I am looking forward on working with the rest of the Top 4 next semester.”

Early in March I invited the Division Commanders (Div Comd) to solicit a memo from those current 3rd year OCdts who would like to be considered for the Fall 2011 semester’s OCdt Command Team (most often referred to as the “Top 4”). The applicant was asked to identify the command position(s) they would prefer to be considered for and to explain why they should be selected for the job.

At the same time, the current Command Team were asked to consider and provide their top ten list for next semester’s Command Team, identify the position(s) recommended and to explain why.

Each Div Comd reduced their applicant list to six files which were brought to the Military Wing file reduction board. We have currently three Divisions; therefore the reduction board reviewed a maximum of 28 files (six from each division plus ten from the Cadet Wing). The board reduced this list to the ten candidates who made it to the final step in the process, individual interviews by a panel chaired by DCdts, LCol Sue Wigg. And from these interviews the Command Team for the Fall Semester 2011 were identified. 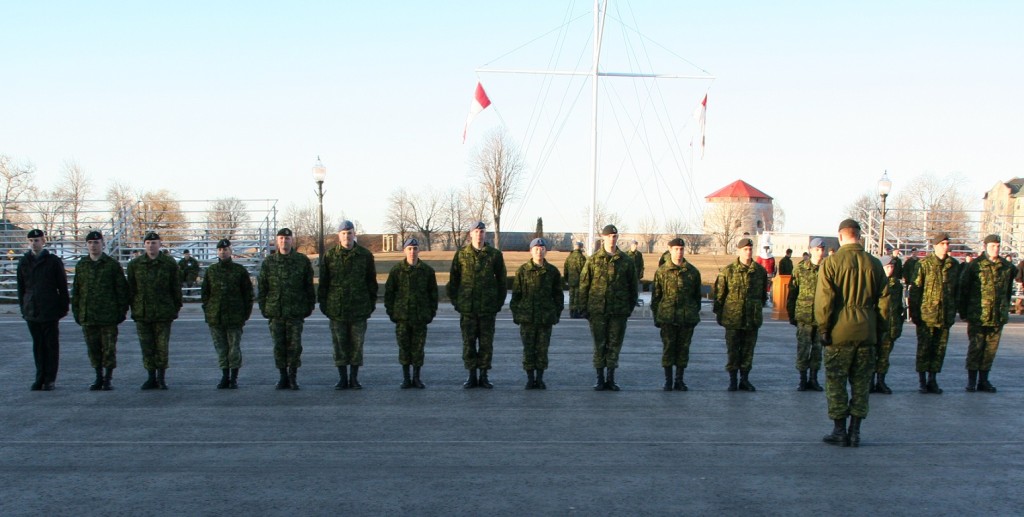